In just one month, the Bank of Spain has gone from forecasting an average inflation of 3.7% by 2022 to talk about 4%, that is, Spanish families will suffer this In just one month, the Bank of Spain has gone from forecasting an average inflation of 3.7% by 2022 to talk about 4%, that is, Spanish families will suffer this year the largest price increase on average since the year 2008 (in which it was 4.1%) and a higher point on which they lived in 2021.

The estimate is in line with that of other study services such as Banco Santander and CaixaBank that have come to place it above 4.5%, but in this case comes from the highest monetary policy institution in the country.

"In the most likely scenario, inflation could record an average rate in Spain in the 4% environment in 2022, although with a profile probably descending throughout the year (...) in the current circumstances we could not rule out that they appear Scenarios in which inflationary pressures were longer than initially planned, "he noted the sub-governor of the entity, Margarita Delgado, during the inauguration of a forum in Madrid.

According to its forecast, prices will be moderated little by little throughout the year because what has driven them so far are transitory factors, such as "the base effects caused by the pandemic, the difficulties of supply or the intense growth of prices Of some intermediate goods (in particular, of electricity) ".

However, the supervisor atisba two important risks that could take us to an inflationary spiral. The good thing is that one of them, at least, can be avoided.

The first is the possibility that the correction of energy prices is less pronounced than we now anticipate as a consequence, for example, of a recruceration of geopolitical tensions as a result of the conflict between Russia and Ukraine. Something hardly controllable by Spanish society.

In the second, on the contrary, we can act. "To date, the translation of production costs at the sale prices of the companies and the rebound of consumer prices to salaries has been quite moderate. Therefore, we must avoid a scenario in which the increases Of the prices and salaries it is feedback among themselves. "

The sub-governor emphasized that it is important to prevent the rise in inflation from moving to salaries, something that are claiming unions and trying to stop companies.

"Allow me to reiterate the message we are giving from the Bank of Spain about the need to reach agreements between the social agents who avoid the so-called second round effects. After all, a good part of the inflationary disturbance comes from an increased of goods that we import and, therefore, supposes a loss of purchase capacity of the revenues of the Spaniards, whose distribution between homes and companies would be necessary to agree, "he insisted.

Although at the moment the rises of salaries agreed in agreement are moderate (1.47% at closure of 2021) and there is no record of the increases that occur outside these, the unions are pressing so that there are higher increments and have even Order that the indexing clauses that guarantee the salary increases in accordance with the IPC and that only affect 15% of the agreements are.

The Government has not positioned itself in this debate but it does seem more aligned with the unions by proposing to raise the interprofessional minimum wage (SMI) again as of March. If the executive approves a new rise of the SMI, a drag effect will occur in the rest of the salary levels (if the salary is raised to those charged 13,510 euros per year, those who charge 15,000 will also ask for an increase, and so on) and This will encourage the demands of salary increases.

1 Considerations before Purchasing the Best Tub Pillow... 2 A dozen PP mayors travel to Brussels to denounce the... 3 Juan Mayorga, new director of the theater of the Abbey 4 Deborah Participant in First Dates Coffee has a great... 5 The controversy on voting in Congress will reach the... 6 The last technological revolution is called metaverse 7 Fear of a possible shortage in Peru after the Repsol... 8 Masks on the outside: It has not been a containment... 9 Covid today, last hour live | They find temperature... 10 The PSOE celebrates labor reform and accuses PP to... 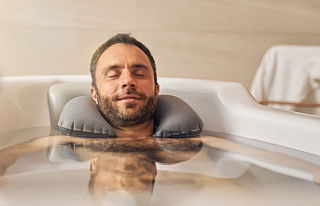