The Chinese Government sneaks into the Board of Directors of Tiktok The last dance in the Board of Directors of Bytedance will not be viral but leaves the Chinese government with a seat from which to control the company very closely, owner of the Douyin social network and its western version, the popular video platform Short Tiktok.

Through the cyberspace agency, an official body founded in 2014 that regulates Internet activity in the country, the Chinese government has invested more than 300,000 euros in the last investment round of the China Beijing BYTEDANCE TECHNOLOGY CO subsidiary, which It gives you 1% of the control of the company and a seat in the Board of Directors.

It is a maneuver that arrives after several reforms aimed at monitoring the operations of large local technological companies much more closely, and that has forced several of them to stop their departure plans into international markets.

For those who are listed in the Chinese stock markets, the last few months have not been easy either. With each announcement of intervention or new regulatory policy, the price of its shares has collapsed, in part by the flight of foreign investors.

These actions, focused on health startups and social networks and technological companies, have been justified from the Beijing Government by the enormous amount of personal data collected from users without supervision.

The justification, however, does not seem to convince out of its borders. In the USA, for example, the announcement of the Government Entrance in Bytedance has led several senators and congressmen to ask again the Tiktok blockade, even though this social network is formally unlocked from the Bytedance business structure and has a headquarters in California.

Beijing Bytedance Technology Co, in turn, is only the subsidiary in Chinese Territory of Bytedance, which has its formal headquarters in the Cayman Islands. The company controls both Douyin and the Jinri Toutiao news portal.

The idea of a block to Talktok, in any case, is not new. The administration of Donald Trump tried to impose a veto to Tiktok in the year 2020, within the framework of a growing commercial tension between the US. And China.

Bytedance came to consider even selling his participation in Tiktok to Oracle to ensure the survival of the company, but finally the US government. He let the veto periods pass and allowed Tiktok to continue operating normally in the country.

1 Call of Duty: Vanguard will be launched on November... 2 Condemned for spying and harassing his exnovation... 3 Facebook wants you to have work meetings actually... 4 Corsair HS80 RGB Wireless: Comfort and Quality Sound... 5 A hacker steals 600 million to a company ... and the... 6 Spain is the country with the most email of the world 7 Razer Hammerhead True Wireless: Gamer headphones,... 8 Tinder wants you to give you your ID so you can link... 9 Facebook, WhatsApp and Instagram Vetan Taliban profiles 10 The ESPORTS continue to gain audience despite the... 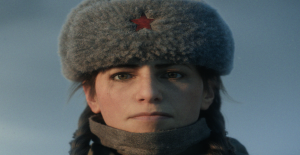 Call of Duty: Vanguard will be launched on November...