The Constitutional Court has lying down the reduction in the income tax of natural persons (IRPF) that Catalonia applied to low income, thus estimating the reco The Constitutional Court has lying down the reduction in the income tax of natural persons (IRPF) that Catalonia applied to low income, thus estimating the recourse that the central government presented while considering that the Generalitat exceeded its autonomous competences.

The Govern applied, through the Act of Accompaniment of the Budgets, two measures: On the one hand, that "the minimum of the taxpayer is, with a general nature, of 5,550 euros per year"; and on the other, an increase of 10% of the minimum exempt for low income. "If the sum of the general liquidable bases and the tax-saving of the taxpayer is equal to or less than 12,450 euros, the minimum of the taxpayer is 6,105 euros per year," he said specifically. And that is the part that the Government resorted by considering that it created a new category of IRPF, and the reason for which the Constitution has lying down, as ELNATIONAL.CAT said yesterday.

At the time of the approval of the tax reduction, the Minister of Finance, María Jesús Montero, has already pointed out that the communities "can not create new categories", which is what would happen with the sum of the general base and savings. This argument has been accepted by TC, which in the judgment agreed by the aforementioned means noted that Government "has exceeded the limits provided for by the autonomous exercise of this assigned competition".

The Constitution, however, clarifies that its decision will not affect accrued declarations, that is, that taxpayers who have already benefited from their measure should not reintegrate the amounts saved. The TC takes this decision to guarantee "legal security", and according to the calculations of the Government of the reduction could benefit something more than more than 200,000 taxpayers.

The decision of the Court is relevant by the decision itself, but also because Catalonia is one of the regions with a more aggressive taxation with its taxpayers. According to the last edition of the Day Study of the Fiscal Liberation that annually prepares the Civismo Foundation, the Catalans are the ones that should work for all the taxes to which they must face: 201 days. And according to the estimates of the General Council of Economists, the Catalan Region has already 19 own taxes, four of them unconstitutional and some as imaginative as the environment on the environmental risk of production, handling and transport, custody and emission of radiotoxic elements

1 An old woman, hospitalized after being attacked by... 2 Sánchez announces in La Palma the tax exemption in... 3 Joao Felix's anger with ... Simeone?: Always the same,... 4 The corruption scandal of the 'Tories' sinks Boris... 5 The 'right hand' of the president of La Rioja says... 6 The Supreme Prosecutor's Office opposes suspending... 7 Daniel Ortega consume the ballot 8 The Spanish documentary 'Nicaragua, Homeland Free... 9 Broncano promises Vetusta Morla to participate in... 10 The opinion of David de Jorge (Robin Food) in the... 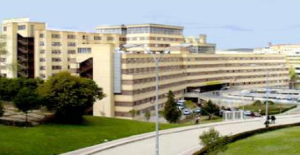 An old woman, hospitalized after being attacked by...