as a Correspondent in Brussels They are Americans, Moroccans, Chinese, or Brazilians, and, like all nationals of non-member countries of the EU, they are aski as a Correspondent in Brussels

They are Americans, Moroccans, Chinese, or Brazilians, and, like all nationals of non-member countries of the EU, they are asking when it will be possible to deliver finally the foot on the Old continent, of which the borders had been locked on 17 march. The question agitated in Brussels since the beginning of the week, as the meetings between european ambassadors on the topic are proliferating, and that the names of countries "blacklisted" running in the press. The next meeting is scheduled for Friday.

see also : recovery Plan: in the Hague, The Macron is launching a operation of charm with Rutte

Even if an eu diplomat admits that the discussions "are not easy", a first list of countries whose travelers could be allowed to enter the Union should be released in the end of the week. According to several sources, the list will probably be short. "Ten to fifteen countries up," said one of them.

not surprisingly, Brazil and the United States have already been set aside. "It doesn't work for them", said Tuesday an eu diplomat. In contrast to China. "Turkey may very well end up on one side or the other," said another source in brussels.

The preparation of this list is very complex, as multiple criteria are added to each other. First, there is, of course, the epidemiological criteria, that is to say, the number of cases per 100,000 inhabitants and the threshold below which a lifting of restrictions at the borders is feasible, but also the tendency to the increase or decrease of the epidemic in the country, as well as the health status and the measures taken in these different countries.

see also : open Borders or closed: the rules of entry in each country for this summer

The definition of these criteria and their thresholds - required hours of intense discussions between the ambassadors. "And as States often have accounts of different cases and did not update it necessarily their data, it is also necessary to ensure the reliability of the figures concerning" and straighten them if necessary, " says an eu diplomat. This work is still in progress for all countries of the globe. As the EU is concerned to be pointing the finger in case of an error.

anyway, the threshold prevalence withheld should be 16 cases per 100,000 inhabitants, a level equivalent to the average observed in the EU. The third country showing the number of cases above this threshold would be automatically excluded from the list which will be reviewed at regular intervals. In this context, it is not very surprising that the United States and Brazil, where the cases of contamination are extremely high, do not go up the ramp. Ditto for saudi Arabia, Russia, Chile , Peru and many other countries, if one refers to the latest figures from the european Centre of prevention and control.

" there is not that the motivations of order tourist. Some member States consider that it is necessary to allow men of affairs from certain third countries of return in Europe. "

A source in brussels

The criterion of reciprocity could also be taken into account, in addition to the epidemiological data. The EU borders would be closed to countries that keep their borders closed to Europeans, and vice versa. A line defended by France in particular. This approach would have the merit of simplicity and would avoid falling into an implementation based on variable geometry of the principle of reciprocity, which would be very difficult to defend vis-à-vis third States "blacklisted". However, other countries in the east, the north and south of the EU are not favourable. "There is not that the motivations of order tourist. Some member States consider that it is necessary to allow men of affairs from certain third countries of return in Europe," says a source in brussels. Discussions will resume on Friday, so, as expected, begin to re-open the external borders of the EU from 1st July. Timidly.

The editorial team conseillePlan stimulus: the Hague, The Macron is launching a operation of charm with RutteCoronavirus: agreement to the forceps of the eu on the rescue plan of 500 billion eurosSujetsEuropeChineEtats-UnisBrésilCoronavirusCovid-19FrontièresAucun comment

1 The Louvre reopens its doors and fears of a attendance,... 2 The political offspring: Is Philip Amthor a bargain? 3 Book conspiracy theories: The Belief in the lie 4 The future of the car industry: Mercedes will focus... 5 Premium for company: 2000 Euro for each training course 6 Controversial monetary policy: The ECB to justify... 7 The dispute around the use of data: reminder for Facebook 8 Fear of second wave: Gold is in demand again 9 F. A. Z. exclusive: Lufthansa-a major shareholder... 10 Corona pandemic in Hesse: So many infected young people... 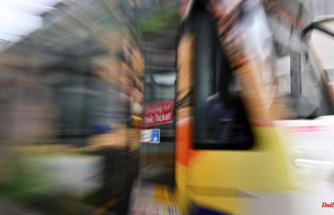 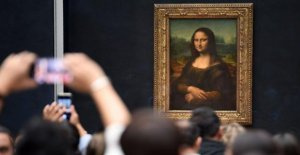 The Louvre reopens its doors and fears of a attendance,...