The PP, Yolanda Díaz: He arrived as a leader of the pickets and today is in front of the troika The PP has maintained its vote against the validation of the labor reform presented by Yolanda Diaz making a storm of its 2012 norm and declaring "proud" of it, as opposed to a new work framework that taches "recoil" and that it denounces that it is "in the conceptual antipodes" of yours.

"He asked us a question, do not confirm the labor reform? The PP confirms it," the Popular Spokesman, Cuca Gamarra, has responded, to the question released by Diaz. Thus, it has justified that this is the fundamental reason that motivates the vote of the PP, because its text has "worked" and because it guarantees a "flexibility in the contracting" that is now "dynamite" with the "counter-form" of the government. "The PP rebels against this robbery," she said.

Beyond the political arguments on the content, Gamarra has pointed in the open wound in the Government by the rupture of the investiture block, with the unmark of ERC, Eh Bildu and PNV for the breach of the promise of the entire derogation of the Reform of the PP. "You know that he has betrayed his own, she arrived here as the leader of the pickets and today for all of them she is in front of the Troika," she said. "She knows that from her own government she wants her to appear here as a defeated vice president."

Gamarra has presented Diaz as a victim of expectations that the Vice President herself had "created" about the repeal of the 2012 law and has been affected that that is why he has seen it today "insecure and nervous" when precisely "a woman With enough security "in itself".

"I am very happy," said Díaz later, who has emphasized that he is "proud" of what the new text for workers and their rights means. But that state of mind has answered him later Gamarra to warn him: "The machinery of sanchismo has been launched against you. He has entered the Exploded Room of the Government President".

One of the arguments that have repeated the formations that have opted for "no" has been that of character, which consider "undemocratic", of a reform that, despite being the result of consensus between unions and businessmen, has stolen the Parliament urging it exclusively to approve or reject it without the possibility of amendment.

The PNV, preferred partner of the government, has intervened to emphasize that he likes "consensus" but "not the impositions". Aitor Esteban has admitted that the reform decree has "very positive" things but does not satisfy his most urgent demand: to protect the framework of the labor relations of the Basque Country. For this reason, Basque nationalists reject the decree. For this reason and because it has been left out of the negotiation to the forces of Congress. "We can not look to the other side," said the nationalist spokesman who has taken advantage of to qualify "Intulerable Knantage" "we will not admit that he changed a coma" that launched the CEOE and to whom Pedro Sánchez joined.

The CUP has accused PSOE and we can have betrayed the working class. This party reproaches that the strength of the struggle of workers with a standard "tied from feet and hands" is of the demands of entrepreneurs and that violate the commitment to derogate the reform of the PP. Of "Fiasco" it has rated the deputy Albert Botran.

Eh Bildu has agreed that the decree is not the fruit of the Pact of the Representatives of the Spaniards, but of people who have not been voted. For the abertzales, the reform has many serious deficiencies. What they pretend, and for what they will continue to "fight", as Oskar Matute has said, it is for "leveling the force between the slave and the one who commands." Despite everything, Bildu has assured that today's fracture will not imply the rupture of the legislature, although he has warned, which will have to "work to recompose her".

Since the BNG has been called "fraudulent" and "disappointing" the proposal taken to full Yolanda Díaz. The spokesman for the Galician formation, Néstor Rego, has accused the coalition government to "continue what was dictated" by the EU and the entrepreneurs and desoar the workers: "Have to approve the decree with the vows of the ultraliberal right is the Better practical image "of Diaz project, has sentenced.

1 Getting a ps5 is still almost impossible 2 The productive fabric is not recovered: Spain today... 3 The 'Mata Mua', from Gauguin, will return to Thyssen... 4 Kiko Rivera does not seem to be repentant after his... 5 The ESGRIME PP that Batet violated the rules of Congress... 6 Rebellion in the macrogranja 7 Cum-ex-trial: Warburg banker faces long prison sentence 8 Washington denounces that Putin wants to justify the... 9 An ultimate guide to the blue light glasses 10 Victoria de Marichalar inaugurates Flamenca Fashion... 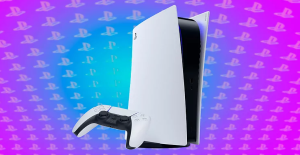 Getting a ps5 is still almost impossible