This Monday was the new PSOE executive for the first time. The new core of decision of Pedro Sánchez, an appointment designed to lay the bases of work to be c 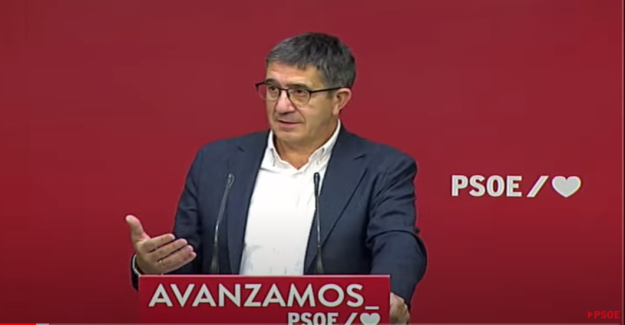 This Monday was the new PSOE executive for the first time. The new core of decision of Pedro Sánchez, an appointment designed to lay the bases of work to be carried out but who was pending and attentive to the statement made by the leaders of Eh Bildu and Sortu, Arnaldo Otegi and Arkaitz Rodríguez, when 10 Years of ETA end. "An important step, a turning point". So it values the PSOE that has now recognized the "pain" of the Victims of ETA.

The declaration made by the leaders of Bildu has focused the focus, to the point that after the appointment has appeared before the media the executive spokesman, Felipe Sicily, next to Patxi López, Secretary of Democratic Memory and Lehendakari 10 years ago , when ETA announced the cessation of its terrorist activity. "We value that they recognize that provoked suffering, who commit themselves to mitigate it, because there are injuries that they can help to scare so they do not follow open," López exposed. In this task of mitigation of wounds, the PSOE aims to end the ETORRI NGO, festive receptions to ETA murderers.

Socialists consider that we have to take into account that on the left abertzale "it costs a lot" to take steps. That is why they point out that the words read by Otegi suppose a kind of "amendment to the role of him as a supporter of what caused violence," has considered López.

Socialists have defended their interlocution with Eh Bildu since they have reached the government. In fact, they are one of the formations that make up the so-called Blob of Governance in which the Executive is supported and in addition to the negotiations for the budgets, with them came to seal a document to renew one of the extensions of the state of alarm where it is They committed to repeal labor reform. A controversial text that was modified a few hours later by the anger of Vice President Nadia Calviño.

The PSOE, in words of López, defends that democracy "is not a walled city that does not allow anyone's entry. It has open doors and windows so that those who comply with the rules and values of democracy can participate in it ". And, in this sense, he has evoked the words the former Secretary General of the PSOE Alfredo Pérez Rubalcaba, who being Minister of the Interior in January 2010 launched a message to ETA and its political environment: "O Pumps or Votes".

The minority member of the Government, United We can, has applauded Otegi's words and has called "Democrats" to "recognize the passage" given by highlighting the pain of victims of terrorism in the Basque Country.

"The Left Abertzale has taken an unprecedented step," the Minister of Social Rights and Wesel Field, Ione Belarra, who considers that Otegi "has put at the center the pain of the victims", which is why from the United States? We can claim the Constitutionalist Forces to admit and recognize the new position of the leaders of EH Bildu and Sortu.

"It is justice and democrats to recognize this step," has admitted the coPortavoz of We can, Isa Serra, who has called "progress" the words of the abertzal leaders coinciding with the tenth anniversary of the end of ETA terrorist activity.

"Recognizing it is a matter of justice and sense of state," said the former Vice President of the Government Pablo Iglesias, today Co-Chair of the Think Tank Purple, the 25-M Institute, in a line similar to the pronounced since the training.

1 The Written of Defense of Jordi Pujol before the National... 2 Alexandre Arnault and Geraldine Guyot star in the... 3 The Burmese Board announces the release of 5,600 opponents... 4 Beatriz Pérez-Aranda Reatagonizing a viral momantazo... 5 Carmen Sevilla turns 91 years: When I have given him... 6 Sean Penn and Leila George separate a year after his... 7 Zzoyl, the chef's aspirant who left the stove to become... 8 Lucas Hernández collects the prison order: if his... 9 The look of the Liberation by Ai Tsunoda, the great... 10 People who suffer a sudden loss of income will be... The Written of Defense of Jordi Pujol before the National...