After three months of confinement and off, how to restart his / her activity? In attempting, for example to reconnect with his audience. Weakened by the health 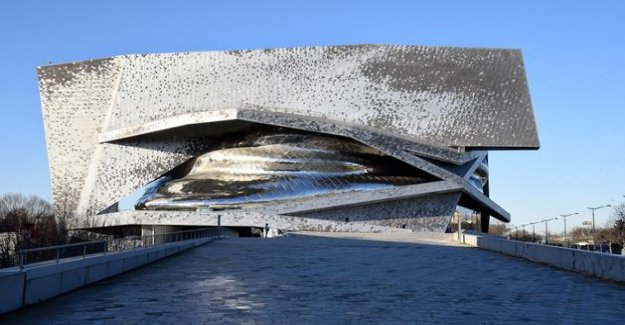 After three months of confinement and off, how to restart his / her activity? In attempting, for example to reconnect with his audience. Weakened by the health crisis and accusing it of financial losses estimated at 10 million euros, the Philharmonie de Paris will give as early as 21 June, the kick-off of the summer season. "To make music, to participate... It may be that the epidemic was most challenged," says Laurent Bayle, director-general of the establishment. In terms of education, young people's trajectories of development, better integration in society, this shutdown has broader implications."

read also : Laurent Bayle: "There will be a sorting in the 500 gigs scheduled"

The institution is thus given the challenge of regaining the pre-crisis situation health, reopening as early as this summer its doors to the public and celebrating on the same occasion, the traditional appointment with the Feast of the Music. A launch is made possible by the passage in the green zone of the region of Île-de-France on the 15th of June.

"It is necessary to go gradually"

Designed in a week, this programming is a little unusual offer on June 21, in the middle of the afternoon an open air concert of gamelan - imposing traditional instrument from Java. From his side, and to propose "a participatory approach", the choir Accentus and the musicians of the Cappella Mediterranea will invest the steps of Philharmonic hall in the company of the public. In the salle Pierre-Boulez, spectators will be able to see the kids orchestras Demos, already present on the occasion of the Fête de la Musique 2019, during a rehearsal at the sides of their godmother Khatia Buniatishvili.

read also : The Philharmonie de Paris will again vibrate to the rhythm of the music... but without an audience

"It is necessary to go gradually to arrive at the beginning of September and already guides. The philosophy is evolving rather quickly so we need to join this movement," says Laurent Bayle. The Philharmonic hall, whose future is still very uncertain, also focuses on a "Summer of solidarity" to maintain the connection with his young audience. The program, educational workshops, artistic and cultural parc de la Villette, as part of the project of "summer learning" by Emmanuel Macron.

Supported in part by public authorities of which the City of Paris and the prefecture, for this operation, the Philharmonic has also appealed to the generosity of sponsors and individuals to supplement its funding. "We will have a budget deficit in 2020 between three and five million euros. The appeal for donations will enable us to make it bearable for the institution this investment".

with Respect to application of sanitary measures for these activities, it is not yet clear. "We know some, such as the mask, and the rules and enforce them in a confined space, but there remains the question of rules in an open space, because it is more difficult to organise," says Laurent Bayle, who hoped to have more clarification from the government on 22 June.

Back to school uncertain

The public will be there at the rendezvous of this music program? Hard to say, writes the director-general. "As we are going to be in an in-between, half way between the concert and the concert spontaneous, it's not going to foster the coming of the public". The ministry of Culture, Franck Riester recalled in a statement that the gatherings "of more than 10 people were still not allowed on the public domain".

It is enough armed and organized to face

But the main concern of Laurent Bayle wishes to the future of the institution in the fall. "I am on a position, perhaps of wisdom, consisting in saying "let's give a little bit of time and depth before expressing final judgment"". Several scenarios have been imagined by the Philharmonic to cope with the situation and adapt to the developments of the health crisis: as with the introduction of intermissions, during which the influx of spectators is to be feared, and that it will therefore be necessary to reformat in case of a resurgence of the pandemic. "We are sufficiently armed and organized to deal with it. But I can't pre-empt a situation that depends on other criteria that the Philharmonic", concludes Laurent Bayle.

complete program to be found on the website of the Philharmonic for the Celebration of the music and for the support of operation Were supportive.

The editorial team conseilleL'Orchestre de Paris found the scèneÀ the Philharmonie de Paris, a return to desks in small comitéPhilharmonie Paris: lights and shadows of a spectacular réussiteSujetsLaurent BaylePhilharmonie of ParisFête of the musique3 commentairesstanaxeresle 20/06/2020 at 01:33

let's Hope that the concerts and other performances are more beautiful than this ugly building !

Nothing to say about the orchestra and the hall, but the building of "dung" is one of the worst that I know of

1 Too dangerous, the Magic bus of the movie Into the... 2 Bundesliga-relegation: Werder in the resistance 3 No visit to the stadium: Clemens Tönnies in work... 4 Art Basel Online: always open 5 At Bercy Garou gives the the for the first concert... 6 Bundesliga relegation battle: match ball for Mainz 7 Ludwig Burger giant to grow: We want to win this tournament 8 Corona case at the Golf tournament: I was a little... 9 Jazz festival in the palm garden: blue notes under... 10 Bundesliga relegation battle: match ball for Mainz 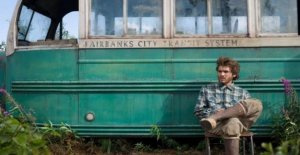 Too dangerous, the Magic bus of the movie Into the...