The most deafening thing that feels walking through the old camp for Asylum seekers of Moria is silence. Of the nearly 20 thousand people who came to oversatu The most deafening thing that feels walking through the old camp for Asylum seekers of Moria is silence. Of the nearly 20 thousand people who came to oversatura, today only his horror remains captured in the cloudy air. The crunch of the cascotes when walking through its interior, Cras, Cras, Cras, marks the passage between the remains of the "shipwreck of civilization", as not far from there, Pope Francis defined this Sunday the work that is represented in The island a lustro after the outbreak of the refugee crisis.

Here on the ground lies a piece of spine wire with a pink jacket in it in it; Beyond, the carbonized skeleton of one of the tents that he housed the cravings of thousands of people flights of misery; At the end of what is left of this installation, on a concrete brick wall that, as such, survived the great fire that ravaged this place in September last year, someone left another imperishable detail: a large and throbbing reddish heart crossed by an arrow.

No one clearly knew how the fire was unleashed. The hasty had seized lesbos. The paralysis of the administrative machinery, in charge of processing asylum applications, had been harmed even more as a result of the pandemic. Thousands of irregular immigrants, some for years for years in the barracks and tents of Moria, were mentally exhausted at the situation, which worsened with forced confines. Hartazgo had also contaged neighbors.

"Vandals and criminal are everywhere" Insist Stratis Pallis, who was mayor of the capital, Mitilini, by the Kke Communist Party, during the 80's. "With the refugees, everything was exaggerated. If any of them stole some Few fruits, the rumor was running that they had devastated the whole harvest. " Thus, the embrace to the immigrants of this island, who almost a century ago began welcoming the Greeks who arrived from the incipient Republic of Turkey, became increasingly flaccid.

"The situation became stressful for newcomers, but also for those who lived here. Immigrants were tired, the neighbors were tired," sums up Anastasia SpilioPolou, Manager of the Psychosocial Care Project that Cáritas Greece develops in Lesbos. "There must be a self-responsibility at European level. Apart, on our side, the situation should be managed in a way that respects people with their human rights and their dignity," she adds.

This Sunday, Pallis arranged his shoulder at the tiny group of islanders, no more than fifteen, who, summoned by the Siniphari Pacifist City Movement, tried to send the Pope a message written on a large banner: "We remain together in support for refugees ". The cord of antidisturban police that came to deploy the small committee, separating him from the road where the Holy Father had to pass, turned that act into a form of almost Numantine resistance.

When the flames ended with Moria, almost 13,000 people were left homeless, wandering on the island. That was the moment when the grups of ultrarage, whose activity had gone to more as the patience of Lesbos had gone unless, raised the pressure by throwing a hunt by mitilini of activists and journalists who tried to relate what happened. The response of the newly elected Liberal-Conservative Government of New Democracy was to give the jaw to the refugees.

Mavrovouni, a corner 10 minutes walk from the capital near where once one of the most welcoming refugee camps was upgraded -closed afterwards-, was the site chosen to install the reception and identification center. A temporary installation where the few asylum seekers who nowaday arrive by sea are housed in barracks or tents. Wall and wire walls surround the installation, on the seafront. There Francisco was presented at mid-morning morning tomorrow.

The Pope turned as soon as he becomes the center on the few dozens of immigrants selected to be able to meet with him, distributing them hugging, hands and words of encouragement. Among them was Christian Tango Mukaya, a congolés, father of two girls, who lost his wife and another of his daughters in a shipwreck in front of the costs of Lesbos two months ago, in an incident that activists on the island attribute to A 'hot refund' made by the Greek forces.

"I want to thank you for thinking about us, I want to ask you to send a message to all of Europe to help us, we simply want to have a normal life, like everyone," Christian had said to the world one day before his encounter with The Pope, when this journalist asked him why message thought to convey him. The response of the Sumo Pontiff, who has made the defense of refugees one of the spearheads of his papacy, did not wait.

"The future of all of us is at stake, and that future will be peaceful only if it is integrated. Only if it is reconciled with the most vulnerable, the future will be prosperous, when we reject the poor, we reject peace," said Francisco since the Same first line in front of the migratory drama, with the peaks of the Turkish shore peeking a few kilometers beyond, on the horizon. "Please, we stop this shipwreck of civilization!" He prayed the Pope.

The phrases that the pontiff pronounced in Lesbos were, as on other occasions, especially sharp against the brussels. "In Europe there are those who persist in treating the problem as a matter that does not concern them". The children present at the reception, "We find the courage to embarrass us in front of them, who are innocent and our future." And he pointed to the Oriental Mediterranean, where 24 people have died this year: "Let us not let our sea become a sea of dead."

The commotion through the presence of the Pope within the Mavrovouni wires contrasted with the general apathy of Lesbos, whose population is mostly orthodox. "Pfff ... What's up? Little do not care about the island, it's just for the refugees, you can go back to Rome to ten or fifteen of them, that the rest will continue here", snapped an elder, cigarette Electronic in hand, seeing passing through the port of Mitilini the small utilitarian Fiat 500L in which Francisco was scrolled by the island, of Copiloto.

One of the curious that approached seeing the papal delegation was Hañar, arrived from Afghanistan a quarter of a century ago. But, unlike almost all the compatriots of him, who prefer to reach countries like Germany, he opted to settle in Lesbos. "I do not seem wrong that it comes to Lesbos, but their presence is more necessary in the countries at war. If I came to Afghanistan to help in their pacification, it would not be necessary to come here to ensure those who have had to flee from there" , argument.

At the midday edge of this Sunday, the Pope was led from Lesbos; He remained the problem, a hot potato that is approaching with harder and harder hand. To the multiple complaints of Greek hot returns by beatings to immigrants and abandons on the high seas, denied by Athens, a more punitive policy has been added with the activity of NGOs, which last month brought before the judge 24 of their Members, and more restrictive with the freedom of movement of asylum seekers in the islands.

Brussels presents as a success the sudden decline in the number of arrivals to the Greek Islands experienced in recent times, due in part to practices that Amnesty International Tilda of "illegal". Far from the numbers of 2015 and 2016, in 2020 9,714 arrived by sea; So far this year, 3,653, 1,424 of them to Lesbos. All this despite the fact that living conditions in Turkey are in incipient pauperization due to the country's political and economic swings.

"Asylum seekers only have the right to leave the Mavouni center once a week," says Emmanouil Chatzichalkias, a local lawyer who is dedicated to carrying cases of asylum. "The main problem is that long periods are passing here in the islands waiting for the resolution of their demand. In many cases, by when it arrives, be positive or negative, these people have already fled to another place, to continental soil or even another country, "he explains.

The paradox, as Silvyne relates, a local activist, is that Greece does allow the island to leave, in a kind of decision oriented to alleviate demographic pressure. In fact, in the camp that the Pope visited this Sunday, there are only 2,200 of the twelve thousand who had run homeless when Moria burned down. The reason, considers Silvyne, is that "nobody wants to end up stuck in the new prison preparing Greece in Lesbos. Many are trying to get out of here before it's too late."

Again, Athens defends as a milestone having obtained 276 million euros from the European Commission to build a series of refugee facilities in Lesbos, Chios, Samos, Leros and Kos. The one of Samos, opened last September, has a better infrastructure for the accommodation of people, but also with a reverse: fences and wrappers of hawthorn everywhere. The lesbos is rising on a remote site of the island, more than 40 km from the capital.

"We believe it is important that people have a good accommodation, a better sleeping place and who are safe. Our concern has to do with the development of isolated sites, which maintain distances between newcomers and the local community. Do not promote the Integration, but the isolation, "says SpilioPolou, of Cáritas, who emphasizes psychological damage for the asylum seeking population, in many cases people flight of the horror of war, continue to suffer in the same doors in Europe.

1 Pixel Watch: Google works on his own smart watch 2 Álex González speaks for the first time of his girlfriend:... 3 What are the best places to buy ford ranger stud pattern 4 Applying For A New Job? Here’s How To Prepare For... 5 A Guide to the Best Sitting Pillow for Ergonomic Seating 6 Nicolás Maduro 'plays' to be Daniel Ortega with the... 7 Karlos Arguiñano speaks openly of his political ideology 8 Why do you want to be a teenager again watching TV?... 9 Sánchez asks to fulfill PE to PA the Constitution... 10 Team competition in Poland: a few centimeters are... 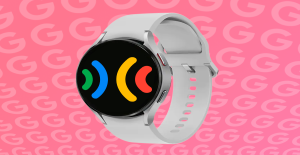