The anti-hero the most well known of the Marvel universe finds itself in turmoil. Used in recent years by extremist groups, activists, pro-gun, but also some po 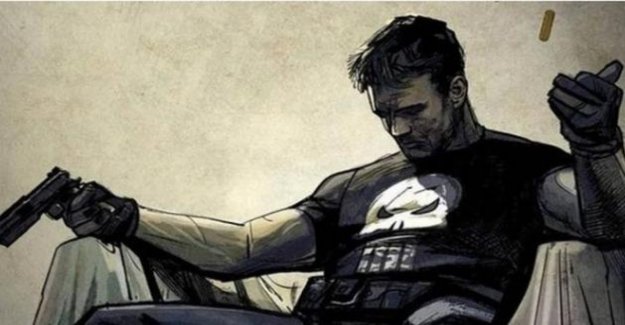 The anti-hero the most well known of the Marvel universe finds itself in turmoil. Used in recent years by extremist groups, activists, pro-gun, but also some police officers, the logo of the Punisher, a skull with long teeth, has been used by opponents of the Black Lives Matter. It symbolizes the origin of revenge and personal righteousness brought about by the so-called "Vigilante", these vigilantes lonely to the limit of legality, capable of eradicating urban crime.

read also : Who are the three women at the origin of the movement "Black Lives Matter" ?

Its creator Gerry Conway believes that the image of the Punisher has been used far too often misused. On Twitter, the writer has launched a competition for young artists of color to raise funds for Black Lives Matter. The stated objective is to "retrieve the skull of the Punisher as a symbol of justice rather than oppression police illegal," explains the artist.

Open to all, free of charge and unpaid, this project is above all a fund-raiser for the movement. The creator hope that many artists will respond to this, "with a variety of styles and artistic approaches". As for the debate on the question of the symbol of the Punisher, as an emblem of justice, Gerry Conway has confirmed that all of this remains a matter of debate.

For him, the idea of this maneuver is above all not to turn it into a symbol of oppression. "I want to deny the police the use of the symbol in attributing it to the Black Lives Matter. Call it the irony."

read also : Black Lives Matter: a back alley in Toronto tagged entirely in black and grey in tribute to George Floyd

Frank Castle, aka the Punisher, was established in 1974. It appears for the first time in the comic book The Amazing Spider-Man #129. After the death of his wife and his two children, he immerses himself in a vendetta against the organized crime. Cynical and ruthless, he still prefers to kill his opponents rather than accepting their surrender, to deliver them up to justice. Its white skull, a symbol of vengeance and personal righteousness, has democratized the United States.

The character has been adapted three times in the cinema. Dolph Lundgren embodies this justicar adept of self-defence in 1989. Thomas Jane reprises the role in 2004. And then it was Ray Stevenson who endorse the suit in 2008 in Punisher: War Zone.

The editorial team conseilleJon Bernthal : " I would like to continue to explore the universe of the Punisher ""The Punisher never shows the violence for the pleasure of violence "Death of George Floyd: "Even the Whites have finally understood"SujetBlack Lives MatterAucun comment

1 Roberto Alagna will be the gash of Al Capone in a... 2 Christie's withdrew from auction 4 antiques suspected... 3 A state of emergency in Hungary: Orban is Corona-special... 4 Didier Guillaume: a european conference on food sovereignty... 5 Leipzig national players: million-Transfer from Werner... 6 Frankfurter handball club: Collberg is a lion 7 Emergency in Corona times: First help at a distance 8 Suspect arrested: man killed in Regensburg on the... 9 Alone Together, the concert of Jean-Michel Jarre for... 10 Soprano, Cabrel, Angela... That have listened to the... 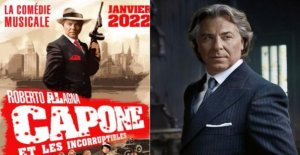 Roberto Alagna will be the gash of Al Capone in a...