The 'cage' of worms where Djokovic will pass the Australian bolt

Melbourne The second largest city in Australia. The city that is in the center of a tectonic plate. The city that was filled with immigrants from southern Melbourne The second largest city in Australia. The city that is in the center of a tectonic plate. The city that was filled with immigrants from southern Europe after the Second World War, which is always on the lists of the most livable cities on the planet, which usually fills with its street art the Lonely Planet pages, which was home to Olympic Games (1956) and that is headquartered in a tennis Grand Slam, an open golf and a Grand Prix of Formula 1.

Melbourne The city that confines its five million inhabitants for 10 cases of Coronavirus. It occurred last September. It was not the first time. Melbourne has closed its doors along the pandemic up to seven occasions in periods of two or three weeks each time a few dozens of daily contagion appeared.

One of his first strict closures was July 2020. Then, the authorities attributed the new rebound of cases to breach the restriction measures in the established quarantine centers, mostly hotels, for travelers with residence in the city that They arrived from other countries.

There was a great scandal that he jumped because in one of those hotels the guards had had sex with the travelers who won the country and that they should be locked in a room between the two weeks of quarantine that the protocol dictated. Some of them were positive, they infected the guards and these spread the virus by the community.

To the center of quarantine who was under police investigation for that scandal, the Park Hotel, the local press then baptized him as the "cage". In December 2020, he was again in focus for becoming a controversial reception center - or rather detention - for refugees who had requested asylum to the Australian government and that they had to keep quarantine.

The hotel has been in recent months at the center of several protests against government immigration policies. There were denunciations for the bad conditions of a place that had already been an incubator for the virus. In October, he jumped an outbreak of Covid in which more than 20 people were positive. There have also been complaints because in the food they gave, many times rotten as some photos showed by refugees, there were even worms.

In that "cage" of the worms is now enclosed the number 1 of tennis, Novak Djokovic, which landed in the country with a medical exemption to the vaccine requirements, approved by the state government and officials of the country tennis federation, But that he did not convince Federal Victoria Border Agents, the State where Melbourne is, which are the last word. The authorities have ordered Djokovic to remain at the Park Hotel until Monday, when a court will dictate if he is allowed to stay in the city to participate in the Australian Open or if he will be deported.

There has been no exception. In the country that has continued with rigor for almost all the pandemic, a strategy of closed and brief border but effective confinements, Djokovic did not pass the cut and the visa of it was canceled by not complying with the entry requirements when not being vaccinated.

The citizen anger has probably had enough to see in the back of the authorities with the tennis case. The exemption had caused indignation in a country that fulfilled the strict strict rules to prevent the propagation of the coronavirus and has maintained one of the lowest Covid death rates in the world. The citizens, who endured long enclosures and for months they faced strict limits to leave or return to Australia, demanded to know if Djokovic had received special treatment.

Australia (25 million inhabitants, 609,000 contagions and 2,301 death) has passed almost all the pandemic following the strategy of Covid zero. It faced the number of positive cases there was. If a handful appeared of new contagions that threatened to erase the progress made, old confinements and restrictions were resumed. It was better to lock up half of the population and block whole cities a few days, wait for the buds to get worse.

That was the policy until the Delta variant erased the purpose that it was possible to fully eradicate the coronavirus. At the end of last September, Australian Prime Minister Scott Morrison said he had to leave the bubble to relieve economic burden. "It is absurd to continue like this, the enclosures are not a sustainable way of living in this country," he said.

As vaccination was increasing, borders between states were opening and many of the restrictions were suppressed. At the beginning of November, controls at international borders were alleviated, which left some emotional scenes at airports when many families could be joined for the first time since the pandemic began.

As of December, foreign workers and students with Visa could begin entering a country that was working to establish a "travel bubble" with neighboring countries such as Japan and South Korea. At the national level, vaccinate or not volunteer. 77.2% of the population has the full guideline. But nobody can enter the country without being vaccinated or with a justifiable medical exception. Djokovic did not have it. 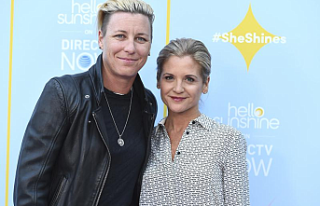 Doyle continues the conversation on 'Untamed’...