The judge of the National court, which directs the investigation against the commissioner of Police retired Jose Manuel Villarejo surprised now to warn that it is unknown the way in which the former police officer got the information that was used to develop the personal reports after I sold them.

"If until now the way of obtaining of the information provided by the investigated Jose Manuel Villarejo," says the captain Diego de Egea in two cars that ruled on Wednesday, rejecting the request of the anti-Corruption Office to reopen the investigations to two clients of the commissioner.

In particular, the law firm of Smith and Associates -piece Iron - and the owners of The Estate, a luxurious estate of Pozuelo de Alarcón (Madrid) -a piece of Land. Prosecutors in the case appealed against the decision of the judge to archive the investigation after warning of the existence of "new incriminating elements against all the people involved."

just five months Ago, the judge Egea acknowledged in a auto, dated last June 4, Villarejo made "consulting reports that, in reality, they were intelligence reports and dossiers, personal, usable in the field of personal struggles, and prepared using confidential information to that accessed due to their condition, police".

In that car, that it advanced this newspaper, the judge instructor pointed out that, "Villarejo it synchronized the double condition of police and private detective to perform intelligence work for their customers."

In new cars, this 24 of October, Egea opposed to re-open investigations of both customers on the grounds that the new elements presented by the Prosecution "are not ratified by any other indication objective of crime", in the case of the piece of Iron, and that could not be found "new evidence incriminating objectives and rational of imputation on the investigation" of the piece of Land.

The judge also rejected the appeal by the public Prosecutor to reopen the investigation against the commissioner of Police Carlos Salamanca. In this case, the magistrate agrees with the arguments made in the car earlier, calling the accusations of the prosecutors of "mere suspicions or suppositions".

According to Egea, "there are no new rational elements of imputation to determine the potential gifts or gifts to Salamanca" is made by his police function, in addition to noting that prosecutors have "only projections speculative".

on The 5th of November marks one year since Villarejo entered the prison of Estremera (Madrid) as a preventive measure. The retired policeman is being investigated for alleged offences of criminal organisation, bribery, money-laundering, the discovery and disclosure of secrets, blackmail and falsehood documentary.

1 The Parliament fails to pass initiatives on the repetition... 2 Cecilia Bartoli, the 'prima donna assoluta' 3 Ken Robinson: "Dancing in the school is as important... 4 Landa and Quintana take aim for the Tour 5 Stopped the author of a shoot-out with eight people... 6 The Government believes that the crime of rebellion... 7 Acquitted the 'tuitera' who insulted Llarena 8 Aludium will produce this year 74.000 tons at its... 9 When Spain conquered the Moon: "Houston, here base... 10 Another great performance of Iker Casillas leaves... 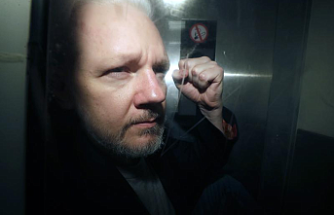 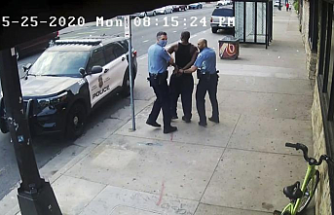 The Parliament fails to pass initiatives on the repetition...