The large owners expand to the periphery: How many homes do each and where are they concentrated?

The rent faces in 2022 a key year after the parion that meant the pandemic. The Coronavirus has reconfigured the landscape of the lease and a part of that rea The rent faces in 2022 a key year after the parion that meant the pandemic. The Coronavirus has reconfigured the landscape of the lease and a part of that rearrangement has been infected with large holders, which have modified their weight and above all its areas of influence compared to the previous period to the COVID-19.

Regarding the first, 4.4% of the residential stock for rent in December 2021 was owned by the greatest holders of Spain, according to the data collected in the State Report and Trends of the Build To Rent in Spain by the Firm Atlas Real Estate Analytics The percentage supposes a slight increase over 4.2% of the previous year and, according to the conclusions of the study, "comes as a result of a strong investment activity throughout the year, both in the purchase of portfolios between companies and in the acquisition of new construction properties ".

The 16 higher forks with presence in Spain bring together 99,939 homes of the 150,000 that the Government attributes to large homemade country and compared to the 3.5 million properties that make up the total park. CaixaBank is located as a greater professional home with 25,000 cumulative homes, ahead of the Testa Homes (20,000) and Sareb, which totalines 14,583 units including residential assets for rent and the affordable housing park committed to the administration.

However, the biggest change in these last twelve months has to do with the expansion of these great owners in the geography of the country. The Analysis of Atlas Real Estate Analytics has detected that its impact and influence was extended during the pandemic from large cities into peripheral cities and metropolitan belts within the same province, probably as a result of the oil stain that broke the pandemic.

Many people opted to get away from the center of the cities towards localities of the outskirts in search of broader housing, with more light and with more space to better overcome the different confines, and that, in light of their analysis, has also affected The activity of the Great Holders.

"In the report published in 2021 with cadastral data 2019, an interesting effect was observed by which legal persons copied most of the municipalities, but their protagonism was lost once the statistic was analyzed at the provincial level. In contrast, The data of 2020 show that societies were also majority when it comes to highly real estate at a provincial level, except in the case of Valencia, "the conclusions of the study point. Its authors nuance that the group of majority legal persons is those who have more than eight real estate in portfolio, "while the profile of the individual owner is much more atomized, being the group with higher one who has one or two assets in property".

On the map, Madrid and its metropolitan area concentrate most of the assets for rent operated professionally, with a surface markedly greater than that of Barcelona, which is seconded. Palma, Valencia and Malaga are confirmed as centers of attention from investors, probably due to the effect of tourism in each of them. They call attention in this sense Valladolid and Pamplona, whose weight has grown in recent years, in front of even other cities such as Zaragoza, Seville, Oviedo, Bilbao or San Sebastián, where the presence of large owners is significantly lower than in other large Cities of the country.

Just 18% of the population in Spain live in a lease, a percentage below the European average. But far from looking at it as something negative, the great forks, funds and investors see in this proportion an opportunity to position themselves for years of probable growth. Among other things, because it is estimated that at least 1.8 million homes would be necessary to meet the venue demand.

"Large private housing forms for rent, despite having a scarce presence in the total of Spanish territory, yes they have a notorious influence on the main urban nuclei of the country. Those actors who manage to use economies of scale and the brand effect , they have many opportunities to increase their influence. For this reason, in the coming years we expect strong housing consolidations for rent in the hands of fewer owners ", predicts Alejandro Bermúdez, CEO of Fragua by Atlas Real Estate Analytics.

It is also an opportunity for Build To Rent, the tendency to build to rent that in recent years has won ground in Spain. The development of Housing of BTR is not homogeneous, so that while Madrid and its metropolitan area concentrate more than 50% of developments, Barcelona accumulates just over 11%. The rest is dispersed in areas such as Valencia, Seville, Pamplona and Malaga.

According to the study, there are regions whose percentage of homes for rent has increased significantly, as is the case of Cantabria (15%), La Rioja (19%), Basque Country (15%) and that performance "seems to indicate that the markets of Second order in Spain are reaching maturity and can present interesting locations when diversifying the built to rent portfolios outside the metropolitan areas of the main Spanish cities. "

1 Carlos San Juan delivers the 600,000 signatures from... 2 Ridley Scott: Many cameras, many projects and a lot... 3 The words of Omar Sánchez about his break with Anabel... 4 María del Monte tries to go back after her more difficult... 5 The mother accused of killing her daughter in Logroño... 6 The mask will not be mandatory in the courtyards of... 7 Who is Jer Garcia, the Guest of Pasapalabra who adds... 8 Dona Sofia and Isabel Preysler, two queens united... 9 CEOE leaves Diaz alone with the unions and rejects... 10 Javier Bardem and Penelope Cruz will compete as a... 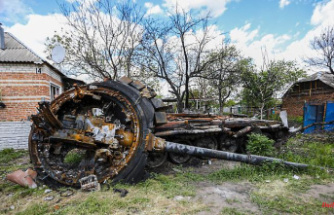 Demilitarization as a goal: Russia admits "difficulties" - operation is continued 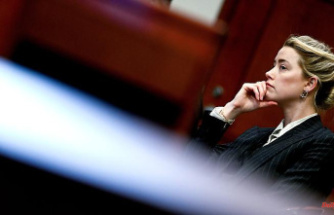 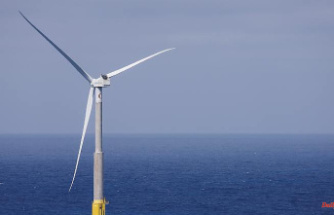 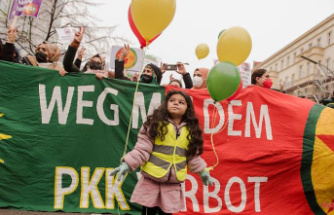 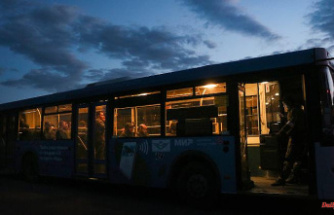