At the edge of 17.40 hours whatsapp facebook and instagram stopped working because of a generalized fall in their services that has affected users around the wo 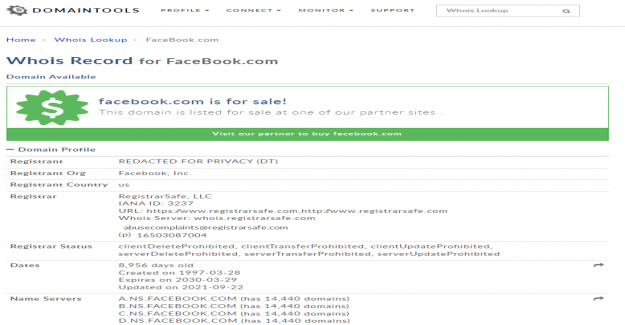 At the edge of 17.40 hours whatsapp facebook and instagram stopped working because of a generalized fall in their services that has affected users around the world for hours and without any spokesperson for the company facilitated a version of what happened beyond To confirm the evidence that thousands of people had before their eyes: that social networks owned by Mark Zuckerberg had stopped working. Some problems in the service that in Spain lasted until 23.43 at night, although after a brief reestablishment they experienced connectivity problems again.

"We are aware that some people are having problems accessing our apps and products and we are working to return things to normal," a spokeswoman for the company to the world.

However, during this strange fall - asserted as an attack by Anonymous accounts on Twitter without providing any type of technical information that thus corroborate - had a canary in the mine that warned what was about to arrive.

John Graham, the CTO of Cloudflare-One of the main companies providing Internet services around the world - warned through his Twitter account that "five minutes before Facebook DNS stopped working, we saw an increase of The BGP [mostly retired route] on the autonomous Facebook systems ».

In essence, this has caused that "without these records, browsers and apps do not know how to find the content of social networks" and, therefore, users can not normally use them, as explained by the Transparent Technology Director Edge Services, Diego Suárez.

That whatsapp, Instagram and other companies that belong to Facebook are falling relatively usual. In this sense, in March of this year there was a world fall in the services of these three social networks, which was solved within a few hours.

However, unlike what happened on other occasions, in this fall of Facebook at the moment nothing is ruled out, since at the moment nor the multinational itself knows with certainty what the blackout has been due in its services.

However, the most widespread hypothesis is that Facebook erased himself by accident, as explained by the CEO of Cloudflare, Matthew Prince. "The most likely explanation is that the company's Internet routes (BGP) were removed by error during maintenance."

This morning Mark Zuckerberg's company has secured in a statement that the greater interruption of his messaging networks and services was caused by a "faulty configuration change" of his servers, which prevented users from accessing the platform, Instagram, whatsapp or Messenger for about seven hours.

"People and companies in the world depend on us to continue connected," the group scored, which until now has kept silent about the exceptional incident. "We present our apologies to those affected," Facebook added, in reference to possibly billions of people in the world, according to various experts in cybersecurity.

Three hours after the generalized fall of the services, the Facebook domain (www.facebook.com) was "available" and "for sale" at the Who IS portals, which allow consulting the owner of the web addresses and if These can be purchased.

Likewise, there is another unusual detail, according to the Engineer Benjamin Enfield in his Twitter account: "Someone has eliminated great sections of routing ... That does not mean that Facebook is fallen, so it seems ... That means that [a Part of] Facebook is gone. "

In addition, as indicated by an internal Memorandum to which the NYT has had, the ruling has also affected the access cards of Facebook employees and their employee telephones and arriving to provoke times of chaos within the company.

According to this Memorandum, the Operations Global Safety Center has been found in something risk to people, a moderate risk for assets and a high risk for Facebook's reputation.

This is because the blackout "has affected all the Facebook's internal tools and systems" to the point that, not even within the multinational itself have the origin of the problem defined.

In the midst of the uncertainty caused by the blackout, the news emerged that the data of more than 1,500 million Facebook users had set for sale in Hackers Specialized Forums and the Dark Web. However, the sale of these massive personal information packages is before the blackout of its services and is dated September 22 this year.

During the fall, the Dwndetector pages recorded hundreds of thousands of incidents informing the problems in the aforementioned social networks and the words thatApp, Instagram and Facebook were converted for hours at Trending Topic on Twitter.

Faced with the faults in the Apps of the competition, Twitter experienced an unusual increase in traffic with which he came to ironize through his own corporate account: "Hello literally to everyone."

Likewise, the problems also came to Telegram due to the massive influx of new users. The APP directed by Pavel Durov (and the main competition of whatsapp) was forced to call calm before the complaints of the users who protested because their operation was slower than usual.

"With so many people paying attention, things go a little slowly. It's nice that they come, but all at once is too much. Sorry!" He assured Telegram's official profile on his Twitter account.

However, during the hours prior to the fall of the Facebook services network, the shares of the company suffered a major collapse from the $ 335.50 per share at 325.55 dollars before the blackout.

To the bad yield permission during the first hours of the market - possibly influenced by the issuance of an interview the night before in the program 60 minutes of the CBS to one of its data engineers that decided to filter internal documents - the fortune of the CEO of Facebook, Mark Zuckerberg, was reduced by about 5,900 million dollars.

According to figures from Forbes, this descent assumes that Zuckerberg's fortune has been at 117,000 million dollars, which relegates it to the sixth place of the richest people in the world.

Bloomberg, on the other hand, estimates that the Facebook creator now accumulates 121,000 million dollars, so it would be the fifth richest on the planet, behind Bill Gates.

In total, Facebook has lost 7.74% in Wall Street in the last five days, and more than 13% in the last month strongly marked by image scandals.

However, beyond the technical incidents, the main problems of Facebook are currently at the political level -Enforcers of the Democratic Party require that Zuckerberg of explanations for their practices, Legal - the Federal Trade Commission has an antitrust case that It demands to Facebook sell Instagram and whatsapp- and media, after the leaks carried out by the French Data Scientist Haugen, which less than 24 hours ago headed in the 60 minute maximum audience program to warn about Facebook dangers.

1 Daniel Craig bids Bond farewell in "No Time to... 2 Biden urges GOP to "get out of the way"... 3 NYC teachers and staff are subject to the COVID vaccination... 4 New Zealand admits that it cannot get rid of the coronavirus... 5 California oil spillage: Did ship's anchor contribute... 6 PSOE and united we can reach an agreement on budgets... 7 Japan's new PM seeks a fresh mandate to manage... 8 Hollywood's behind the scenes crew votes to authorize... 9 Despite Biden's reverse, refugee admissions reached... 10 Garland claims that authorities will target threats... Daniel Craig bids Bond farewell in "No Time to...