The Search Teams of the Civil Guard have found this Saturday the lifeless body of Sergeant Mario Quiró Ruiz, who had disappeared at dawn last Tuesday, October 1 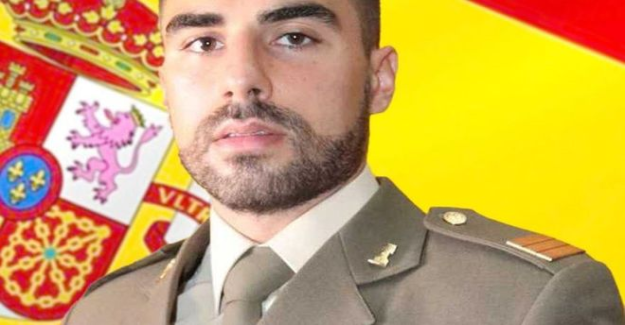 The Search Teams of the Civil Guard have found this Saturday the lifeless body of Sergeant Mario Quiró Ruiz, who had disappeared at dawn last Tuesday, October 12, when he performed a night diving practice in the reservoir of the grade, In the province of Huesca.

Sergeant Mario Quirós Ruiz, 22-year-old, single and natural from Malaga, had entered the army in August of 2017 and was destined since July 2020 in the Regiment of Engineers No. 8, belonging to the General Command of Melilla.

Its disappearance occurred during the realization of a scheduled practice of the assault diver, on a night tour. Sergeant Quirós had obtained the Fitness of Elemental Diver by overcoming the corresponding course, this year.

The Assault Diver course, taught by the army itself, aims to specialize students in the use of diving and navigation equipment in military operations that require performance in internal and ports of water and in ports .

This Saturday had been incorporated into the search tasks a second robot, yielded by a company from Murcia and that has a very advanced technology. It was meant to strengthen the work done in the deepest levels by the other robot of the Madrid Unit of the Special Group of Underwater Activities (GEAS).

During these five days the components of the GEAS of Madrid and Aragon have beat the entire area marked up to 50 meters deep, which can reach the divers. From that dimension, and up to 72 meters from the reservoir, they have used underwater chambers and robots.

The land army has lamented the fatal outcome and, in a note, joins the pain of the family, friends and colleagues of Sergeant Mario Quirós.

1 Corner 'Low Cost' of ugly fruit in supermarkets and... 2 Felipe Sicily, new spokesman for the PSOE executive 3 The Norwegian police doubt about the conversion to... 4 Dzanan Musa, the child's child who compared with Doncic... 5 Bambino: The wild lovers of Raphael idol 6 The PSOE wants to promote a law to abolish prostitution... 7 Russia surpasses the thousand dead by Covid for the... 8 USA will accept the entry of travelers with a mix... 9 France Take homage to Samuel Paty, the decapitated... 10 Darias announces that Assisted reproduction will be... Corner 'Low Cost' of ugly fruit in supermarkets and...