To escape from the war and survive the dangerous journey the Mediterranean, to jail in Italy

More than 2,500 migrants have been arrested in Italy by "trafficking of people" or "helping illegal immigration" in the last 10 years. Although they are a More than 2,500 migrants have been arrested in Italy by "trafficking of people" or "helping illegal immigration" in the last 10 years. Although they are also desperate migrants for arriving in Europe and all they have done is driving the boat with their cruise partners through the Mediterranean. Hundreds of them fulfill or have complied with long prison sentences based on anti-mafia laws to find them guilty, according to a report prepared by several Italian NGOs to which this newspaper has had access. The document highlights the criminalization of migrants, refugees and asylum seekers in the transalpine country.

In the last year, the Italian Police has arrested a migrant of every 100 arrivals at the costs, accusing them to "facilitate illegal immigration", a crime that can lead to up to 15 years of prison and fines of millions of euros. In some cases, the NGOs point out, if deaths occur during the dangerous navigation, the sentences scaled until even 30 years or the perpetual chain.

"These people are not treated as refugees, but at the same level as a war criminal or a terrorist. When they are condemned they have no choice of house arrest and are described as 'socially dangerous'", says Richard Braude, spokesman for Arci Porco Rosso To the world.

The report "of the sea to jail" has been prepared by Arci Porco Rosso and Alarm Phone, with the collaboration of Borderline Sicily and Borderline Europe, and has collected official and revised data more than 1,000 criminal cases brought to justice by the Prosecutor's Office against The refugees accused of driving the boats. The work has also been based on hundreds of interviews with sentenced migrants, lawyers, judges, prison officers and members of the Italian Costiean Guard. In its analysis, evidence of how police officers offer roles and other incentives to migrants arrived at Italy by sea, to persuade them to testify against the supposed patterns of the boats. These, in many cases, are simply migrants or refugees forced by land traffickers to drive navigation.

"It is clear that they drove the pot, but they had no other option, for example, of two Syrians who fled from the country [at war since 2011] and that today they are reaching two years and ten months in prison in Italy", Explain Braude. "This is due to the criminalization of vessel patterns: Before, a pilot drove the boat; now, as they are persecuted, they refuse to do it and are the migrants themselves. Each time there are more cases of people who do not know How to handle a boat ". And this, he adds, has tragic consequences: "It contributes that more deaths occur in the sea."

The 'Dossier' collects how the collection process is developed. Before a boat comes out to Italy from Libya, Tunisia or Turkey, the mafias choose a migrant to guide it through the sea. He can be that person who did not manage to gather enough money to pay the smugglers or who has already made the way before and has been returned. It may be that the initially chosen captain is not in a position to drive the pot and another one has to take care of directing it so as not to sink. Other times, they are forced to rifle tip on the same beach. "An Arab approached me with a gun and told me he had to take the compass while the man behind me told him that he would guide the ship or if not, he would shoot us," says LM a 15-year-old migrant whose testimony It is plasma in the document. "You can not do anything, everyone in Libya has weapons, who can say no when someone orders you to do something," he sentence.

When they reach Italian soil, the authorities ask passengers to identify the alleged pattern, which is arrested. Although many judges recognize the "state of need" - an assumption in which Italian law contemplates that behavior even if it is illegal is justified to protect the perpetrator or other people from a hazard, more serious-hundred-hundred-cases are paid in court , sometimes in the form of express judgments.

The data analyzed account for 2,559 detained under this assumption since 2013. The maximum peak was reached in 2016, with 770. EN 2021, according to data collected between January and August, NGOs have had evidence of at least 44 arrests. Since 2013, the researchers have registered at least 24 people condemned to 10 years in prison and six others to a perpetual prison of 1,000 cases revised.

The charges can range from immigrant traffic to association with criminal band, including homicide if fatal victims occur, applying laws against organized crime and criminal mafias. This can lead to situations in which people entitled to asylum in Europe by coming from countries at war as Afghanistan, Syria or Libya, end up in prison.

Maria Giulia Fava, Coautora Legal Advisor of the Report, emphasizes that migrants accused of driving the ships are subjected to "political judgments", since the work - which extends along 94 pages - has found that many sentences are produced although The tests are weak or scarce. "In hunting by a head of Turkish, someone to blame death and disaster, the guarantees of a fair trial are left aside, the principles that must be at the base of the law simply forget," he says she. The trend has been increasing in Italy especially since 2015, although experts point out that it is framed in a European context.

The authors 'dossier' collectives urge the Italian and European authorities to "decriminalize the conduct of vessels and transport, create legal and safe channels for migration and stop criminalizing migrants 'per se'".

"Criminalizing migration is simply part of a violent border system that we need to abolish. Europe needs to recognize and take responsibility for these unfair and deadly migratory policies and the consequences they have in the lives of affected people. Send people to jail no It will stop migration or is going to make it safer, "says Sara Traylor, Alarm Phone activist.

* This report is part of Lost in Europe, a cross-border journalistic project that investigates the disappearance of minors migrants in Europe

1 How DACA Students can get Educational Loans 2 Africa attempts to end the inequity of vaccines by... 3 Justice Department will expand redlining investigation... 4 Send a delegation from Southern Africa to Eswatini,... 5 Washington State Police: Four police officers are... 6 911 caller: Murdaugh's road shooting looks like... 7 Neurologist pleads guilty to sexually abusing patients 8 Officials believe that they have located the body... 9 Biden hosts budget talks in Delaware with Schumer... 10 Pope: Do not send migrants to Libya or 'inhumane... 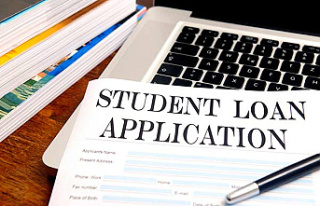 How DACA Students can get Educational Loans