Ukraine asks for immediate integration into the EU while opening a negotiation for high fire in the country with Russia.

The Ukrainian army continues to resist and the country's president seems ready for anything to change that. Volodimir Zelenski has announced that he will rel The Ukrainian army continues to resist and the country's president seems ready for anything to change that. Volodimir Zelenski has announced that he will release prisoners with military experience who want to join the fight against the Russian army. The Ukrainian leader has not yet given data on which contingent of inmates he hopes to achieve gathering.

Zelenski has issued a new message to citizens and has also directed Russian soldiers who urges them to leave the country "and save their lives." He has also asked the European Union to allow Ukraine to obtain membership immediately. "Our goal is to be with all Europeans and, most importantly, to be the same, I'm sure it's just, I'm sure we deserve it," he said in a speech in shared video on social networks.

Zelenski has already signed the request for the entry of the country in the European Union. "It's a historical moment," says a message from the Supreme Rada (the Ukrainian Parliament) in Telegram. In the image, Zelenski, the president of the Rada, Ruslán Stefanchuk, and the Ukrainian prime minister, Denys Shmyhal appear.

In Kiev, air attack alarms have returned again during the morning. There were fighting around the Ukrainian port city of Mariupol throughout the night. The Ministry of Defense of Russia said that its forces had taken the cities of Berdyansk and Enerhodar in the Zaporizhzhya region, in the southeast of Ukraine. 400,000 civilians, mainly women and children, have fled to neighboring countries, according to UN data.

At least 11 civilians have died in Kharkov, according to Ukrainian sources.

Meanwhile, internationally, the US recommends its citizens to leave Russia "immediately". For its part, Russia has closed its airspace to 36 European countries and Canada.

The Ukrainian delegation has reached the border with Belarus to maintain talks with Russian representatives. They will focus on achieving the immediate fire and the withdrawal of Russian forces, said the Ukrainian presidency in a statement.

The Delegation includes Defense Minister Oleksii Reznikov and the Mijailo Podolyak presidential adviser, among others, he said. The Russian delegation also includes low profile names, another aspect that reduces the expectations of these conversations. Vladimir Medinsky, the head of the Russian delegation, is a former Minister of Culture and Advisor of President Vladimir Putin. Dimitri Kozak, the 'Man of Putin' for Ukrainian affairs, stays in Moscow and will not take part.

The key issue of negotiations for Kiev is to achieve immediate fire and withdrawal from the Russian troops from the Ukrainian territory.

Putin undertook this Monday with the French president, Emmanuel Macron, to suspend attacks against the Ukrainian population, homes and civil infrastructures, EFE reported. Putin demanded the recognition of Crimea as Russian territory and the demilitarization of Ukraine.

There will be a second round of negotiations, since the talks are over today. "The next meeting will take place in the coming days," said Leonid Slutski, one of the members of the Russian delegation.

1 Kiko Rivera very angry by the video in which it is... 2 Is Belén Esteban de Telecinco? 3 Sánchez discards the direct shipment of weapons to... 4 The hiking tip: High on the sky swing 5 Resistance: Ayax's dart to Vox voters who go to their... 6 Las Vegas off-duty police officer is accused of robbing... 7 TikTok users can now post videos that are up to 10... 8 Children aged 5-11 may not be protected by the Pfizer... 9 California, Oregon, and Washington announce the end... 10 On the rocks: Governors ban Russian vodka sale in... 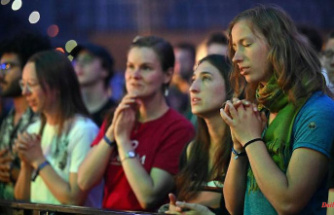 Kiko Rivera very angry by the video in which it is...