Update whatsapp: discover a failure that exposes your private data

WhatsApp is a very secure application usually. Most faults that are detected are not both the application and the people who use them: scams through fraudulen WhatsApp is a very secure application usually. Most faults that are detected are not both the application and the people who use them: scams through fraudulent messages, theft of data using third-party applications, etcetera.

However, on this occasion, a failure of the application has been discovered that could expose the private data of a user, among which the Chats of the APP would include.

According to Checkpoint security specialists, all users of the APP should update whatsapp because the company has discovered a critical failure that, fortunately, have already solved with the new version.

The discovered failure would allow to exploit the sending of images to block the phone and, in some cases, modify such an image to be able to access the phone's memory.

The modifications are made with an AFL Fuzzer, which changes the files to be able to hide additional information on them and thus send malicious code that violates whatsapp safety and devices from which it is executed.

The ruling was notified to whatsapp on November 10 and the company has resolved it in the latest updates of the APP. Therefore, it is recommended to update all users as soon as possible to be protected from this ruling.

1 Japan tomb one of the most controversial restrictions... 2 Instagram imposes a new requirement that you must... 3 Ireland fine to whatsapp with 225 million euros for... 4 Blow to Apple and Google in South Korea: they will... 5 Lost in Random, a Gothic fantasy game to the Tim Burton... 6 Ibai joins the Streamers strike on Twitch 7 Facebook erroneously tag black men like 'primates' 8 Apple delays the launch of its new measures to combat... 9 Apple employees denounce the hypocrisy of the company... 10 Jabra Elite 7 Pro: Best Microphones, Most Comfortable... 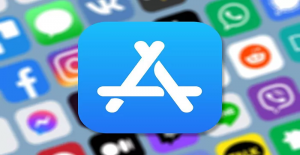 Japan tomb one of the most controversial restrictions...