Women between 18 and 65 years old: This is the profile of those who suffer adverse effects after vaccination from the coronavirus

Until last November 14, the Spanish Pharmacovigilance System for Human Use Medications has received 50,824 notifications of adverse events after the administrat Until last November 14, the Spanish Pharmacovigilance System for Human Use Medications has received 50,824 notifications of adverse events after the administration of almost 72 million doses of vaccines against Coronavirus - which is equivalent to 71 per 100,000-, and Only one out of every five were serious.

This is consisting of the 10th pharmacovigilance report on Vaccines Covid-19, published by the Spanish Agency for Medicines and Health Products (AEMPS), which coordinates this system composed of the Autonomous Pharmacovigilance Centers.

They consider an adverse event any health problem that occurs after vaccination, without being considered to be caused by it: they can be simply coinciding over time, related to the act of vaccination itself (anxiety, fainting, error in administration) , related to a potential problem of drug quality or really linked to it, such as pain in the place of injection or fever.

But, what is the profile of people who have suffered a health problem after vaccining? According to this report, most are women (74%) and people between 18 and 65 years old (87%).

Of the 50,824 notifications received, 10,091 were considered serious, understood as such an adverse event that requires or prolonging hospitalization, provokes significant or persistent disability or a congenital malformation, endangers life or is mortal, as well as any other condition that is Consider clinically significant.

And, of the Graves, 346 presented a deadly outcome, although the AEMPS clarifies that in the vast majority of the cases notified in which it consists of the medical records and the concomitant medication, the death can be explained by the previous clinical situation of the patient and / or other treatments that were taking; The causes of death are diverse, without having submitted a homogeneous pattern.

In addition, it must be remembered that vaccination does not reduce deaths from other causes different from Covid and during the campaign, "sometimes in close temporary association with vaccine administration, without this being related to the Made of having been vaccinated. "

In this tenth report, the Agency of the Medicine updates the relationship of adverse effects, so that it discards, according to the available evidence, the link of any vaccines with the multisystemic inflammatory syndrome and, as it already did with the other three, It also rejects menstrual disorders in Janssen.

Yes, it has been identified as a possible adverse reaction of the AstraZeneca vaccine, the thrombosis of brain venous breasts without thrombocytopenia, of which 20 cases have been given in Spain after injection.

By vaccines, the Pfizer has given rise to 28,967 notifications of adverse events after administration of more than 51 million doses.

Of these, 221 have been of myocarditis and / or pericarditis; Most of these patients were in recovery or had recovered at the time of notification and occurred generally in men (71%), after the second dose (61%) and in the first week after receiving the vaccine (62%), Being more frequent in young ages, with an estimated rate of 0.8 cases per 100,000 doses administered in children under 40 years of age.

Three patients studied with deadly outcome; Two of them, over 60, presented alternative causes for the appearance of myocarditis, while the third, also adult, there is limited information to carry out a correct evaluation on its possible relationship with the vaccine.

This vaccine is also associated with myocarditis and / or pericarditis, which have been mentioned in 79 notifications, mostly men (90%), after the second dose (65%) and in the first week after the puncture (78%). The notified rate is estimated at 1.4 cases per 100,000 doses administered in children under 40 years of age.

Finally, in vaccinated Janssen, of which 1,976,296 doses have been punctured, 1,370 notifications have been accounted for after inoculation.

1 Hi-tech coffee machine: This is the bambino 2 Apple calls on the European Commission to modify the... 3 The bags collapse to the increase of contagions and... 4 Light and water supply companies lead income increase... 5 Anthill guests 3.0 from November 29 to December 2:... 6 France considers unacceptable Proposal by Boris Johnson... 7 Without payroll and without commissions, these are... 8 Zzoyl: By very taboo it is, this gives money; I have... 9 Julia Otero talks about the sequels that has left... 10 This was the tribute of saved by the bell to Dustin... 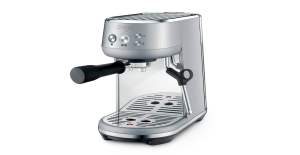 Hi-tech coffee machine: This is the bambino