A gift for Putin: How the Serb Aleksandar Vučić ignited the Balkans

Seemingly out of nowhere, an old conflict is brewing on the Serbian-Kosovar border. 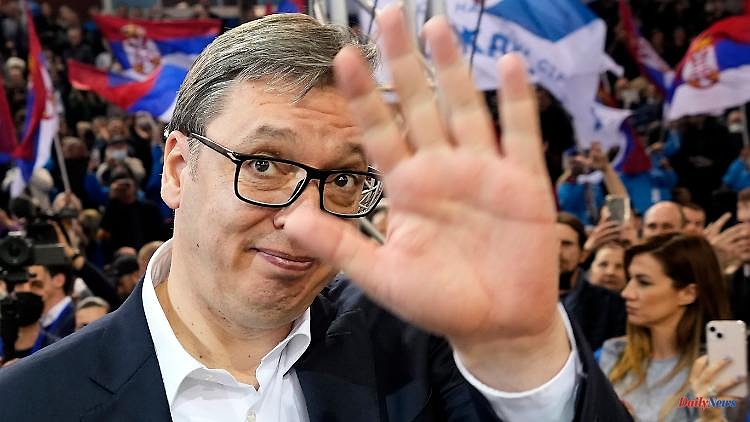 Seemingly out of nowhere, an old conflict is brewing on the Serbian-Kosovar border. The focus is not only on Kosovo's right to exist, but also on a style of politics that plays with the fear of war.

Just a few hours on Sunday evening show how fragile the peace in the Balkans is at the moment. It all starts around 6:30 p.m. with reports of shots being fired at the Serbian-Kosovar border. Sirens are wailing in the city of Mitrovica. Serbs set up temporary roadblocks at two border crossings. What exactly is going on is unclear at this point. But speculation about an allegedly planned invasion quickly ran rampant on social media. Who is the aggressor and who is the victim changes depending on the perspective.

In this mess, the tweet of a rather insignificant MP from the Serbian ruling party is washed to the surface. He writes that Serbia could be forced to begin "denazification of the Balkans." Around 9 p.m., Serbian President Aleksandar Vučić addressed the nation himself and said that his country wanted peace, but not at any price. KFOR also felt compelled to speak shortly after 11 p.m. Should stability in the region be threatened, one is prepared to intervene. The situation only eased shortly after midnight – for the time being.

The Kosovar government is stepping on the brakes on tightened border controls after the USA and the EU took action. They were supposed to come into force at 12:00 a.m. and basically deny entry to all Serbs who cannot produce a certificate from the Kosovan border police. Serbian license plates should also no longer be recognised. In Serbia, the reverse has been practiced for years. But for many Serbs, this return carriage is still an absurdity. They still believe that Kosovo is not an independent state and actually belongs to Serbia. Now the entry regulation is to be suspended until September 1st. But what happens then?

"I don't see the danger of a large-scale conflict," says Eastern Europe expert Vedran Dzihic from the Austrian Institute for International Affairs in Vienna. Smaller skirmishes on the Kosovar-Serbian border have been going on for years. But for both sides there is nothing to gain in a military conflict. "The international pressure to return to the negotiating table will be very strong over the next 30 days," says Dzihic. For Kosovo's Prime Minister Albin Kurti, the withdrawal of the entry rules would be a painful domestic political defeat, but with a view to his country's EU accession prospects, he should be open to a compromise.

Less concessions can be expected from Vučić. Playing for time is the best strategy for the power pragmatist, says Dzihic. Serbian media loyal to the system stylized the dispute over entry documents into an attack on the country even before the escalation in the evening - with the result that Serbian nationalists felt incited. "It's an old game," said political scientist Dzihic. "Vučić sets the fire, provokes a crisis himself, only to show willingness to compromise at the last moment." It could be the same this time.

Although Vučić has recently shown himself to be unimpressed by pressure from the EU to recognize Kosovo as a state, he also knows that Serbia is economically dependent on the European Union. Two thirds of Serbian exports go to the EU. At the same time, Brussels has been transferring around 170 million euros annually to the country since 2007 as part of the so-called pre-accession aid (IPA). It would not be particularly wise to sever these economic and financial ties - especially since the Serbian economic engine has been paralyzed in the wake of the Ukraine war.

Nevertheless, says Balkans expert Dzihic, Vučić doesn't really want to lead Serbia into the EU. "The fact that there hasn't been any progress in the accession process for quite some time is in his interest. He always sits on several chairs." Economically, the country benefits from its proximity to the EU, but ideologically it is more in line with Russia. And then there is China. The news in April that Serbia had bought a Chinese missile defense system caused a lot of trouble - especially in the USA. Not the first arms deal with Beijing. At the same time, China is investing heavily in health and education in the Balkan state. And into the surveillance infrastructure.

Even in times of increasing tensions between the West and Russia, Vučić does not want to back away from this strategy - at least as long as nobody forces him to choose one side or the other. Although Serbia also condemned the Russian war of aggression in Ukraine, the country does not want to participate in the EU sanctions for at least two reasons: firstly, because Serbia receives Russian gas at a kind of friendship price, secondly, because a break with Moscow in the largely pro-Russian population would not go down well. And so Vučić stoically endures the requests of the EU, as a candidate for accession, to finally join the sanctions. It's nothing more than requests.

Meanwhile, the Kremlin is happily continuing the spiral of escalation. After the spokeswoman for Russian Foreign Minister Sergey Lavrov described the new entry rules as an "unjustified" instrument "to expel the native Serbs from Kosovo" on Sunday evening, Putin spokesman Dmitri Peskov added at noon. Serbia can be sure of Russia's "full support". The small skirmish on the Kosovar-Serbian border suits the Kremlin just in time: it can show the West as a failure because it failed to mediate between the two countries on unresolved issues.

Russia itself has no interest in de-escalation anyway. To this day, Moscow also does not recognize the sovereignty of Kosovo. "Russia wants to stir up trouble, undermine the democratization process in the Balkans and keep the West busy," says Dzihic - all to prevent other Balkan countries from joining NATO. In addition, the "provocations from Pristina" can be sold in their own country as controlled by the West. The Western Balkans is a huge topic in Russia - and according to Dzihic, the message is clear: "Look, the West isn't just angry with us in Ukraine."

1 Temperature Shock Needed: Heat wave does not affect... 2 Study on life expectancy: men do not live shorter... 3 Thuringia: serious theft in the supermarket in Bad... 4 Thuringia: AfD in survey the strongest force in Thuringia 5 30 bargains for your manager game 6 After the trip to Moscow: "Disgusting when former... 7 EU Court of Justice rejects – parents want to move... 8 Disposal: Start construction work to dump Fukushima... 9 With these new Corona rules, the anger is programmed 10 Explosions: fire in Grunewald: interruptions in rail... 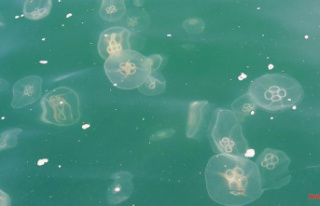