Finland and Sweden are taking important steps on the way to NATO membership: the Finnish parliament votes in favour, Sweden's foreign minister is already signing the membership application. 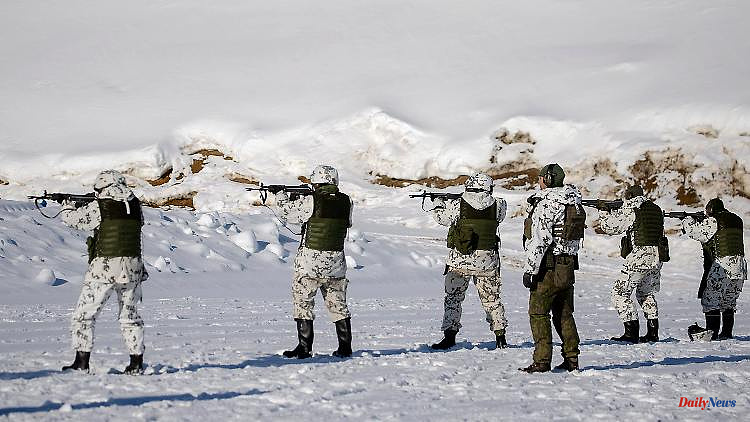 Finland and Sweden are taking important steps on the way to NATO membership: the Finnish parliament votes in favour, Sweden's foreign minister is already signing the membership application. Now Turkey has to be convinced.

The application for NATO membership is a reaction to the Russian war of aggression in Ukraine and a changed security and threat situation. Finland shares a border with Russia that is more than 1,300 kilometers long. President Sauli Niinistö and Prime Minister Sanna Marin had already declared on Sunday that they wanted to submit an application. Niinistö now has to sign the application before it can be handed in together with the Swedish document at NATO headquarters in Brussels.

Sweden's Foreign Minister Ann Linde had previously signed her country's NATO membership application. Sweden announced on Monday that it wanted to become a member of the alliance. "This is a historic step: we welcome Finland and Sweden's sovereign decision to join NATO," said Federal Chancellor Olaf Scholz on Twitter.

All 30 NATO countries must agree to membership applications from Finland and Sweden. While NATO Secretary General Jens Stoltenberg has repeatedly emphasized in recent weeks that the two Nordic countries are warmly welcome in the alliance, it is now considered certain that Turkey will attach conditions to admission.

Finnish and Swedish diplomats plan to travel to Ankara later this week to speak with representatives of Turkey's foreign ministry. "Turkey's statements have quickly changed and hardened in recent days. But I am sure that we can solve the situation with constructive talks," said Finland's President Sauli Niinistö in the Swedish parliament. Niinistö had previously arrived in Stockholm for a two-day state visit.

Despite Turkey's concerns, Germany's Foreign Minister Annalena Baerbock expects Finland and Sweden to be quickly admitted to the defense alliance. "I am very confident that Finland and Sweden will join quickly, because everyone is very aware that this is a crucial moment. This is a historic moment, but in a highly dramatic situation," said the Greens politician a meeting with her Danish counterpart Jeppe Kofod.

On the question of possible security guarantees for Finland and Sweden towards Russia during the admission process, Baerbock said the federal government and many other NATO countries are planning a rapid ratification process. This minimizes the time of the transition phase. "If this phase should last a little longer because it will not be just one day, then we will all give the appropriate security," emphasized the minister.

Sweden and Finland would bring more defense capabilities and make NATO stronger, Baerbock said. "We are already on many missions together and their standards are more than NATO-compatible." Therefore, accession is in the Alliance's own interest. From the German side, the door is more than open, the federal government will launch a very fast ratification process.

The ratification process will follow the completion of NATO's internal process for admitting the two Nordic countries. In Germany, the approval of the Bundestag is required for ratification. Baerbock said at the weekend that the federal government had already spoken to all democratic parties in parliament.

1 Gone among the painters: Musician Cro now also makes... 2 Schröder example "unnecessary": Traffic... 3 30 degrees, hail, heavy rain: heat wave is coming... 4 Dispute over resolution: Sellering board throws up... 5 Disruptive maneuvers and US fighter jets: Why is Erdogan... 6 Boost for the new Elizabeth Line: The Queen makes... 7 RTL / ntv trend barometer: the majority thinks the... 8 Lessons from the NRW debacle: FDP wants to push for... 9 Loss of seven billion dollars: US judiciary accuses... 10 She herself is happy: users criticize covers with... 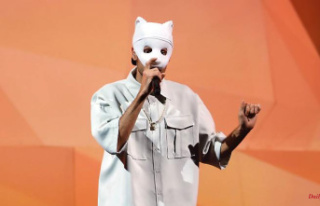