A history teacher during the war: "I don't want my child to get to know the 'Russian world'"

As a history teacher, Andriy foresaw the war. 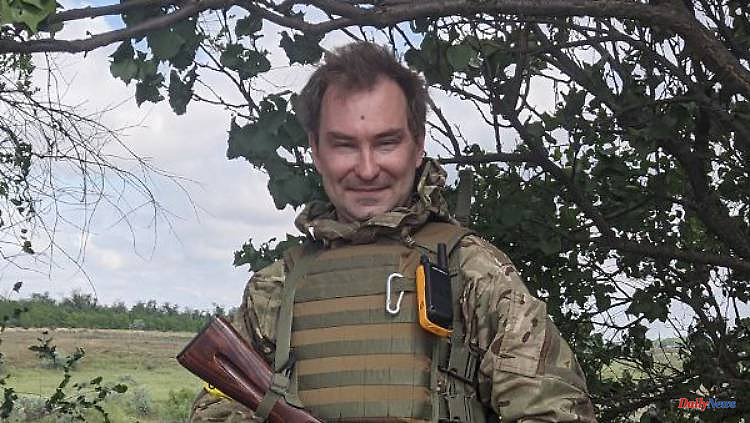 As a history teacher, Andriy foresaw the war. Today he is part of the Ukrainian territorial defense. In an interview with ntv.de, he explains why, according to him, the war was inevitable and what solutions he sees for the peace agreement.

ntv.de: Were you drafted or did you volunteer for service?

Andriy: I went to the territorial defense voluntarily. It may sound a bit pompous, but I went there to protect the motherland. It's simple: I don't want the Russians to come here. A colleague of mine is from Russia. When she came from there 15 years ago, she said: "Only Moscow and St. Petersburg are rich. Anyone who claims that people in Russia live richer and better than in Ukraine has never been to Russia." In rural Russia people live worse than in any village in Ukraine. I chose territorial defense so that my child would not have to get acquainted with the "Russian world".

Do you want to teach history again?

Yes, from the moment of victory. I am now officially mobilized. I have never served before, I have no military experience and I am visually impaired. But I can be useful in the background, at checkpoints or for paperwork.

How did you experience February 24th?

I had an appointment for a corona vaccination and woke up very early. I turned on the news and saw that there were detonations all over the region. I woke up my wife and told her that she has to go to the west of Ukraine with our child and her father. I then drove the car to refuel and my wife called her relatives near Lviv to tell them she was going to their place. They gladly agreed, but called back half an hour later and said they were now sitting in the basement of a bunker. Her apartment is near an airfield that was also shelled. So we decided that she wouldn't drive after all. A few days later it was no longer possible to get out of town by car. Firstly, there were terrible traffic jams, and secondly, there was a high probability of being shelled. But when the sirens sounded and we sat in the air-raid shelter for the first time, my wife said: Now I want to flee, we have a two-and-a-half-year-old child and you don't know if a rocket will hit nearby in the next moment. You can only survive if you are dug up fast enough.

Do you have enough weapons in your unit?

All Soviet weapons that exist in Ukraine are in full use. In my battalion we've had people wounded and shell-damaged, and I know many who have died at the front. I would therefore like to have more weapons so that we can prevent unwanted fire. We are too dependent on luck: maybe the rocket will come, maybe not.

You are a historian - did you foresee the war?

Sometime in December, January I understood that something was going to happen. Since October there have been constant rumors that schools and universities have been mined. Nobody knew what was going on. At first it was thought that young people had pranked themselves, but the warnings about mines were increasing every day. Then the Ukrainian security service reported that Russia was behind the rumors. Ukrainian authorities found that the text messages about the alleged mining came from the occupied areas of Luhansk and Donetsk. It was fake news intended to cause panic. This was apparently done to see how the security authorities would react in such a case. There was also a clear escalation in the Russian media. When it came to Ukraine, there was more talk of "Nazis" and "Banderists". It had never been said openly before.

In any case, about a month before the start of the war, I always had a full tank in the car. And I told my wife that if anything happened, she had to get in the car right away and go west. But of course I didn't expect it to be on such a scale.

Can it be said that this war was inevitable?

Yes, in a way that has been clear since 2014. Here one can very well draw parallels to the first and second Chechen wars. In the first Chechen war, Russia received a slap in the face. They signed the Khasavyurt Accords, in which Russia promised to withdraw its troops and promised peace. A few years passed as the Russians gathered their forces, then attacked again. However, the Ukrainians were luckier than the Chechens: Putin was given false information about the Ukrainians' fighting ability and patriotism. They expected us to meet them with bread and salt. Also, the Russian army is officially 80 percent equipped with the latest weapons, when in reality it's only 5 or 10 percent because the leadership pocketed the money. Corruption is most developed in Russia.

What do you think about the energy crisis in Europe. Will Germany have enough gas?

Thanks to Merkel and Schröder, Germany was hanging on the Kremlin's gas needle. Russian jokes are already circulating on the Internet that "Khokhly" [a Russian swear word for Ukrainians] and "fascists" [the Germans] will freeze to death. The propaganda works, but nobody will freeze to death. However, the economy will have problems.

When do you think the war will end? In weeks, months or years?

I hope not in years. And certainly not this winter. I'm guessing a year and a half or two. The problem is that the West was not prepared for such intensity. You don't have enough guns. I even believe that if Putin dies, the war will still continue. The government won't just stop.

Is this war a genocide against the Ukrainian population?

Russia's actions fall within the clear definition of genocide - the willful extermination of a specific group of people because of their ethnic or social characteristics, nationality or religious beliefs. What the Russians are doing in Ukraine is physical annihilation, forced relocation of civilians, torture, rape.

Why are the Russians deporting Ukrainian children?

That's easy, they want to produce new Russians. It's the easiest way to increase your population.

What can Ukrainians do to speed up victory?

The simplest task is to survive as a nation. Our task is to survive this war. We must win or they will defeat us. There is nothing in between. In the years 2013 and 2014 there were still interim solutions. But now this problem must be solved, otherwise there will always be victims.

1 Pomp, pageantry and anointing: the monarchy is just... 2 LGBTQ community concerned: Right-wing politicians... 3 "Big leap backwards": China is closing 4 A little better or a lot?: The iPhone 14 has to be... 5 Release of cannabis: is Lauterbach threatened with... 6 Stephan Weil in the ntv.de interview: "Our state... 7 After the death of Mahsa Amini: women in Iran cut... 8 Green taxonomy not green: activists fight against... 9 Environmental groups are putting pressure on: countries... 10 After Russian withdrawal: Kharkiv region continues... 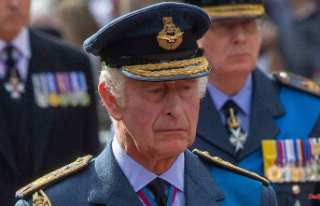 Pomp, pageantry and anointing: the monarchy is just...