A lot of criticism, hardly any ideas of your own: where is Söder's 15-point plan?

The CSU has announced a 15-point crisis strategy for today. 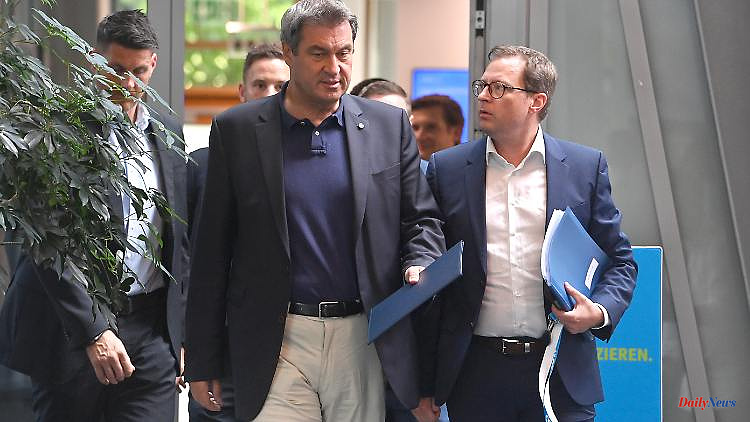 The CSU has announced a 15-point crisis strategy for today. But party leader Söder is working on the traffic light decisions, which he considers "piecemeal". Where is his own, far-reaching concept?

At the weekend, Markus Söder interspersed a bit: "Moving the commuter allowance more dynamic, eliminating VAT on staple foods or reducing the cold progression would help the middle-class quickly and effectively," explained the CSU boss on his Facebook page. In his view, the traffic light coalition owes a sustainable concept for energy supply, and according to Söder, it also has no strategy for combating rising prices.

However, Markus Söder has them, so the message should be. According to the announcement, the three proposals are part of a 15-point plan that the CSU board wanted to decide on Monday. 15 points - that sounded like strategy and overview, like coordinated measures from a single source.

Between the announcement on Saturday and the press conference after the board meeting on Monday, however, the CSU seemed to have lost a large part of the eagerly awaited 15 points. At least the Söders statement suggested that there was no more talk of the announced plan.

After completing the "Bavaria" program item, the CSU strategy for Germany could have started in the crisis, but: Söder again did not go into the announced plan. He initially criticized what comes "from Berlin" as patchwork and illustrated his accusation of concepts for driving bans and an "ice cold release, according to the motto, we now prescribe a certain temperature for showering".

Where did Söder get the Berlin plans for the legally prescribed cold shower? One does not know. So far, the responsible economics minister, Robert Habeck, has launched an advertising campaign for saving energy, proposed that gas suppliers who buy expensive gas on the world market be supported with loans, and a plan to encourage the industry to save gas with bonuses. If necessary, the coal-fired power plants can also be started up. Not a word about cold showers. After all, the Federal Network Agency asked whether it is necessary to take a hot shower every day. Dermatologists would agree.

First of all, Söder was concerned with distancing himself from a non-existent "ice cold decree" for wimps and the idea of ​​​​driving bans - after all, they really exist. What the CSU leader's crisis plan is promoting instead: the comeback of nuclear energy. In winter, Germany will "have an additional power shortage in addition to a real gas problem," explained Söder. There are no arguments "except purely ideological Basta arguments not to extend nuclear power".

The argument that no fuel rods can be used is "technical nonsense," says Söder. "Because they can be obtained anywhere in the world, all European neighbors do that." What Söder left unmentioned: The problem with fuel rods is not that they cannot be ordered, but that they can only be delivered in a year and a half. That's just how long it takes to produce them. An extension of the service life of the three nuclear power plants still connected to the grid would therefore only help from 2024, but not in the winter that is coming to Germany next.

"The three nuclear reactors that are still connected to the grid should continue to run until 2025," says Söder, leaving everything else in vague. He does not repeat his request from April. At the time, he advocated reconnecting two nuclear power plants that had already been shut down, in addition to the three that were still running, for five years. The typical Söder slogan, "Five for five", remained unmentioned on Monday - just like the whole idea.

But even without "five for five", Söder's proposals caused great astonishment in the federal government. The party chairman of the Greens, Omid Nouripour, recommended that the CSU leader "to talk to those responsible in the companies before he really makes suggestions that are beyond all facts". What Söder is doing is "clearly ideological and, to be honest, outrageous".

But for Söder, the nuclear power plants are the central factor against the crisis, so the first point is "clarifying the gas supply with Austria", the second point is "explaining that nuclear power can continue". But then the points plan ended again. Instead, he criticized the approved approval process for wind turbines, the disadvantage for hydropower and the fact that the federal government ignores inflation. "High debts drive inflation," Söder noted, "10,000 new jobs, some with relatively bizarre officers." With the increase in interest rates, the German financial situation will also become extremely difficult, which is why a long-term concept is needed here too.

However, Söder did not use the opportunity to explain such a thing under points 3 to 15, but continued to work on individual items, just what the traffic light coalition has recently launched. Instead of a tank discount, the CSU is calling for a reduction in energy taxes. Instead of a nine-euro ticket, I prefer permanent money for local transport, for rural areas an increase in the commuter allowance, energy money for pensioners too, measures against cold progression.

The last point on the subject of finance, according to Söder, is the staple food. And only here did it become clear that the previous one-sentence demands of the Prime Minister must have been the 15-point program of the CSU. Again, Söder built on an existing initiative, namely the massive reduction in VAT on staple foods.

"But not, as parts of the Greens want, only for certain foods." Söder was referring to the idea of ​​excluding meat from the tax cut because it is particularly energy-intensive to produce and the current measures are based on the idea of ​​trying to save energy. The CSU is against it, the citizens should be able to decide for themselves, not the "political class in Berlin".

So the party leader of the Christian Socialists limited himself this Monday to primarily saying that he considers the traffic light crisis policy to be wrong, although not everything he targeted is traffic light policy at all. As vague as the criticism is, so are our own suggestions as to what should be improved and how. But Söder is certainly right with at least one assumption: the crisis will last longer than until winter. Plenty of opportunity for the CSU to possibly work out its own strategy after all.

1 Allegations against airlines: Flight chaos makes the... 2 Holocake 2 vs Apple Glasses?: Meta reveals super slim... 3 Summer vacation is just around the corner: These nine... 4 Summer in Europe: Which corona rules apply in the... 5 Cleaning with goods test: five toothpastes are "very... 6 100 euros in July: when is the child bonus on the... 7 32 times Classic-Zisch in the test: The best mineral... 8 Short of cash: Should you lend money to the family? 9 Avoiding neighborhood disputes: Where and when can... 10 Rate at risk?: In the event of payment problems, inform... 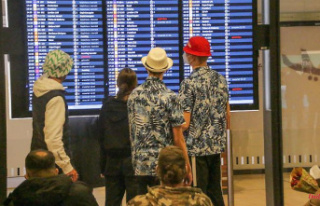