A new Prime Minister, a female Polytechnique Major... Relive the summer of 1972

The first Frenchman in space, the campaign for the Maastricht referendum, the tainted blood trial, the attack on Jacques Chirac, medals at the Olympic Games. 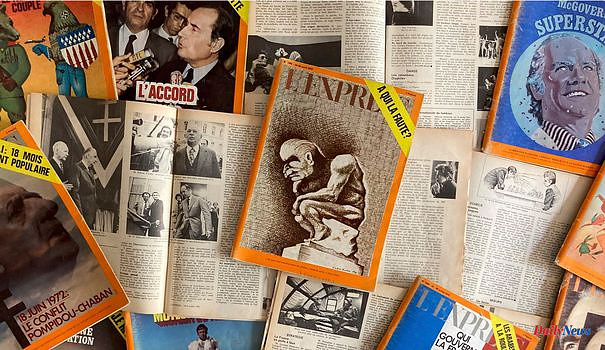 The first Frenchman in space, the campaign for the Maastricht referendum, the tainted blood trial, the attack on Jacques Chirac, medals at the Olympic Games... From 1972 to today, L'Express has witnessed, each summer, political events, technological advances, sporting victories or great cultural firsts. Thanks to our archives, we invite you to relive this news by turning the pages of our fifty-year-old weekly. This week, the summer of 1972.

Three days after the end of the parliamentary session, Jacques Chaban-Delmas presents the resignation of his government. For observers, this decision belongs more to the President of the Republic than to the outgoing Prime Minister. By appointing Pierre Messmer, an early Gaullist, to Matignon, Georges Pompidou chose a more subordinate Prime Minister than his predecessor in view of the legislative elections of 1973. This appointment, supported by the return to government of Edgar Faure, was enough to give a second wind to political power?

"In place of a 'worn' Prime Minister, the Head of State wanted to impose a new man, almost an unknown - even though he had spent more than nine years under the harness of General de Gaulle. Behind this man with clear eyes, assisted, out of prudence, by an old hand in all-terrain politics, Mr. Pompidou hopes to restore to his government, and perhaps to his politics, the shine of the new. But make-up is not health. Mr. Pompidou is not giving the regime the impetus it so badly lacks by replacing Mr. Chaban-Delmas with the strange Messmer-Faure tandem. The political class remains skeptical. It continues to expect the President to give wondering if he has not just locked himself more in the conservative prison of his majority. The presence of Mr. Faure would then risk being only an alibi.

Anne Chopinet was one of the first seven women to open the doors of the École Polytechnique in 1972. Her ranking, top of the entrance examination, aroused the enthusiasm of Françoise Giroud who welcomed this major advance for women's access in positions of responsibility.

"And she doesn't even have the tact to be ugly, Miss Chopinet.

It's true that ugly girls no longer exist today, but anyway... Let's say that this charming blonde has no good will to be forgiven for the indecency of which she was guilty by ranking first - major, as they say - in the entrance examination to the Ecole Polytechnique, a competition open this year to the second sex by the will of the Minister of National Defence, Mr. Debré. 80 candidates, 8 accepted, in a promotion of 300 students. A good score. [...]

Anne Chopinet is the guest of President Georges Pompidou on July 14, 1973.

Dear Mademoiselle Chopinet, whether you were calculating cannons with your colleagues from this body of mines traditionally chosen by the major, whether you were asking for the hand of a handsome young man slightly 'better born' than you, whose parents will say: 'We don't don't refuse his son to a major of the X ', or that you put a little spice in a situation which does not provide, en masse, laughs, you have already done a hell of a job.

Since 'it' became known, hundreds of women held in check, looked down on, asked to be silent when He speaks, underpaid, or simply aware of not having been helped, on the contrary, in their development, hundreds of women laugh. They look at all those who have been, are and remain unable to be majors at Polytechnique, that is to say the entire male population minus around thirty living men. And, gently, simply, they laugh."

"He died in a small Italian hotel. With him, for his last outing, barely removing his makeup, his partners from the Most Beautiful Evening of my life, his old traveling companions: Michel Simon, 77 years old, Charles Vanel, 80 years old Claude Dauphin, 69. He asked for champagne and he died.

A beautiful scene. Like the end of a movie. The one that Pierre Espinasse, born in 1905 in Paris, would have shot for 67 years, in the role of Pierre Brasseur. Everything seems to be settled in order, in a shortcut of farewell, to summarize this disorderly and fantastic scenario: his life.

Article from August 21, 1972 in tribute to Pierre Brasseur.

He had a slap in the face for a long time - slapped by Gabin in Quai des Mists - and enriched French cinema with a gallery of gigolos, gouaps and cowards. But with age and weight, he became Bluebeard, Frédérick Lemaitre, Goetz in Le Diable et le Bon Dieu, by Sartre, Kean, and, far from flashes and screens, a kind of insomniac Falstaff for bars of Montparnasse.

Organized in Reykjavik from July 11 to September 1, the World Chess Championship offers unprecedented ground for the confrontation between the United States and the USSR. Phenomenon Bobby Fisher challenges defending champion Boris Spassky. Since 1948, the Soviets have reigned supreme on the world chess scene, the American Fisher is about to put an end to this domination.

"'La pathétique': this is the nickname that the great chess masters, almost all of them musicians, have given to the 13th game of the world championship, won by Bobby Fischer against Boris Spassky. Nine hours of an uncertain struggle seem lead to a draw, when Fischer, attacked, takes the risk of sacrificing his king's rook pawn. The grand masters hold their breath. Having cleared king and rook, Fischer advances a pawn to make queen. Spassky presses the clock : he gives up.

Face tense, he sportingly holds out his hand to Fischer, who slips away. The public then has a surprise: the world champion sits down, puts the pieces back in their previous position and asks the referee to take Fischer's place. For six minutes, Spassky humbly reconstructs what he should have played. In the past conditional... If champions make mistakes, it's because they have to quickly choose between possibilities with multiple consequences. The critics who judge them next have plenty of time and no risk."

Exclusively for L'Express, the first photo of Chiara Mastroianni in the arms of her mother Catherine Deneuve. She will later walk in the footsteps of her famous parents.

1 Clément Beaune: "Eurovision is a form of soft... 2 Winter sales: traders hope to make up for the shortfall... 3 The French, European motorcycle champions 4 In western Lyon, residents are up against a cable... 5 INFOGRAPHIC - Traffic jams, travel times by train... 6 Conflans: encrypted messages, 16 people in police... 7 Griveaux said he sent "between five or six videos"... 8 "The terror continues": Olena Selenska asks... 9 Hitler assassination, war, Ukraine: Bas: Bundeswehr... 10 The day of the war at a glance: Mocked Putin sees... 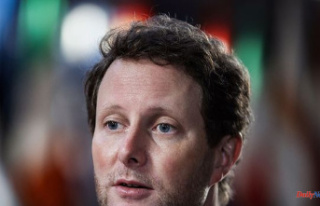 Clément Beaune: "Eurovision is a form of soft...