A new UK center will be established to combat information warfare

The UK's new security centre will help to increase its security by providing expertise in cutting-edge technology. 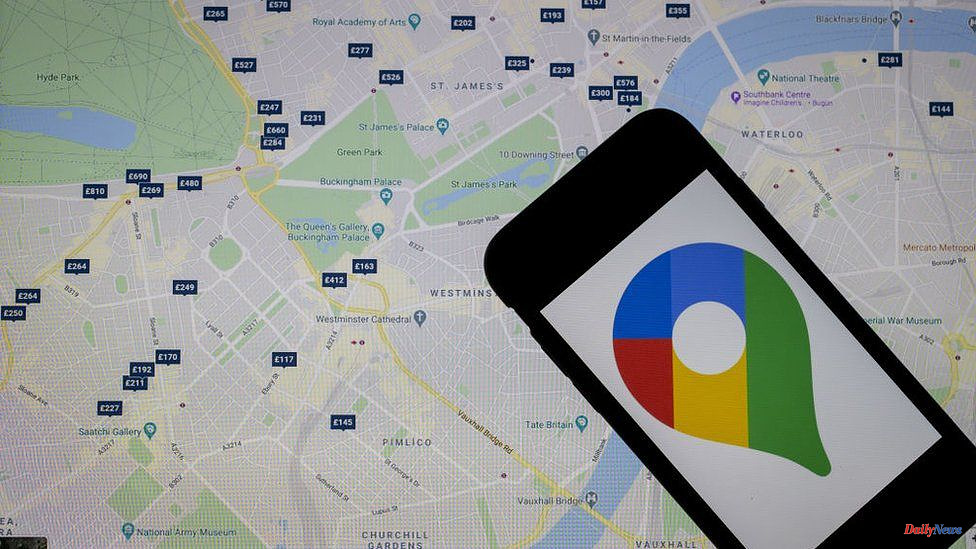 The UK's new security centre will help to increase its security by providing expertise in cutting-edge technology.

Officials from the UK claim it will allow for expertise to be developed outside of government, which could include publicly available information.

This is crucial in fighting Russian disinformation about Ukraine.

However, there are concerns about the government's current fragmented use of open-source intelligence.

In recent years, there has been widespread belief that Moscow holds the upper hand when it comes to using technology to combat an "information war".

Since Russia used social media to influence public opinion to the best of its ability, the West seemed to be in disarray. The most notable example was the use of fake accounts during the 2016 US presidential election.

Officials say that the balance has changed in the Ukraine conflict.

Two anonymous government officials stated that "In the current phase, the balance is with those who seek to know the truth about Russia's campaign," in a paper published to commemorate the launch of CETaS funded by the government.

Open-source intelligence is a key reason. This is based on the analysis of publicly available data such as videos on social media. It's different from "secret" intelligence, which spy operatives obtain by secret means like intercepting communications and running agents.

Paul Killworth, the deputy chief scientific advisor for national security, stated that the Ukrainian conflict had shown them the importance of data analysis for exposing Russian disinformation campaign.

"Centres like [CETaS] are another tool in our arsenal of open societies. This allows us to have more specialists who can investigate claims."

The US and UK governments have used open-source information to make it possible to speak publicly about the secrets they are receiving. This type of information can be most effectively used by people outside the government to expose what really is happening on ground.

Graduate students from Monterey in California saw Google Maps show a traffic jam heading towards the Ukrainian border on 23 February.

They posted that it appeared that war had begun, well before any official announcement.

Others have used data since the conflict began to investigate war crimes and contest Russian narratives.

According to Mr Killworth, the positive aspect of citizen-journalists' pioneering investigations is Bellingcat.

He said, "If you looked back maybe a decade, if your were looking at advanced analytics capabilities, the ability manage large amounts data and conduct cutting-edge analyses, this was the preserve government."

It was done behind barbed wire and under very strict control. A few decades later, the number of IT tools, analytics, and open-source data that are available to investigator journalists, citizens groups, and academics has risen dramatically."

The new centre will use new technology to keep an edge. This could be automated recognition of military vehicles using satellite imagery, social media, or other means. Human experts can then spend their time solving more difficult problems.

Tools allow for greater translation and interpretation of foreign languages material. Artificial Intelligence can also reveal patterns of behaviour and language that may indicate the existence of a disinformation network via social media.

These challenges can be dealt with quickly by the centre, which strives to create a community that can keep up with the increasing amount of data and tools available.

A paper jointly co-authored by RUSI and the think tank RUSI was published as part of the launch. It raises questions about the government's ability to properly exploit open-source intelligence.

It warns about the current fragmentation of government activity and suggests that it should be elevated to become an intelligence discipline "core".

According to one official, 35% of intelligence is open-source. However, only 1% of the funding goes to classified sources. Building up skills and breaking down the barriers is important. Government analysts are sometimes unable access open-source information due to technical and regulatory restrictions.

Experts warn that Russia will adapt and improve its game. This could mean Russia spending more time promoting its message to the West, which can be harder for governments and social-media companies to counter. Or, it might mean developing better "deepfake technology."

Russia's narrative is not being challenged within its borders, as it has closed its information space. The CETaS report authors state that Moscow's messages might also be more effective outside the West.

They warn that Russia is succeeding beyond the Western "information theater": The audiences in China and India, Africa, the Middle East, and Africa have a more sympathetic perspective of Russia's actions.

1 India's farm law: Farmers are ready to protest... 2 Pride in London: More Than 1m people attend the 'biggest... 3 Pret A Manger, a UK sandwich shop, launches in India 4 After viral hit, Hello Kitty strikes a deal with China 5 The post-Brexit border war rages 6 How can teens get Covid? 7 Oswestry GCSE students get a teaching assistant to... 8 Kendrick Lamar concludes Glastonbury with a plea for... 9 Miloedd yn gorymdeithio dros annibyniaeth 10 "The near-death experience made me a top singer" 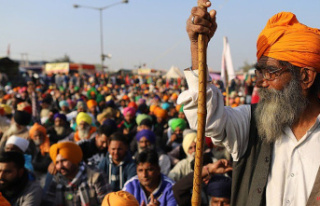