A star that bears her name: Avril Lavigne lounges on the "Walk of Fame"

It is already the 2731st star on the "Hollywood Walk of Fame". 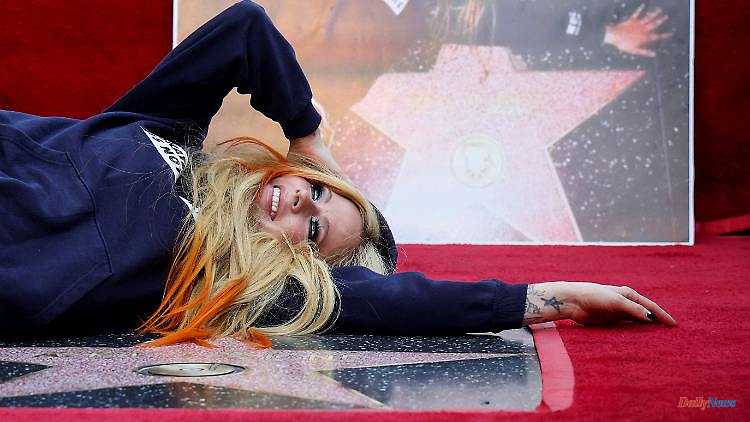 It is already the 2731st star on the "Hollywood Walk of Fame". But for Avril Lavigne it is something very special - after all, her name is on it. And so it's one of the "coolest" days of her life for the Canadian singer when the plaque is unveiled.

Canadian singer Avril Lavigne fell to the ground in Hollywood to thunderous applause from fans. The 37-year-old lolled in the flashbulbs of photographers on her newly unveiled star plaque on Hollywood's "Walk of Fame".

At 16, she visited the "Walk of Fame" on her first trip to Los Angeles, the singer reported. She had just dropped out of high school. She never imagined being immortalized in Hollywood. It was probably one of the "coolest" days of her life.

Lavigne brought a photo from her first Walk of Fame visit and donned a hoodie she wore when she was 16. She proudly referenced the hoodie that read "Skateboarding Is Not At Crime." At the time, that suited the image of the untamed skate punk girl, who caused a sensation with songs like "Sk8er Boi".

Lavigne left her small-town Canadian home as a teenager to make music first in New York and then in Los Angeles. In 2002, the then 18-year-old conquered the charts with her debut album "Let Go" and the single "Complicated". She has released seven studio albums to date, including this year's Love Sux. According to the "Walk of Fame" operator, she has sold almost 50 million albums.

As a guest speaker, rapper Machine Gun Kelly gushed that Lavigne inspired him and a whole generation of young people with her rebellious songs. He is a big fan of her music and her "strong" voice. "Your songs will last long into our lifetimes," said Lavigne's rapper friend and actress Megan Fox's partner.

Lavigne temporarily withdrew from the public eye in 2014 because of severe Lyme disease. In 2019, the singer and songwriter returned with the album "Head Above Water".

In April, Lavigne announced her engagement to US rapper and punk rocker Mod Sun. She met the musician, whose real name is Dylan Smith, in 2021 while recording songs together. Lavigne has already had two marriages. She was married to Canadian musician Deryck Whibley from 2006 to 2010. In 2015, she split from Nickelback singer Chad Kroeger after two years of marriage.

1 Has action star squandered money?: Stallone divorce... 2 No more paperwork?: This is how the e-prescription... 3 North Rhine-Westphalia: Dealer sells drugs via messenger... 4 Thuringia: Seniors are the main recipient group for... 5 Bayern: FC Augsburg lends young players Malone and... 6 Bavaria: deer is thrown head-on on the car 7 North Rhine-Westphalia: CDU: NRW supports the federal... 8 Hesse: The paint is off: Senckenberg-Saurier gets... 9 Mecklenburg-Western Pomerania: The vantage point on... 10 Hesse: Christmas market yes, but without an ice rink:... 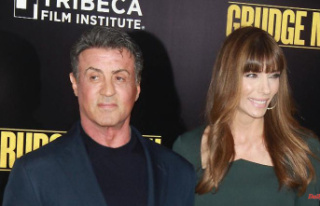