A US judge has set the start of Twitter's trial against Elon Musk in October for five days, granting the social network's request for a speedy procedure

A US judge has set the start of Twitter's trial against Elon Musk in October for five days, granting the social network's request for a speedy procedure. The platform last week launched lawsuits against the boss of Tesla and SpaceX to force him to honor his commitment to acquire it for 44 billion dollars.

Twitter had requested an accelerated procedure, from September, so as not to prolong the period of uncertainty which partially paralyzes the company. Judge Kathaleen McCormick, president of a business law court in Delaware (northeast), acknowledged that "delays could do irreparable damage to Twitter". She also mentioned that it was not certain that the payment of damages from Elon Musk would be enough to repair the harm suffered.

Elon Musk's lawyers had filed an appeal on Friday for hostilities not to be opened before next year. They assure that the experts will have to analyze "mountains of data" to prove, as the multi-billionaire claims, that the platform is full of automated accounts and spam, well beyond the proportion of 5% officially indicated. That's the reason Elon Musk gave for unilaterally ending the takeover deal for the social network, which he sees as a "public square" essential to democracy.

Although she is going through an image crisis after months of attacks and denigration from her ex-suitor, the platform is the favorite in this showdown. Twitter's stock has been in good shape since the lawsuit was filed. The odds that Elon Musk will get away with paying only the $1 billion deal breaker or being declared in good standing are considered very low. The multibillionaire and the board of directors can still choose to agree on a slightly lower price and thus avoid the lawsuit. 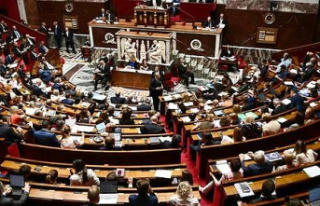