In addition to German celebrities such as Veronica Ferres and Emilia Schüle, there are also numerous international stars at the 75th Cannes Film Festival. 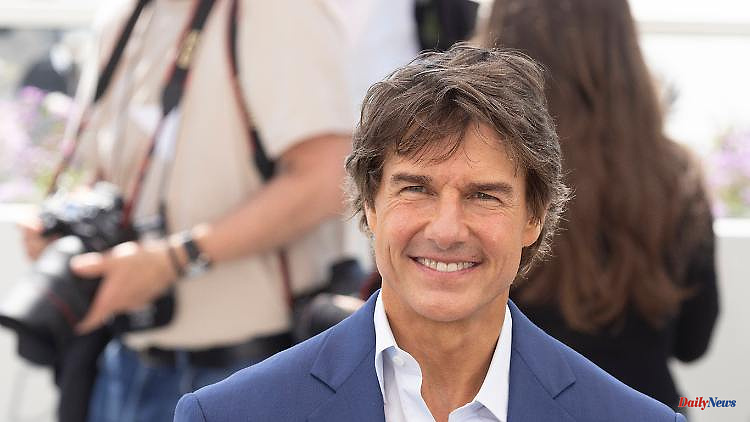 In addition to German celebrities such as Veronica Ferres and Emilia Schüle, there are also numerous international stars at the 75th Cannes Film Festival. Now, with Tom Cruise, a real Hollywood great is causing a stir.

There are countless celebrities, real stars and then there are people like Tom Cruise, who embodies Hollywood like no other. It's no wonder that at the premiere of his new film "Top Gun: Maverick" at the 75th Cannes Film Festival, everyone clamored for him - regardless of whether it was the countless fans or the many photographers.

Colleagues such as Jennifer Connelly, Miles Teller and Jon Hamm who were also present on the red carpet could hardly distract from the radiance of a Cruise. Other stars such as Elle Fanning, Eva Longoria and pregnant model Adriana Lima also presented themselves to the cameras, but could not steal the show from the 59-year-old.

A particularly extraordinary moment followed when the French Air Force aerobatic team soared over the event, emitting smoke in the colors of the flag. That went with the action flick around the top pilot "Maverick", played by Cruise, of course like popcorn goes with a movie night. Even the stars couldn't resist a look at the sky.

The leading actor was also surprisingly honored with a Golden Palm of Honor during the performance. According to a report by the industry portal "Deadline", Cruise spoke of an "incredible evening and an incredible time". He was just happy to be able to see the faces of everyone present. His film received a standing ovation for around five minutes.

"Top Gun: Maverick" is out of competition at Cannes. In it, Curise plays the former flying ace Maverick, whose life as a flight instructor is now much smoother than it used to be. Unexpectedly, however, he has to climb into the cockpit again. A particularly tricky job requires his skills. The sequel to the cult film "Top Gun" from the 1980s will be released in German cinemas on May 26th.

1 After criticism of Russia's attitude: Former... 2 Two lows let it rip: "Most dangerous thunderstorm... 3 First pitch storm, then attack: Fan has to go to jail... 4 Cooperation with universities: China uses German research... 5 Critics see FIFA as an obligation: The 420 million... 6 Do I need beard oil to care for my beard? 7 "Rude and "unprofessional": Strack-Zimmermann... 8 The climate parasites of the CSU?: "Preventing... 9 After the sinking of the "Moskva": London:... 10 Because of life insurance: US author murders husband... 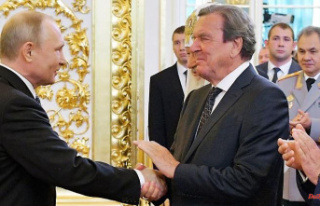 After criticism of Russia's attitude: Former...