Until the 2000s, Cameron Diaz was one of the hottest stars in Hollywood. 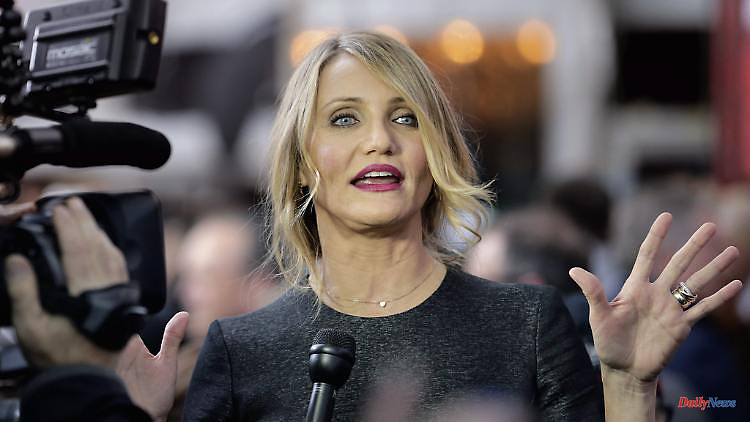 Until the 2000s, Cameron Diaz was one of the hottest stars in Hollywood. Then she withdrew from the public for many years. The 48-year-old now talks about the reasons for her break shortly before her comeback.

Cameron Diaz missed acting. At least some aspects of it, as she revealed on the TV show CBS Morning. In the interview, the actress also talks about why she retired from the film business for eight years. Diaz will soon be making a comeback in a Netflix film aptly titled Back in Action.

"I miss aspects of acting or filmmaking," Diaz says in the interview. "Making films is a special challenge." It's fun to be able to take part in it. The 48-year-old leaves open which parts of filmmaking she means exactly.

In the interview, she also explains why she stepped down eight years ago. "When you're doing something that you know and have done well, and you know how it works, and that's taken your whole life for so long, it's a beautiful thing to say, 'You know what? Don't just take a step back and see how the big picture looks to me," she says. "What are the things I could do better and engage with more to make myself feel more whole?"

What she's been busy with: She had a daughter in 2019 with her husband Benji Madden. And she launched her own brand of wine, Avaline. "Everyone only has 100 percent and you always have to think about how to divide it, to distribute it to all areas of life that are important," says Diaz of her changed priorities.

After around eight years without a film at all, she is giving acting some space in her life again. She is shooting alongside Jamie Foxx for Netflix. He was also one of her co-stars in her last film, 2014's Annie.

1 Who's the new girl?: Bradley Cooper is said to... 2 After the concert was canceled: concern for "Tiger"... 3 Show legend ends in 2023: Dieter Bohlen returns for... 4 Brave healthcare system: Queen awards NHS with George's... 5 Sexist Ballermann hit ?: Buschmann: "Layla"... 6 Study examines causes: Is the danger of Long Covid... 7 Nothing for eternity: Volvo XC90 Recharge - Luxury... 8 'We did what he said': Trump supporters... 9 Kick-off in Israel: Biden visits the "Middle... 10 Checking milk alternatives: how good are oat drink... 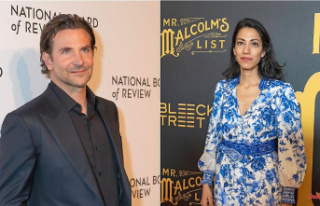 Who's the new girl?: Bradley Cooper is said to...