Africa is at the "cutting-edge" of global fashion

A new exhibition that opens at London's Victoria and Albert (V&A) Museum will highlight the African continent's place in the global fashion scene. 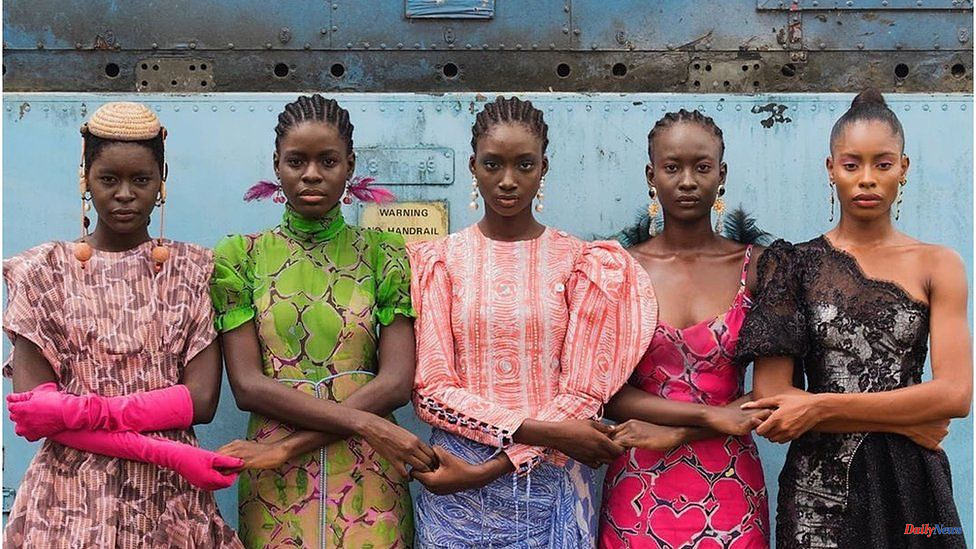 A new exhibition that opens at London's Victoria and Albert (V&A) Museum will highlight the African continent's place in the global fashion scene.

At the exhibition's entrance, Imane Ayissi, a Cameroon-born designer, presents a layer of shimmering silk that hits the visitor between his eyes.

This is fashion that doesn't conform to any box.

Christine Checinska, V&A curator, says it "introduces to the idea that African fashions transcend definition and that creatives have the ability and do choose their own path".

She was responsible for the museum's Africa and Diaspora textiles collection and fashion collection.

She believes the African fashion industry is on the "cutting edge" of global fashion and that the 250 exhibits are "a timely celebration of [its] vitality, innovation and excellence".

The visitor is guided through clothes, sketches, photographs, film, and catwalk footage as he or she explores the roots of the industry on the continent.

Shade Thomas-Fahm is seen here in Lagos in late 1960s. He has been called "Nigeria’s first fashion designer".

She was a champion for Nigerian textiles and tried to modernize traditional attire with clothes with a familiar look, but with innovations that made them more wearable, according to the V&A's exhibition notes.

Thomas-Fahm's take on traditional Yoruba wrappers, buba tops and gele headscarves is this one. It is made in aso-oke (a hand-woven fabric).

Dr Checinska explains that the mid-20th century was a period of great creativity in fashion, music, and the arts with independence movements in full swing.

This allowed for "unbounded creativity" and "freedom of the spirit".

This 1988 dress is made from cotton and brass and references Congolese kuba fabric.

Sidahmed Alphadi Seidnaly was born in Mali in 1957. He grew up in Niger, and is often called the "Magician in the Desert".

Chris Seydou, a Malian designer who hails from West Africa, worked in Paris for Paco Rabanne and Yves Saint Laurent in the 1970s.

Dr Checinska explains that he was "respected for his promotion of African textiles such as bogolanfini (mud cloth), on the global stage".

As you can see, he took the cloth and created something far from the traditional.

After making a name for his self in Europe, he returned to Ghana in 1990 to start his own design business.

It also brings up the "new generation of ground-breaking designer", as Dr Checinska describes it.

It's based on a strip weaving technique that uses off-cuts from other garment production.

The piece below, called The Trench, was created by Artsi Ifrach, a Moroccan designer.

He says, "The joy of living and the joys of colour are completely different and very specific to the continent."

It's called Aso Lanki Ki Ato Ki Eniyan. This means "We Greet Dress before We Greet its Wearer" in Yoruba. He is trying to create an unbinary look that focuses on the future of fashion.

Gouled Ahmed, a Somali costume designer and artist, is based in Addis Ababa. He refuses to allow his creations to be framed according to gender.

The V&A states that his work "plays around with notions about identity and challenges the lack nuance in depictions of nonbinary black Muslims".

There is more subtle work, too, such as this Moshions creation from Rwandan fashion house Moshions. It refers to the traditional umwitero (a sash that drapes over the shoulder).

All the V&A designers are known for their ability to reference both tradition and modernity in their designs. This applies to both the textiles they use as well as their stylistic choices.

The exhibition shows the diversity of the African fashion industry. Dr Checinska hopes that London will have a new appreciation for the continent's contribution to fashion and will make perceptions shift.

Copyright is reserved for all photos.

1 R. Kelly: His history of accusations against him 2 Aberpergwm: Welsh government faces legal challenge... 3 Poundland increases PS1 items to win battle for shoppers 4 Stocks in the US suffer their worst half-year drop... 5 After groping allegation, Chris Pincher was suspended... 6 New Zealand and the UK expand work holiday visas 7 Last year, students received double the amount of... 8 LGBT Awards: Adele Roberts is named role model of... 9 What is the climate "doomism" and who is... 10 How Michael Gardner transformed Miami's nightlife 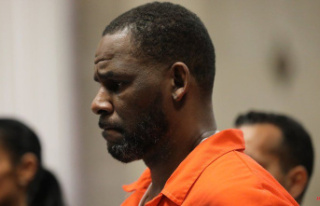