After a flash wedding in Las Vegas: That's what Bennifer's marriage certificate says

20 years later, Jennifer Lopez and Ben Affleck can look forward to their happy ending together. 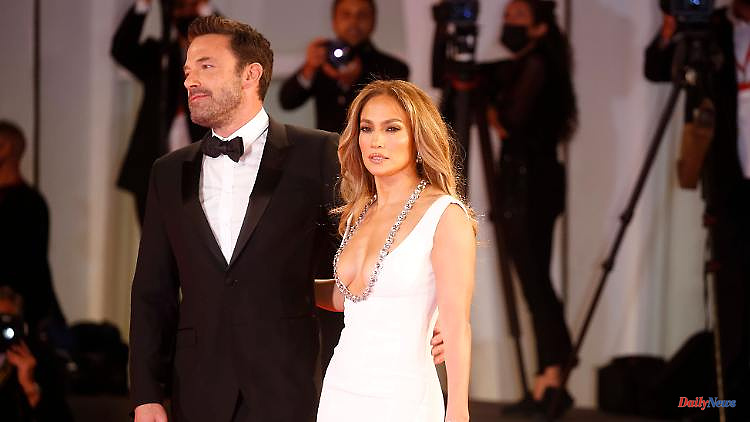 20 years later, Jennifer Lopez and Ben Affleck can look forward to their happy ending together. The two Hollywood stars have been married for around two weeks. Now her official marriage certificate from Las Vegas appears in the US media.

On July 17, 2022, Ben Affleck and Jennifer Lopez tied the knot at the famous Little White Wedding Chapel in Las Vegas. The US celebrity portal "TMZ" has now published the associated official marriage certificate of the Hollywood dream couple.

In addition to the place and date of the wedding, the civil, full names of the two and of the responsible pastor are of course also to be read. So Ryan Wolfe trusted Benjamin Geza Affleck and Jennifer Lopez. The document also states that J.Lo wants to use the name Jennifer Affleck from now on.

Jennifer Lopez announced the Vegas wedding just hours after the ceremony. After their wedding, the couple was spotted in Paris, where the two apparently spent a short honeymoon. Recently it was announced that Ben Affleck and Jennifer Lopez are planning a big wedding party. The festival is slated to take place at Affleck's property in Riceboro, Georgia, sometime in the next few weeks.

Pastor Wolfe had already revealed some details about the Hollywood dream couple's lightning wedding at the end of July. Accordingly, he did not notice until shortly before the wedding that they were Ben Affleck and Jennifer Lopez. "I didn't recognize her right away. Mainly because I didn't expect to see her," he said. It was only when he showed Affleck the way to the toilet, where he wanted to change, that it clicked.

Despite their Hollywood status, the couple said they wanted "just a normal wedding." Lopez walked down the aisle for the regular "Here Comes the Bride" procession, wearing a strapless dress by Lebanese designer Zuhair Murad and carrying a bridal bouquet. Affleck wore a white tuxedo with a pin. The two had prepared their own vows for the ceremony. "They had their own words and they were beautiful words for each other," revealed Wolfe about the "emotional moment" of the wedding. And further: "You can definitely see the love they have for each other."

The wedding in Las Vegas took place in a very small circle and was more or less spontaneous and unplanned. Only guests were apparently J.Lo's 14-year-old daughter Emme and Affleck's daughter Seraphina, who is one year younger. It is not known why the other offspring - Emme's twin brother Max and Affleck's children, 16-year-old Violet and six years younger Samuel - were not present.

Jennifer Lopez and Ben Affleck met while filming together in 2001. They became engaged in November 2002 but separated in 2004. Affleck married co-worker Jennifer Garner in 2005, with whom he has three children. The divorce followed in 2018. Finally, in 2004, Lopez married singer Marc Anthony, with whom she has twins. Their relationship broke up in 2014. Affleck and J.Lo have been a couple since last summer, and the two got engaged in April 2022. 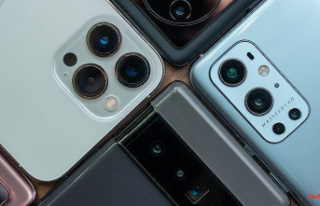 Warentest and DxOMark winners: These are the best...