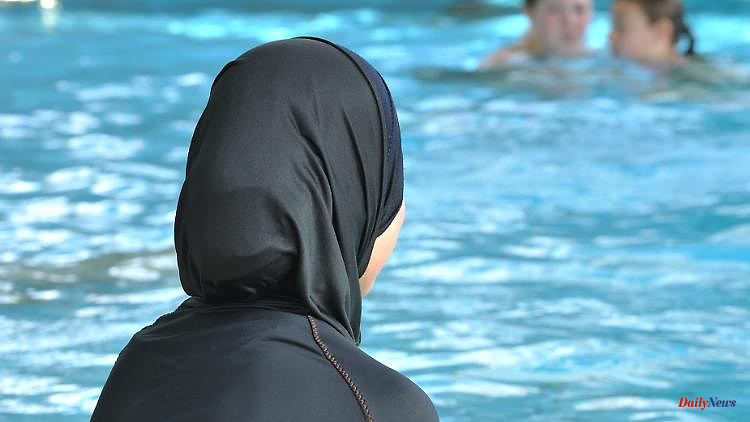 In Grenoble, topless bathing and wearing full-body swimsuits is now permitted. The French government does not like the latter. It's not the first French city to change dress codes at public swimming pools.

The French government wants to take action against the permission to wear a so-called burkini in public swimming pools. Interior Minister Gérald Darmanin announced legal action against a corresponding decision by the city of Grenoble. Grenoble City Council voted on Monday to largely lift dress codes for women in the city's swimming pools.

In the future, women will be allowed to bathe topless and in the full-body bathing suit, which is often worn by Muslim women. While the topless suggestion went largely unnoticed, the burkini in particular is stirring tempers. Critics see this as a violation of the principle of laicism, i.e. the strict separation between religion and state in France.

Burkinis are banned in public swimming pools in France, not for religious reasons, but formally for hygienic reasons. Bathers are also not legally obliged to hide their religion when bathing. Grenoble was also not the first city to locally abolish the burkini ban. In 2019, without much fanfare, the city of Rennes revised the clothing regulations for its public swimming pools accordingly.

However, Darmanin described the burkini permit in Grenoble as an "unacceptable provocation" that does not correspond to French values. The government will take legal action against it. Under a new law to combat "Islamist separatism" passed by Parliament last year, Paris can challenge decisions that undermine France's strict secular traditions.

The word burkini is a combination of bikini and burqa - the full-body veil for women demanded by some Islamists. The topic is discussed almost every summer in France. In 2016, several southern French cities banned the wearing of burkinis on their beaches. The ban was later judged to be discriminatory and overturned. 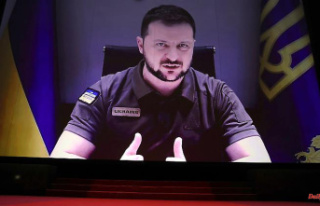