The German national ice hockey team impressed at the World Cup in Finland. 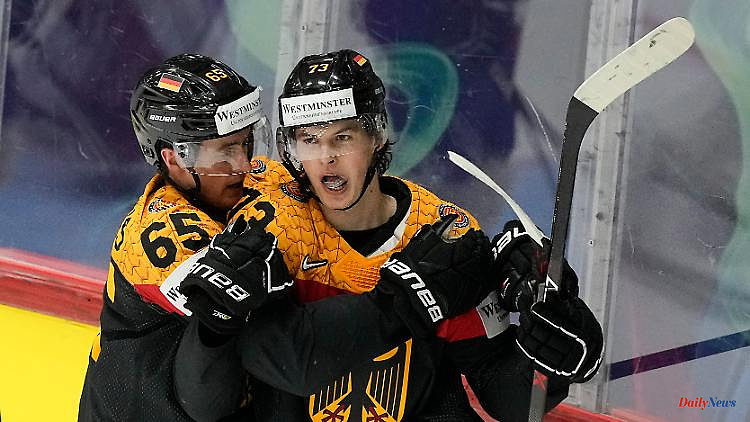 The German national ice hockey team impressed at the World Cup in Finland. The quarter-finals can no longer be taken from the selection after the fifth of seven preliminary round games. But that's not enough as a complete reparation for the Olympics.

The trembling until the end of the preliminary round against Switzerland is most likely. The German national ice hockey team can plan early for the quarter-finals at the World Championships in Finland. Three months after the bitter Olympic disappointment, the great pressure before the last two group games in Helsinki against Kazakhstan on Sunday (3.20 p.m.) and the strong Confederates on Tuesday (11.20 a.m. / both Sport1 and MagentaSport) is gone.

Thanks to the 9:4 against Italy on Friday, the selection of national coach Toni Söderholm could only be taken mathematically. The 0:3 of the French against Denmark then made the entry into the quarter-finals perfect. For the fifth time in the past six World Cup tournaments, Germany would be in the top eight. The claim is now higher - and has grown especially after just missing out on the 2021 World Cup medal. "We all know that we've gotten better and better in recent years, and that German ice hockey is getting bigger and bigger. Of course, our goal is to play for the medals," said defender Leon Gawanke, who traveled later.

What does an early quarter-final entry mean?

The severe setback from the Olympics has already been put into perspective, at least. In Beijing, after just missing out on a medal at the World Championships in Riga, Germany started with openly expressed hopes for gold. Then the team only managed a shaky mandatory victory against the actually uncompetitive hosts China and failed before the quarterfinals. In Helsinki, however, the supposedly lighter group also helped with the record of four wins in five preliminary round games. Record champion Russia was originally a German preliminary round competitor as a top nation, but was excluded due to the attack on Ukraine.

What else is possible now?

It doesn't seem impossible that Germany will reach the semi-finals like last year. In the two final preliminary round games, the team can improve its starting position in order to avoid the supposedly most difficult opponents. The other preliminary round group in Tampere is supposedly stronger with Finland, Sweden, the Czech Republic and the USA. One of these nations is likely to be the quarter-final opponent. In the event of elimination in the quarterfinals, the Olympic reparations would not have been completely successful. Söderholm's aim is also to play for medals.

Why is it going better than the Olympics?

For various reasons. The atmosphere in the team is better. The team spirit is reminiscent of the 2021 World Cup. When a shot is blocked, the bench celebrates. "Incredible," said NHL defender Moritz Seider the cohesion. "We grew super well together," said the 21-year-old from the Detroit Red Wings. Like the NHL goalie Philipp Grubauer from the Seattle Kraken, who was outstanding in the 2-1 win against Slovakia, Seider is another important factor. Grubauer and Seider bring quality and a strong confidence that Germany can beat anyone. No NHL professionals took part in the Olympic Games - in all nations.

What does the additional North America reinforcement bring?

The two descendants Lukas Reichel (20) and Leon Gawanke (22) have strengthened the team since the 9:4 win against Italy. Both play in the second-rate North American professional league AHL. After their playoff exit with their teams last Sunday, both were ready to get on the plane at short notice. And both showed their strengths straight away: Gawanke with precise build-up passes that accelerate the game. Reichel with creativity on the offensive. From Söderholm's point of view, the former Berliner is a "trump card" and also extremely important because further World Cup appearances by NHL striker Tim Stützle are questionable. The Ottawa Senators attacker has been injured since the 3-2 win against France on Monday night. 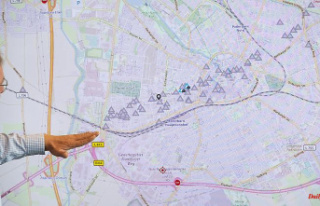