Things are not going well for the former Formula 1 world champion Sebastian Vettel: he injured his leg on a private motorcycle tour and, despite technical improvements, he does not expect any major developments in his Aston Martin before the GP in Spain. 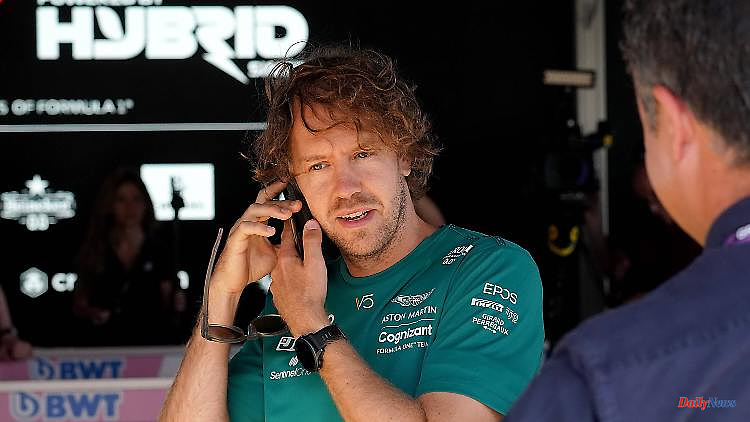 Things are not going well for the former Formula 1 world champion Sebastian Vettel: he injured his leg on a private motorcycle tour and, despite technical improvements, he does not expect any major developments in his Aston Martin before the GP in Spain. But then Vettel can cheer for once.

Eintracht supporter Sebastian Vettel has highlighted the importance of Frankfurt's Europa League triumph. "It felt like winning the lottery. It's great for the club. As fans we will always remember it," said the four-time Formula 1 world champion from Heppenheim in Barcelona. "I saw it on TV. When there was a penalty shootout it was very exciting and I was very nervous." On Wednesday, Frankfurt won 5-4 on penalties in the final against Glasgow Rangers.

"It was deserved and is an incredible credit to the club," said Vettel. The 34-year-old Hesse would have liked to have been in the stadium himself in Seville, but that wasn't possible for him. Vettel drives in the Spanish Grand Prix in Barcelona on Sunday. "I've been to the stadium many times," said Vettel at a press conference about his connection to Eintracht and also observed the title party in Frankfurt from afar: "It was all very special."

Meanwhile, things are not going so well for Vettel in Formula 1, he doesn't expect any quick jumps to the front from the technical improvements to his Aston Martin. "I don't have high expectations," said Vettel before the Spanish Grand Prix. In the race on Sunday (3 p.m. / Sky and in the live ticker on ntv.de) north of Barcelona, ​​Vettel will take to the track with some upgrades to his company car. "We are convinced of our path and the concept," said Vettel. However, one cannot expect that he will suddenly be able to compete for podium places again. But his car looks very different, said Vettel: "The factory worked hard to get the parts for both cars."

Both Vettel and teammate Lance Stroll will compete in Catalonia with new parts on their cars. That was questionable until the very end, as some problems had arisen due to delivery bottlenecks. Before the sixth round of the season, Aston Martin is far behind its own goals. Vettel only managed to score points once in eighth place at Imola. The Hessian had missed the first two Grand Prix due to a corona infection. Most recently in Miami, an accident with compatriot Mick Schumacher prevented possible further points.

"We talked about it," said Haas driver Schumacher. The crash also cost the 23-year-old points. "We came to the conclusion that we both could have done something better. That was an unfortunate situation," said Schumacher, who now wants to get something countable in his career in Spain for the first time: "Hopefully it will be better this weekend. The car is like that lots of potential." Vettel should have it much more difficult. He also suffered a minor injury during a private trip last week. "I burned myself on the bike. It's not bad, but it's better to cover it up," said the ex-champion, who wore a bandage on his leg at the official press conference. 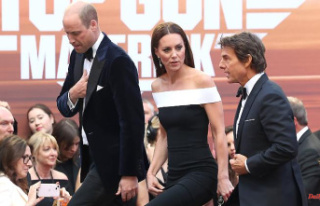