The city of Sievjerodonetsk has been under Russian fire for days. 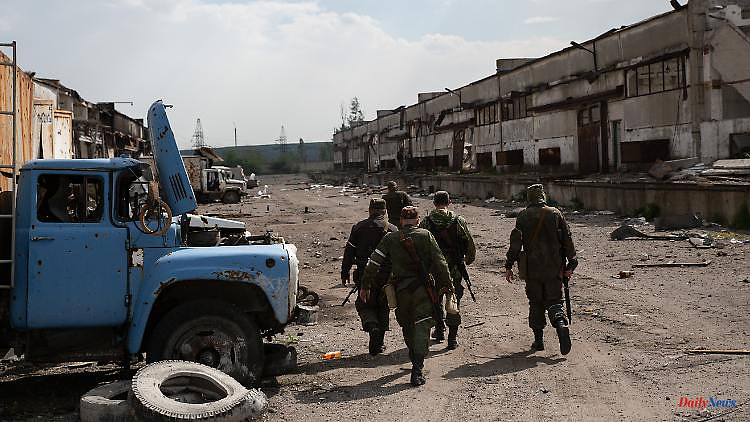 The city of Sievjerodonetsk has been under Russian fire for days. According to the Ukrainian military, Russia is about control of the Luhansk and Donetsk regions and a land corridor to Crimea. New attacks are also being reported on Kharkiv.

After the complete capture of the port city of Mariupol, the Russian troops are apparently trying to conquer the last Ukrainian positions in the region. "The enemy does not stop conducting offensive operations in the eastern combat zone," wrote the Ukrainian General Staff on Facebook. The aim of the attackers was "to gain total control of the Donetsk and Luhansk regions and to have a land corridor to the occupied Crimea". From the Russian point of view, the capture of Mariupol is considered an important partial success.

"Attacks in the Donbass continue," said Ukrainian President Volodymyr Zelenskyy in his video message that evening. Several cities have already been "completely destroyed" like Mariupol. "Now they are trying to do the same with Severodonetsk and many other cities," said the head of state late Friday evening. In the Luhansk region, only the cities of Severodonetsk and Lysychansk, separated by a river, are now controlled by Ukraine.

The Ukrainian military governor of the Luhansk region, Serhiy Hajday, reported massive fighting in the Donbass. For example, Severodonetsk has been under fire for days, there are dead and injured. "The Russians are wiping out both Severodonetsk and Mariupol. Fighting is going on in the city's suburbs," Hajday said on the Telegram news channel. Nevertheless, he was optimistic: our troops are getting foreign weapons, rearming, moving into new positions - and I believe that we can counterattack in June," he said.

The governor complained of aerial bombardments in the region, and that Russia wanted to reduce the area to rubble. At the same time, he dismissed statements by Russia's Defense Minister Sergei Shoigu that the Luhansk region was about to be completely taken over as "nonsense". Shoigu no longer has an overview of the situation of his own armed forces.

Russia had recognized the pro-Russian separatist regions of Luhansk and Donetsk in the Donbass as independent shortly before the attack on the neighboring country began on February 24. Parts of the regions have been under the control of pro-Russian forces since 2014.

The Russian Defense Ministry said on Friday that the last Ukrainian militants at the Azov steel plant in Mariupol had surrendered - more than 2,000 in total. This means that the city is completely under Russian control, it said. The Ukrainian General Staff in Kyiv said the enemy had started demining the area around the port to make it operational again.

Ukrainian authorities also reported fresh Russian attacks in the eastern Ukrainian city of Kharkiv. In the Kiev district of the megacity, the market was shot at on Friday evening. Several merchant pavilions burned down. The published photos of the heavy destruction were initially not verifiable. 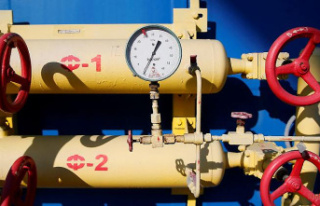