An 18-year-old gunman killed ten people in the US city of Buffalo - all victims are African Americans. 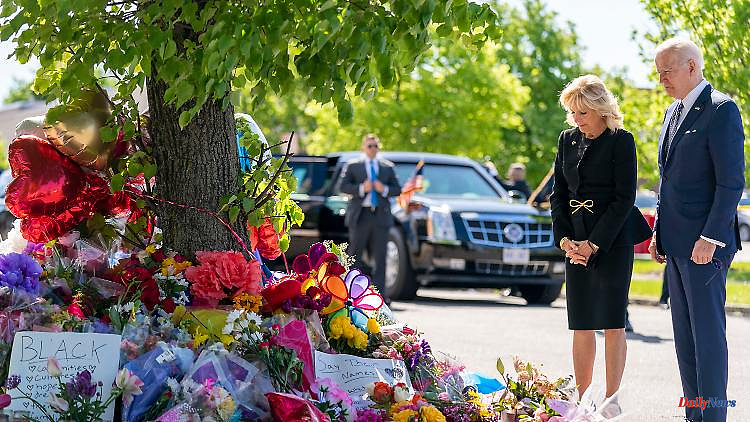 An 18-year-old gunman killed ten people in the US city of Buffalo - all victims are African Americans. Before that, he published a manifesto in which he referred to a racist conspiracy theory. US President Biden describes this as a "perverse ideology" during his visit to the scene of the crime.

US President Joe Biden described racism in the country as "poison" after the gun attack apparently aimed at blacks in the city of Buffalo that killed ten people. "White supremacy" - the theory of alleged white superiority - is "a poison that flows through our community," said Biden during a visit to Buffalo, New York state. Racism was allowed to spread "before our eyes".

Biden described Saturday's attack, in which an 18-year-old white man opened fire on African Americans in and outside a supermarket, as a case of "domestic terrorism". The President also condemned the right-wing conspiracy theory of the "Great Replacement" ("Great Replacement"), according to which whites in Europe and the USA are to be made into a minority by the influx of non-whites. Biden spoke of a "perverse ideology" and "lies". "I call on all Americans to reject this lie. And I condemn those who spread this lie for power, political gain and profit."

The Buffalo attacker had published a kind of manifesto on the Internet in which he also referred to the "Great Exchange". The conspiracy theory has been spreading in the US from the far right. Individual elements are also taken up by politicians from the Republican Party of ex-President Donald Trump and personalities such as the well-known TV presenter Tucker Carlson from the conservative news channel Fox News.

The attack in Buffalo on Saturday had caused horror in the United States. Biden and his wife Jill now visited the city, which is close to the world-famous Niagara Falls. They laid flowers near the supermarket that was attacked and met relatives of the victims and emergency services. The attacker had killed ten people and injured three others in his attack with an assault rifle. Almost all of the victims were black. The 18-year-old was arrested by police after the attack. 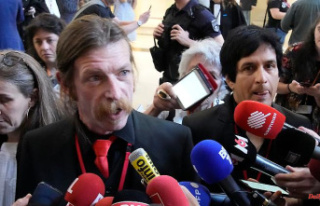 "Know the sound of guns": US metal singer...