After the mud fight in court: does Amber Heard still love Johnny Depp?

At the beginning of June, the media-effective trial of Amber Heard and Johnny Depp came to an end - in his favour. 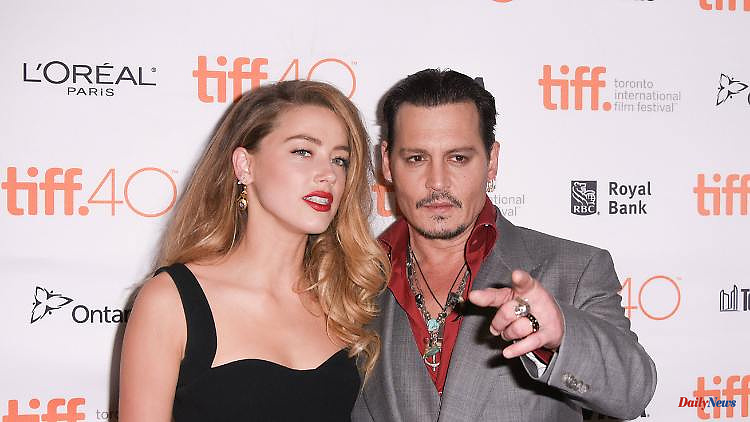 At the beginning of June, the media-effective trial of Amber Heard and Johnny Depp came to an end - in his favour. Despite all the events, the 36-year-old still loves her ex. At least that's what she claims in an interview. In general, she strikes conciliatory tones.

Johnny Depp and Amber Heard have accused each other of domestic violence. In a defamation lawsuit by the "Pirates of the Caribbean" star against his ex-wife, a picture of an extremely toxic relationship emerged. In the second part of her first major TV interview after the verdict, the actress now talks, among other things, about the fact that she still loves Depp – even after everything that happened.

"I love him. I loved him with all my heart," Heard told Savannah Guthrie on Today. She did her best to make the "deeply broken relationship" between the two work. But she didn't make it. She has no bad feelings or resentments towards him. According to Heard, if someone has ever been in love, it should be easy to understand.

"Of course" she is now nervous about what she can say after the verdict. When asked if Heard thinks Depp might sue him again in the future, she says she's scared. No matter what she does, what she says, or how she says it, she believes that every step she takes could present a new opportunity to silence her. She thinks that the aim of a defamation lawsuit is to steal someone's voice.

The actress had previously claimed on Instagram, among other things, that the verdict against her would turn back time to a point where women who campaigned for something "could be publicly exposed and humiliated". She sees this as a "setback" for all women.

Heard and Depp married in 2015, separated a little later and finally divorced in 2017. A jury in the United States had mostly found the actor, who had sued his ex-wife for an article in the Washington Post, right in a June 1 defamation trial. The actress claimed in the article to be a victim of domestic violence. She didn't mention Depp by name, but the jury found she was clearly guilty of defamation.

The post "wasn't about my relationship with Johnny," Heard explains. It was allegedly important to her that it would not be about Depp. A whole team of lawyers even checked drafts of the opinion commentary before it was published. She also did not intend that Johnny Depp might be canceled.

Amber Heard says she can now focus "full-time" on being a mom. You no longer have to devote yourself to countless telephone calls with lawyers. In July 2021, the actress had revealed that their one-year-old daughter, Oonagh Paige, was born on April 8th. If one day she talks to her about anything, it will definitely be meaningful. "I did the right thing," Heard is certain. "I did everything I could to stand up for myself and the truth."

Heard was fined $15 million by the Virginia jury. Because of the laws in force there, she only has to transfer 10.35 million. The 36-year-old had filed a $100 million counterclaim and Depp was fined $2 million. After the verdict, the lawyer Heards also stated on "Today" that her client "definitely could not" pay the amount and wanted to appeal.

The first half of the interview had already been published the day before. On Friday, the entire conversation will be broadcast again in a special on "Dateline". 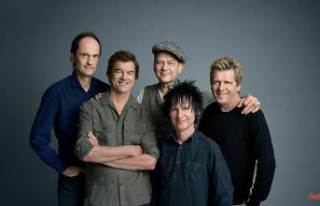 Breiti on 40 years of Toten Hosen: "Our success...