In the war of aggression against Ukraine, Russia has repeatedly suffered severe setbacks - such as the sinking of the "Moskva", the flagship of the Black Sea Fleet. 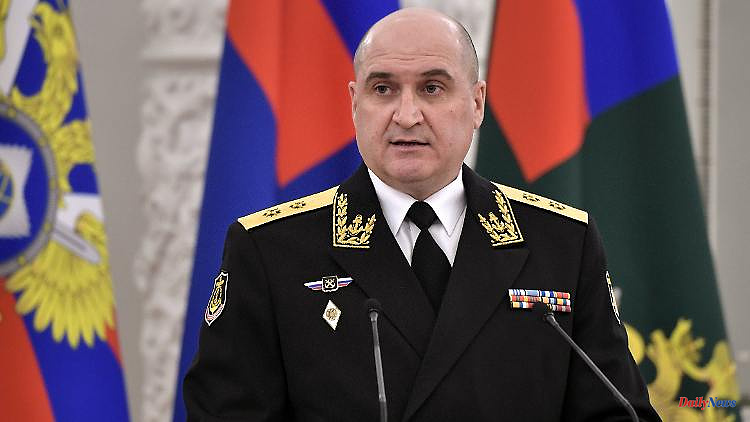 In the war of aggression against Ukraine, Russia has repeatedly suffered severe setbacks - such as the sinking of the "Moskva", the flagship of the Black Sea Fleet. Their commander must now vacate his post, according to London sources. Another commander must also go.

The commander of the Russian Black Sea Fleet, Igor Ossipov, has been relieved of his post, according to information from the British secret services. This was announced by the British Ministry of Defense on Twitter. The Black Sea Fleet lost its flagship "Moskva" in mid-April - according to the Ukrainian account, after two rockets were fired at it.

In addition, according to British information, the Russian Lieutenant General Sergei Kissel was replaced after unsuccessful attacks in the Kharkiv region. There was no confirmation of this from the Russian side. The Ukrainian secret service recently reported on the alleged dismissal of the two high-ranking military officers. It was also noticed that Ossipov was absent from the May 9 military parade marking the 77th anniversary of the end of World War II in Sevastopol on the annexed Black Sea peninsula of Crimea.

British intelligence estimates that many Russian military officials are increasingly preoccupied with denying responsibility for setbacks. "This will likely further increase the pressure on the centralized Russian command structures," the statement said.

Most recently, Russia's leadership had admitted difficulties and mistakes in its war of aggression against Ukraine, but announced that the fighting would continue. "Despite all the difficulties, the military special operation will continue to the end," said Deputy Secretary of the National Security Council Rashid Nurgaliyev on Wednesday. Despite the arms deliveries from the West to Ukraine, the operation is continuing. All "tasks - including demilitarization and denazification as well as the protection of the Donetsk and Luhansk People's Republics - will be fully implemented," said the former interior minister. The head of the Russian republic of Chechnya in the North Caucasus, Ramzan Kadyrov, even spoke of "mistakes" at the start of the February 24 war against Ukraine. 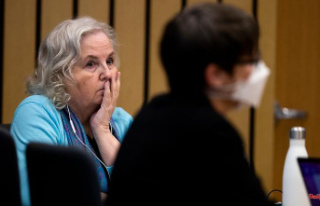 Because of life insurance: US author murders husband...