The Nanterre prosecutor's Office opened an investigation on Tuesday, July 5, after two men filed a complaint against Andre Santini (Hauts-de-Seine) for sexual assault, sexual and moral harassment. AFP was informed by a source who is familiar with the matter and confirmed by the prosecution.

Two town hall employees filed the complaints on Friday, July 1, by a former chief-of-staff of Andre Santini, and a former bailiff. They accuse the 81 year-old elected official with facts dating back to May.

The investigation was entrusted the brigade to the repression delinquency of the person (BRDP), which specified the prosecution as requested by AFP. However, it did not "qualify" the facts at this stage.

According to Me Marc Bellanger his lawyer, Andre Santini denies the facts. He also stated that he was not aware of all the details of the charges. He was not available for comment when AFP reached him on Tuesday.

"The speed at which the investigation was opened is proportional to the severity of the facts denounced, but also the intensity of evidence. The courage displayed by the complainants can be measured by everyone, said Me Christelle Mazza, the lawyer representing the complainants.

According to the complaint, the first complainant, a former bailiff claims that he was the victim of "touching" over several years. His ex-chief of staff, the second complainant, claims that he "threw" him in an elevator and tried to "kiss" his hand.

Me Bellanger said that although he has known Andre Santini for 17 years, he has never been subject to any complaints regarding his behavior." Me Bellanger spoke out to AFP Friday.

"I believe this is a retaliation campaign by these agents against mayor, with whom there's a dispute. He said that they are unhappy with their administrative situation and had filed a complaint.

According to "Le Monde", both complainants were fired by the mayor in May for breaking the trust necessary for their collaboration. 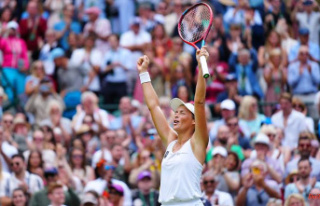