All devices get along: Matter is supposed to revolutionize Smart Home

"Hey Google, turn on the Amazon outlet!" The new Standard Matter should finally help the networked household to achieve a breakthrough. 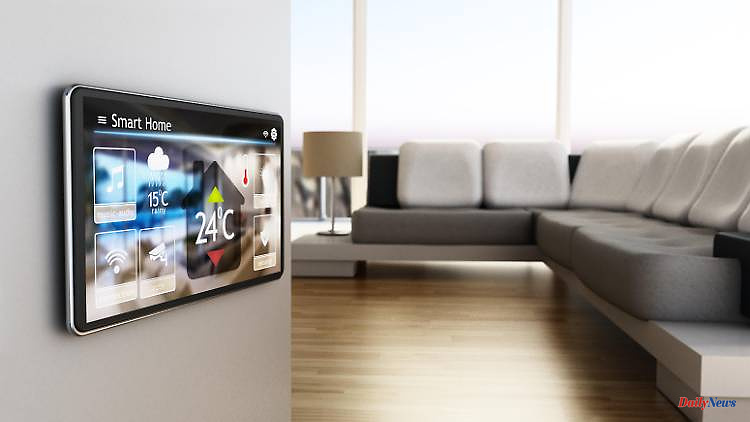 "Hey Google, turn on the Amazon outlet!" The new Standard Matter should finally help the networked household to achieve a breakthrough. The technology enables devices from different manufacturers to work together in an uncomplicated manner. Even Apple is playing along and Fritz boxes should also be compatible.

Smart home use is slowly but steadily increasing in Germany. According to the Bitkom industry association, 43 percent of all Germans now have at least one such device in their households. In 2020 it was 37 percent, in 2018 it was 26 percent. One reason why things aren't progressing faster is that devices from different manufacturers are often not compatible with one another since different technologies are used. But that is set to change soon, because the new overarching Standard Matter is ready to go.

Matter itself is not a new smart home system. This has probably contributed to the fact that practically all major manufacturers are involved under the umbrella of the Connectivity Standards Alliance (CSA). They include Amazon, Google, Apple LG and Samsung, among others. Ikea is also taking part in the project and, according to "Heise Online", Fritzbox manufacturer AVM also recently announced Matter after some hesitation.

Instead of replacing manufacturers' ecosystems, Matter enables their devices to talk to each other. In principle, this means that they can be controlled via any platform or its app. In the future, it will be possible for users, for example, to give a Google speaker the command to switch on an Amazon socket - previously unthinkable. Devices can be easily integrated into a Matter network using codes that can be scanned with a smartphone or tablet.

You don't have to decide on an ecosystem to take command. With Matter, devices can be integrated into multiple smart home systems at the same time. For example, one household member can control a smart roller blind via Apple's Homekit app, while other roommates do it via voice commands to the digital assistants from Google and Amazon.

Theoretically, no apps from device manufacturers are required under Matter, the control centers could also take over their tasks. According to the independent information website matter-smarthome.de, this will only be the case for inexpensive products that are limited to basic functions.

Manufacturers of high-quality devices will offer extras in their own applications in order to set themselves apart from the competition. Nevertheless, there shouldn't be any outliers with Matter like with Zigbee or Z-Wave, where, among other things, due to small peculiarities, not all devices work with all control centers despite a common wireless standard.

Matter could also solve other problems that are slowing down connected homes. According to Bitkom, 47 percent of people who do not yet use smart home devices fear that their private data will be misused, 29 percent worry about their privacy.

This is because many providers use a cloud for control, i.e. they process requests and data on their servers. Matter, on the other hand, does not require an internet connection. Integrated devices communicate exclusively in local networks via control centers, WLAN and the Thread radio standard, which is already used by many smart home manufacturers. In order to be able to set up a Matter device, Bluetooth Low Energy (LE) can be used for the initial contact of a device with a smartphone or tablet.

However, the use of Matter does not mean that Amazon Alexa or Google Assistant will also work offline. Users who want a connected home without a cloud will have to do without the digital assistants. An additional benefit of the offline system is that it works even if the internet or a provider goes down.

It is not only important for hesitant users that Matter also increases security in the networked home. According to matter-smarthome.de, Matter devices have, among other things, unique certificates from verified certification bodies that prevent counterfeiting. The devices have a password that checks the control centers and creates another certificate. In addition, communication in the local network is encrypted and devices only have permissions in the network that correspond to their tasks.

Finally, certificates and other information about all Matter devices are kept in a database that is synchronized across numerous servers on a cryptographically logged network. The principle is known as blockchain.

Matter is promising on paper, but whether it will catch on and work as smoothly and easily as advertised remains to be seen. At the International Consumer Electronics Fair (IFA) in Berlin, the German manufacturer Eve Systems showed a practical example for the first time and Matter is scheduled to officially launch this fall. Most manufacturers will probably only get started in the coming year.

Smart home users do not necessarily have to buy new equipment for Matter. Some manufacturers also want to update current devices for the standard. These include newer Fritz boxes, lights and sockets from Eve Systems and Philips Hue, as well as speakers from Amazon and Google.

1 Weeping mothers, conquered tanks: the powerful images... 2 Request to remove Putin: "We are showing that... 3 After Schlesinger's dismissal: Kai Gniffke will... 4 Eleven-Day Britain Tour: How The Queen's Body... 5 Integrated in iOS 16: FIDO 2 eliminates the need for... 6 A celebration of the small details, NBA 2K23 is more... 7 Good devices from 650 euros: These are the best notebooks... 8 Beware of phishing: Attempts to defraud with an energy... 9 Act on price increases: When the gas price goes through... 10 Consumers have voted: Germany's best online shops... 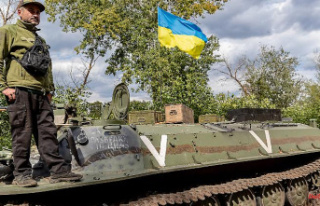