At the beginning of the summer travel season, there is chaos at Germany's airports. 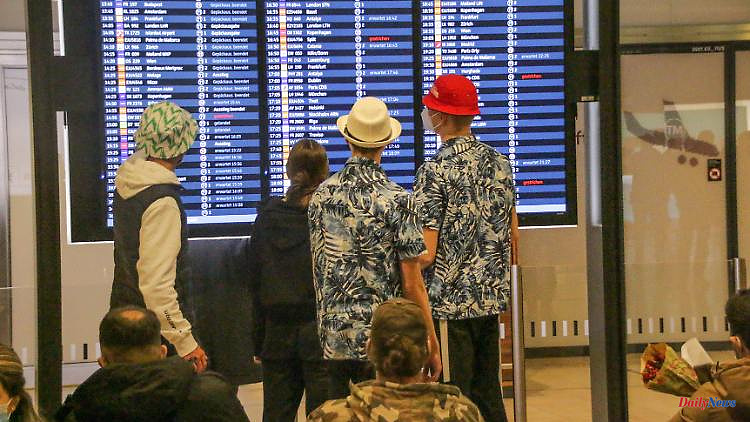 At the beginning of the summer travel season, there is chaos at Germany's airports. Flight cancellations, delays and rebookings not only annoy the holidaymakers concerned, but also organizers and travel agencies. They blame the airlines for the problems.

The German tour operators are angry because of the foreseeable chaos in air traffic. Flight cancellations, delays and rebookings are due to negligent mismanagement, several high-ranking industry representatives told the business magazine "Capital". You are faced with a situation "that we have never seen before," says Dirk Inger, general manager of the German Travel Association (DRV). Airlines and airports complain about understaffing and have announced that they will cancel thousands of flights in the summer. On the other hand, Ralph Schiller, head of the third largest German tour operator FTI, insists that the "flights made available for sale are also served and processed". In addition, the airport operators and airlines should "do everything possible to solve the problems for arrivals and departures as quickly as possible".

The situation that the industry is heading towards in the summer could hardly be more precarious: after the Corona break, millions of Germans were looking forward to their first major vacation trip, and bookings increased significantly. Tour operators and airlines were confident that in 2022 at least 70 percent of the flight passengers of the pre-Corona year 2019 would be transported again - at that time there were 250 million passengers. In order to open up new business, industry leader Lufthansa of all things even announced that it would expand tourist flights - especially since business travel is not recovering so quickly.

But now there is a lack of personnel on the ground and in the air. Airlines such as Lufthansa, Eurowings and Easyjet have therefore canceled thousands of flights for the coming weeks at short notice. "But it is not yet clear which routes will be specifically affected," complains DRV man Inger. Tour operators and travel agencies were once again "under pressure".

They are puzzling, just like their customers: If domestic German routes such as those from Hamburg to Frankfurt are canceled, this is usually less important for holidaymakers. If the connection from Munich to Mallorca is cancelled, this cannot be replaced by a train journey. "Any flight cancellation causes stress and more work on all sides - for the travelers, but also for the tour operators and travel agencies. That's not a good sign for the summer," says Inger.

Negotiations between tour operators and airlines are in full swing behind the scenes: Which connections will remain in place, which customers will be rebooked on which planes and who will be responsible for the additional costs and compensation? Inger demands that this be discussed openly.

Ingo Burmester, Central Europe boss of the second largest German tour operator DER Touristik, assumes that his customers will be less affected by the announced flight cancellations. "We fly more than 80 percent of our guests with charter airlines such as Condor, whose machines are used more than 90 percent on average and therefore cannot be taken out of the flight plan." This is much more an issue for scheduled flights, where some less well-utilized flights are now being combined to meet the critical need for staff, but also to reduce costs.

According to Burmester, the shortage of staff at the airport will stabilize over the course of the summer season, as more and more staff are gradually being retrained. He will ensure that his own customers are better guided through the airports on arrival and departure. "We have massively increased our internal and external service staff and trained them for telephone consultations," says Burmester.

Market leader TUI will also provide two reserve aircraft during peak travel times. "We are not canceling any flights. We have our 22 aircraft in full use and we are also protecting ourselves by providing two reserve aircraft in addition to the planned replacement aircraft during the peak travel period. We use them to help our customers get to their destination in the event of chaos and delays to bring," said TUI manager Stefan Baumert.

TUI flies around half of its customers in Germany with its own airline, TUI fly. In addition, seats are also booked with other providers such as Eurowings, Lufthansa and Easyjet. Experts estimate that less than 1,000 of the more than 500,000 TUI guests will be affected in June.

This article first appeared on Capital.de.

1 Holocake 2 vs Apple Glasses?: Meta reveals super slim... 2 Summer vacation is just around the corner: These nine... 3 Summer in Europe: Which corona rules apply in the... 4 Cleaning with goods test: five toothpastes are "very... 5 100 euros in July: when is the child bonus on the... 6 32 times Classic-Zisch in the test: The best mineral... 7 Short of cash: Should you lend money to the family? 8 Avoiding neighborhood disputes: Where and when can... 9 Rate at risk?: In the event of payment problems, inform... 10 Summer holiday season begins: There is a risk of traffic... 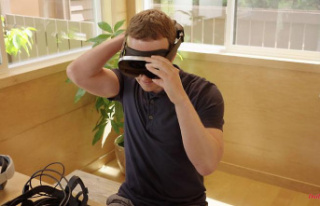