Alpinism: climate change on Mont Blanc: rockfall with boulders "as big as refrigerators"

Gray and bare, the furrows run through the Tacul Glacier, in large areas yellowish Sahara dust covers the terrain in the high mountains. 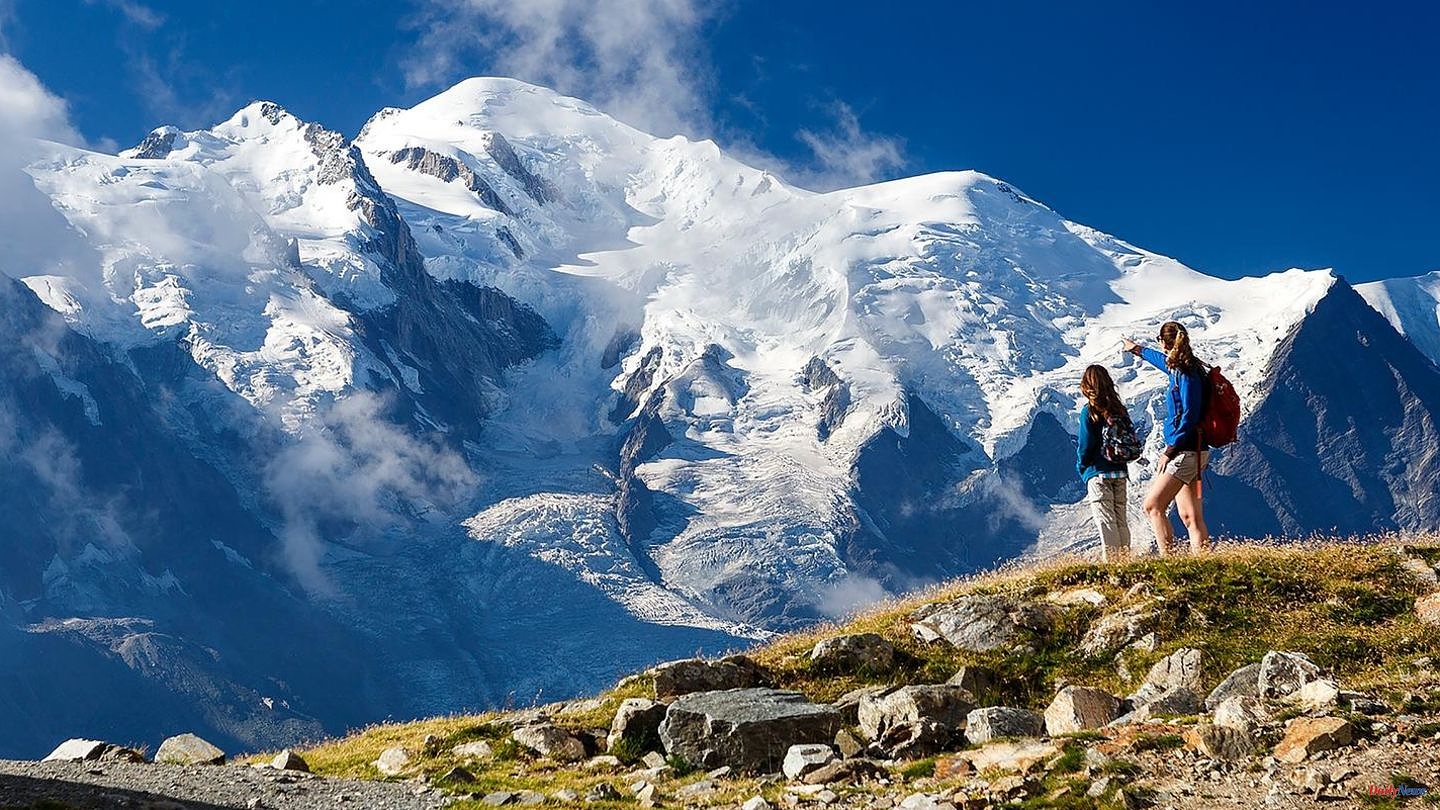 Gray and bare, the furrows run through the Tacul Glacier, in large areas yellowish Sahara dust covers the terrain in the high mountains. In some places, snow can only be seen in the distance. Further down, the glacier in the Mont Blanc massif merges into the largest French glacier, which is called Mer de Glace, in English "sea of ​​ice". In summer, this fascinating mountain world usually attracts hundreds of mountaineers.

But lack of snow, soft firn and the ever warmer temperatures this year mean that the conditions for tours to the summit of Mont Blanc are so difficult that, despite officially still open routes, only a few can dare the ascent - to the chagrin of many hobby mountain hikers. Rock falls, snow slabs and collapsing séracs - towers of glacial ice - deter even seasoned Mont Blanc enthusiasts. The Peutereygrat, which is popular with climbers, has been considered extremely dangerous for years due to falling rocks.

At present, only "about a dozen or twenty people a day, more specialists", would reach the summit of Mont Blanc at 4807 meters, estimates Olivier Grébert, president of the Chamonix Mountain Guides Association. Usually there are 100 to 120 people.

The mountain guide associations of the towns of Chamonix and Saint-Gervais at the foot of Mont Blanc announced in mid-July that they were abandoning the ascent via the "normal" route from Le Goûter due to falling rocks. Access remains open to independent mountain guides.

Noé Vérité, warden of the Cosmiques hut, speaks of stones falling "as big as refrigerators" on the normal route. Other routes such as the "Innominata" ridge are still used, but are reserved for a minority due to their level of difficulty.

The Cosmiques refuge is on the Trois Monts route. But even this is not immune to rising temperatures: recently, in the middle of the night, he measured six degrees at his hut at 3,613 meters, reports Vérité of AFP on the phone. Because of the lack of frost that night, all those willing to climb would have had to turn back because of the dangers. The heat would destabilize the mountains.

"We see the conditions deteriorating day by day," says Vérité. For him, July is usually the peak of the season, but cancellations are piling up.

Down in the town of Chamonix, the season is still in full swing. Tourists flock to the cable car that takes them to the summit of the Aiguille du Midi at 3842 meters. But the impression changes when you see the small cave carved into the ice far above. The small grotto actually serves as a changing room and starting point for numerous mountain tours, such as to the Mont Blanc summit via the Trois Monts route. But at the end of August, few people buckle or unbuckle their crampons.

Among them is Scotsman Evan Warden and his 14-year-old son David, who came for a trip to the glacier below the Aiguille du Midi. They found "terrible" conditions: Everywhere on their way there was rockfall "and crevasses kept opening up," says the boy. They had actually hoped to climb Mont Blanc as well, but gave up the plan - "too risky".

The Norwegian couple Monica and Marten Antheum had waited a full three years for their tour to the summit. You must now continue to be patient for the ascent. "The mountain guide emailed us and canceled because of the weather," says Monica Antheum. She shows understanding: "I think the mountain guides know the area and the conditions. It's okay for us, we can catch up later."

Scotsman Evan Warden, who is wrapping his rope around his body, sees it in a similar way. "Maybe next year," he says. Mont Blanc "will be there tomorrow, it will be there next month and next year. It will not move."

- Around the easternmost 4000m peaks of the Alps: Hiking in the face of the Piz Bernina

- The other alpine book: You've never seen the mountains like this before

1 Precise "summer hit of the front": Germany... 2 Mediation after border riots: EU invites Serbia and... 3 Finance a 9-euro ticket: the Greens and the Left want... 4 "The beginning of something really big":... 5 Local farce about cow dung: Aiwanger paid for the... 6 Criticized as an environmental sinner: Taylor Swift... 7 Relapse after Paxlovid: Why Biden is corona positive... 8 Mecklenburg-Western Pomerania: Wild and cattle disease... 9 North Rhine-Westphalia: Cannabis plantation only accessible... 10 Saxony: City of Dresden: Ban on fireworks and public... 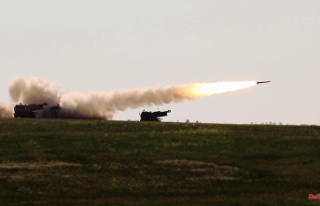