Twenty years ago, Kelly Clarkson was crowned the first winner of "American Idol" and from then on she wowed Hollywood. 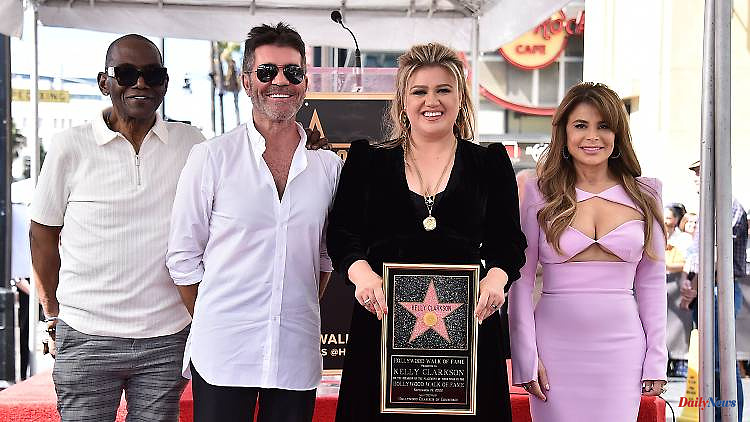 Twenty years ago, Kelly Clarkson was crowned the first winner of "American Idol" and from then on she wowed Hollywood. Now she returns to the famous Los Angeles boulevard to celebrate not only herself but also the team behind her successful career.

American pop singer Kelly Clarkson has been immortalized on Hollywood's "Walk of Fame". In a thunderstorm of flashbulbs, the 40-year-old fell to the ground on her newly unveiled star badge. The Grammy winner also posed beaming on the famous sidewalk in the heart of Hollywood with her children, eight-year-old daughter River Rose and six-year-old son Remington. There she was honored with the 2733rd star.

"I think it's important not just to have people around you who say yes, but people who really love you and care and give honest advice. I've always welcomed that and I think so , that's why I'm here today," Clarkson said. 20 years ago, the then unknown singer became famous as the winner of the first season of the US talent show "American Idol". Throughout her career, she has released hits like "Stronger," "Since U Been Gone," and "Miss Independent."

As guest speakers, singer Paula Abdul and music producers Simon Cowell and Jason Halbert recognized the talent of the native Texan. In addition, she is one of the nicest and most reliable people he knows, said Cowell. The Brit was on the American Idol jury alongside Abdul, who was 20 years old, when Clarkson celebrated her first success on stage. Producer Halbert said, "Her voice was a gift she was born with and I don't think anyone in the world surpasses it. But it's her authenticity and heart that has shaped the soul of America and conquered the world."

The singer has released nine studio albums to date. From 2018 to the end of 2021, as a coach on the talent show "The Voice USA", she was looking for young talent herself. Since 2019 she has also hosted her own show on NBC called "The Kelly Clarkson Show".

1 The 25,000 euro question: red alert in the German... 2 The first tours are cancelled: Garbage disposal suffers... 3 For passengers and grain: Ukrainian railway is looking... 4 End of the slapstick theater: Leipzig gives Eberl... 5 North Rhine-Westphalia: ATM blown up: thousands of... 6 North Rhine-Westphalia: After a cool Tuesday, it will... 7 Saxony-Anhalt: 54-year-old dies after a table fireplace... 8 Hessen: Individual showers, fog and ground frost in... 9 North Rhine-Westphalia: Corona incidence in NRW still... 10 Bavaria: "Not funny": Police are investigating... 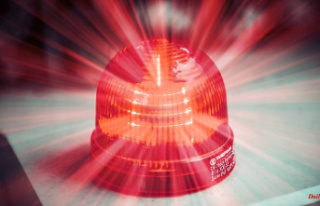