As the rumours grow, so does the debate about his health.

As the rumours grow, so does the debate about his health. The classified Washington report at the May end shows that Vladimir Putin had been treated in April for advanced stage cancer. This was according to American magazine Newsweek. The weekly cites three senior intelligence officers from the United States who read the report, one from the Defense Intelligence Agency and one from the Office of the Director for National Intelligence (DNI), under the condition that they remain anonymous.

A DIA official confirmed that Vladimir Putin is "definitely ill", but it was "purely speculation". He maintains that the Russian president's health is good news for the world in certain respects, not just because it affects Russia's future or the end to the war in Ukraine but also to lessen the risk of nuclear war. However, if he proves that intelligence information is reliable, it may be rendered useless and preserve the status quo.

The report, which was signed by three top US officials, also confirmed that the Russian president was assassinated in March. According to the CIA and other intelligence agencies, there have been consistent reports of discord at top levels of national security ministries as well as the desire of Russian diplomats to defect west. This increased Vladimir Putin's paranoia, isolation, and made it difficult for US intelligence agencies to accurately assess his health. One source says that "everyone feels the end is near" in the Kremlin.

The rare information gathered during Vladimir Putin's meetings by Western intelligence is shared with the West. Particularly the February meeting of Emmanuel Macron around the (very long) table that "symbolized both his paranoia as well as his physical fear." "There wasn't a handshake or warm embrace and we noticed it," said the DNI chief, who confirmed that the French intelligence services had made many observations about the meeting as well as the trip to Moscow.

The US National Security Council (NSC), after the article was published, sent a statement that they attributed to Adrienne Watson, their spokeswoman. "Reports that such assessments were made by the intelligence community or that they had been given to the president are false. Russian Foreign Minister Sergei Lavrov dismissed any notion of Vladimir Putin's health in an interview with TF1 and LCI May 29. He stated that "I don’t believe a sane individual can suspect the slightest signs illness or disease in him." He also cited recent public appearances by the Russian leader. 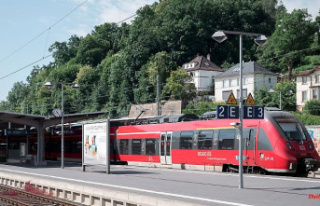