The human rights organization Amnesty maintained its criticism of the Ukrainian war tactics on Sunday, but apologized for the consequences of the publication of its report: "We fully stand by our findings, but regret the suffering caused. 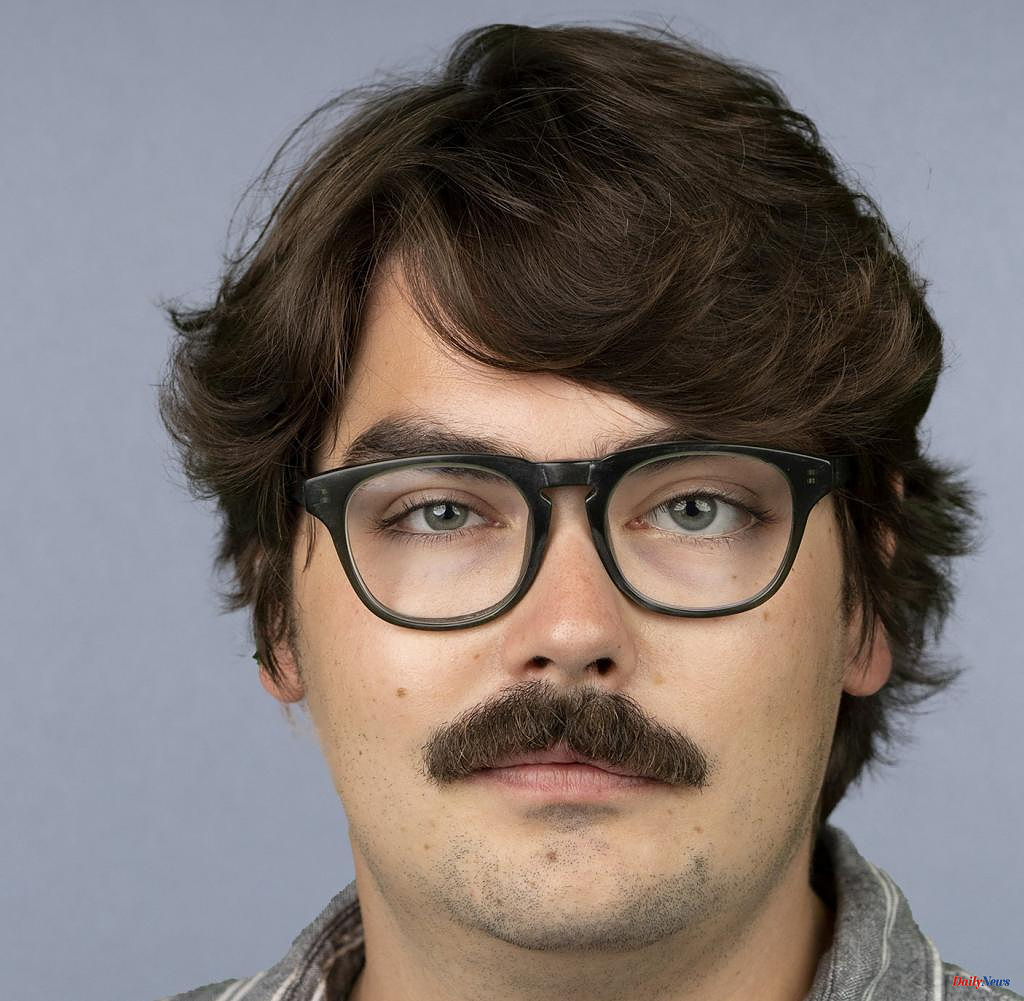 The human rights organization Amnesty maintained its criticism of the Ukrainian war tactics on Sunday, but apologized for the consequences of the publication of its report: "We fully stand by our findings, but regret the suffering caused." Amnesty "deeply regrets the anger and the anger provoked by our press release about the combat tactics of the Ukrainian military," read an email sent to the Reuters news agency. “Amnesty International's priority in this and any other conflict is to ensure the protection of civilians. Indeed, that was our sole aim when we published this latest research.”

In Sunday's email, Amnesty International reiterated that Ukrainian forces were found near civilians in 19 towns and villages visited by officials. As a result, they were exposed to the risk of Russian fire. "This does not mean that Amnesty International holds Ukrainian forces responsible for the violations committed by Russian forces, nor that the Ukrainian military is not taking proper precautions elsewhere in the country," it said. "We have to be very clear: nothing we have documented in the Ukrainian armed forces in any way justifies Russian incursions."

According to the Russian army, it has destroyed tons of ammunition that NATO countries have supplied to Ukraine. A warehouse with a total of 45,000 tons of ammunition was hit in the southern Ukrainian region of Mykolaiv, Russian Defense Ministry spokesman Igor Konashenkov said on Sunday. This could not be verified independently. Konashenkov also reported five other weapons depots that had been attacked - one of them in the particularly hard-fought eastern region of Donetsk.

In Donetsk, Russia's air forces also attacked the small town of Bakhmut, killing up to 130 Ukrainian soldiers, Moscow said. That too could not be verified. Bakhmut is considered the cornerstone of a defensive wall that the Ukrainian army has built around the metropolitan areas of Sloviansk and Kramatorsk. This is coming under increasing pressure.

According to the Joint Coordination Center, three of the ships are loaded with a total of more than 171,000 tons of corn. The "Glory" has the destination Istanbul, the "Star Helena" is heading for Nantong in China, and the "Riva Wind" is going to the Turkish port of Iskenderun. The fourth ship, the Mustafa Necati, will bring more than 6,600 tons of sunflower oil to Monopoli in Italy.

The center also gave the green light for a ship bound for Ukraine for the first time. The "Osprey S" will leave the Bosphorus towards Chornomorsk on Monday, it said.

The German Tenants' Association fears that the high energy costs will overwhelm many people financially. "We're talking about millions here," club president Lukas Siebenkotten told the "Tagesspiegel". He called for a comprehensive reform of the housing benefit and better protection against dismissal for tenants. In view of the feared supply problems in winter, the Federal Network Agency and the Federal Association of Consumer Centers urgently called for energy saving.

The tenants' association estimates that at least the lower third of the German population cannot afford the rising energy costs. "That's a hell of a lot of people," said Siebenkotten. People who are just above any state transfer benefit are particularly affected.

According to the Federal Ministry of Agriculture, farmers who use EU subsidies will still have to comply with “standards for maintaining land in good agricultural and ecological condition” in 2023. This included the crop rotation on arable land, i.e. the annual change of the main crop, and the conversion of a minimum of four percent of the arable land into biodiversity areas.

In view of the consequences of the Russian war of aggression in Ukraine, the EU Commission has given the member states the opportunity to exceptionally relax the standards for food production in 2023: According to the information, the mandatory crop rotation can be suspended, as can the obligation to four percent non-productive surfaces.

If the EU states make use of these exemptions, they must notify the EU Commission of this by August 28 at the latest, according to the Ministry of Agriculture. However, farmers are under no obligation to apply the exemptions, it said. So if you want to do something for climate and species protection within the framework of EU agricultural funding, you can continue to apply the EU regulations that will apply from 2023.

According to the Ukrainian state-owned company Energoatom, an employee was injured in an attack on the Ukrainian nuclear power plant Zaporizhia on Saturday evening. The site of the interim storage facility, in which 174 casks with spent fuel elements are located outdoors, was hit by rockets, the operator announced on the short message service Telegram.

The worker was injured by shrapnel and taken to the hospital. "Three radiation monitoring sensors around the site of the Zaporizhia nuclear power plant were damaged," it said. "It is therefore not yet possible to detect and react in good time if the radiation situation deteriorates or if radiation escapes from casks with spent fuel elements."

The Zaporizhia NPP with its six reactor blocks is the largest in Europe and was brought under control by Russian troops at the beginning of the war. The operation is running thanks to Ukrainian technicians. Already on Friday, grenades hit a high-voltage line on the nuclear power plant site, after which the operator took one of the reactors off the grid.

Ukrainians and Russians have accused each other of shelling, for the second time in just a few days. While Enerhoatom accused the Russians of having fired on the area under their control themselves, the Russian news agency "Interfax" reported that it was the Ukrainian army that fired a rocket at the nuclear power plant on Sunday night.

According to the Ukrainian General Staff, Russia is continuing to transfer war technology to neighboring Belarus. Among other things, in the border area with the western Ukrainian region of Volhynia, additional forces and equipment for air defense would be stationed on Belarusian territory, the general staff in Kyiv announced on Sunday. This could not initially be verified independently.

The former Soviet Republic of Belarus has never officially entered Russia's war. Shortly after the invasion began at the end of February, the authoritarian ruler Alexander Lukashenko admitted that Russian rockets had been fired from Belarusian territory in the direction of Ukraine.

According to a media report, former Russian special envoy Anatoly Chubais has left the intensive care unit in an Italian hospital. "He's doing better," reported the daily newspaper "La Repubblica" on Sunday. Accordingly, the 67-year-old was released from the Mater Olbia hospital in Sardinia late Saturday morning. He had traveled to Frankfurt to recover there in a rehabilitation clinic. Some media and opposition figures had speculated that he might have been poisoned.

Two insiders had previously told Reuters news agency that Chubais had Guillain-Barré syndrome. The rare autoimmune disease that attacks the nervous system can cause life-threatening problems such as severe breathing difficulties and blood clots. The results of the toxicological tests are not yet available, the Italian daily wrote. But Chubais responded to the treatment "so that the doctors are sure" that his health problems were Guillain-Barré syndrome. He was able to leave the hospital without outside help.

A month after the Russian attack on Ukraine, Chubais resigned his post as President Vladimir Putin's special envoy for relations with international organizations and left Russia in March.

According to British information, half a dozen high-ranking Russian military officers have been dismissed since the Russian invasion of Ukraine almost six months ago. Poor performance by the armed forces during the invasion had been costly to Russia's military leadership, most likely resulting in the dismissal of at least six commanders, Britain's Defense Ministry said in its regular intelligence update on Sunday. Among others, General Alexander Dwornikov was deposed after he was given overall command of the operation in Ukraine.

In addition, at least ten Russian generals were killed on the battlefield in Ukraine, the British wrote. All of this probably contributed to Russia's tactical and operational difficulties in the war of aggression.

The grain carrier Razoni, which became the first ship to leave a Ukrainian port under the Ukraine-Russia agreement, will not arrive in Lebanon this Sunday as expected. The Ukrainian embassy there communicated this on request. The "Razoni" left the Ukrainian Black Sea port of Odessa on Monday and was due to moor in Tripoli in northern Lebanon this Sunday. The Ukrainian embassy said the freighter was late, but gave no details. Shipping data on MarineTraffic.com shows the "Razoni" off the Turkish coast on Sunday morning. The freighter has loaded around 26,500 tons of grain.

A second convoy of freighters loaded with agricultural goods has left the port, according to Ukrainian sources. Infrastructure Minister Oleksandr Kubrakov tweeted that four ships had left Ukrainian Black Sea ports under the framework agreement agreed between Turkey and the United Nations with Russia. These are the freighters Mustafa Necati, Star Helena, Glory and Riva Wind. They would have loaded a total of almost 170,000 tons of grain.

Ukrainian President Volodymyr Zelenskyy recognized the achievements of his country's armed forces this week. They had "strong results" in the destruction of Russian logistical equipment and positions in the rear, says Selenskyj in his video speech on Sunday night. "Each strike against the enemy's ammunition depots, command posts and stockpiles of Russian equipment saves the lives of all of us, the lives of the Ukrainian military and civilians."

The Ukrainian government has appealed to the Greens to let the last nuclear power plants in Germany continue to operate beyond the end of the year. The coming winter will be a "key winter", said the closest adviser to the Ukrainian President Volodymyr Zelenskyj, Mykhailo Podoljak, the "Tagesspiegel". In view of the throttling of Russian gas supplies, it does not make sense to shut down the three plants in December

"It is imperative that we use everything we have to create a new energy map in Europe as quickly as possible and to stop financing Russia's war," stressed the presidential adviser. This is also a question of leadership. “We are paying a high price, many people are dying. We hope that our partners will see and understand this award and do everything possible on their part,” said Podoljak.

The International Atomic Energy Agency has been alarmed by the shelling of the Ukrainian nuclear power plant in Zaporizhia during fighting between Russian and Ukrainian troops. IAEA Director-General Rafael Grossi on Saturday warned of the risk of a nuclear disaster that could threaten public health and the environment in Ukraine and beyond.

He was "extremely concerned" about Friday's events. "Any military firepower aimed at or emanating from the facility would be playing with fire, with potentially catastrophic consequences," Grossi said. A threat to the security of Zaporizhia must be avoided "at all costs".

Europe's largest nuclear power plant was occupied by the Russian army in March, but is still operated by the Ukrainian state-owned company Energoatom and its workforce. Ukraine and the US accuse Russia of using the nuclear power plant as a protective shield. Russia rejects this.

On Friday, Energoatom shut down one of the six reactors after an artillery shell damaged a high-voltage power line that is vital to the operation. Ukraine and Russia blamed each other for the shelling and accused each other of risking a nuclear disaster. According to Energoatom, no radioactivity escaped. 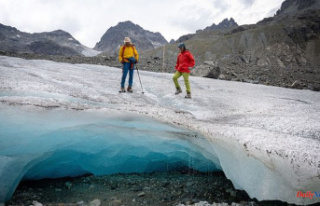