"An event of the century": Steinmeier condoles to King Charles

Like many heads of state from around the world, President King Charles expressed his condolences. 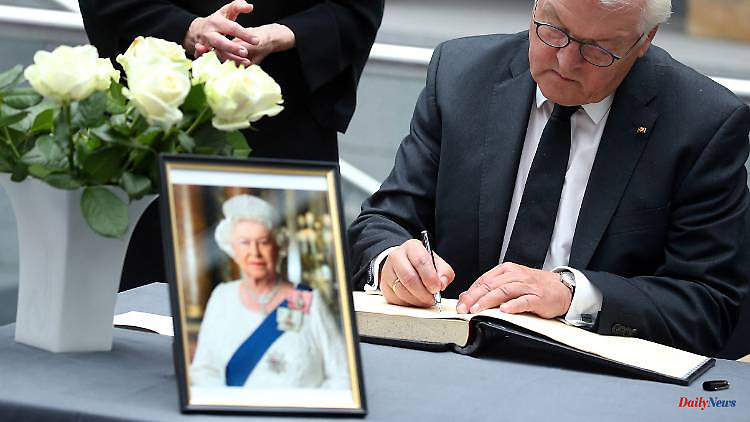 Like many heads of state from around the world, President King Charles expressed his condolences. Steinmeier praises the Queen's state funeral as an "event of the century". The queue to say goodbye is now closed, the program for the funeral service is set.

At a reception in London's Buckingham Palace, Federal President Frank-Walter Steinmeier presented British King Charles III. condoles. Steinmeier brought the condolences of the Germans to the king, said the spokeswoman for the Federal President, Cerstin Gammelin, on Twitter in the evening. She also published a photo showing the king and the federal president.

Steinmeier had previously pointed out the uniqueness of the state funeral for the late Queen Elizabeth II on Monday in London in the ZDF "heute-journal". The state funeral was an "event of the century," he said, acknowledging the Queen's authority, which she had "achieved through her consistency, her experience." A 70-year reign will hardly be possible again, said the Federal President. "You can't imitate that," he said when asked about the Queen's role model. "But it shows that the Queen has found ways and means of influencing the population, of giving assurances that this country has a future despite all the problems," said Steinmeier, referring to Great Britain. This is also the task of a German Federal President.

Steinmeier showed understanding that numerous state guests who traveled to London for the funeral service were driven through London in buses. "I don't blame this at all," he said. The state funeral was "a huge organizational task" that the British "solved in an excellent way". The Federal President, who is attending the funeral ceremonies in London together with his wife Elke Büdenbender, emphasized that there was also the opportunity to talk to numerous other state guests. With a view to the war in Ukraine, however, the Federal President warned against excessive expectations: "We must not expect that such encounters on the sidelines of funeral services will give rise to new initiatives, for example for peace solutions, or that ideas will suddenly grow on how to end the war in Ukraine ."

The queue "The Queue" in London to say goodbye to the Queen's coffin has now been closed. As the British Ministry of Culture announced late Sunday evening at around 10:40 p.m. local time, no more people were admitted. Many thousands of people had lined up in the kilometer-long queue over the past few days to pay their last respects to Elizabeth II.

The doors of Parliament's Westminster Hall, where the monarch had been laid out since Wednesday evening, were due to be closed on Monday morning. Most recently, the waiting time was eight hours; the queue stretched as far as Tower Bridge. In the meantime, people had queued for more than 20 hours to see their queen's coffin. Even celebrities like the former England soccer player David Beckham had queued up in the queue, also known as the "Elizabeth Line" - after the subway line of the same name.

Nine-year-old Prince George and seven-year-old Princess Charlotte will attend the funeral service for their great-grandmother Queen Elizabeth II on Monday. This emerges from the program of the service in Westminster Abbey, which was published in the evening. Accordingly, the two older children of Prince William and Princess Kate join the procession behind the coffin inside the church. Around 2,000 guests, including heads of state and government and crowned heads from all over the world, are expected to attend the funeral service as part of the state funeral.

On the eve of the state funeral, King Charles III thanked for the great sympathy after the death of his mother. "My wife and I have been deeply touched by the many messages of condolence and support we have received from across the country and the world over the past ten days," the monarch said on Sunday evening, according to a Buckingham Palace statement. "As we all prepare for the final farewell, I want to take this opportunity to thank all the countless people who have been such support and comfort to my family and I at this time of grief," said the king. 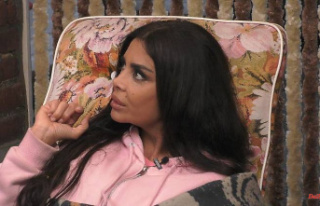