Andrew is also allowed to wear a uniform: the Queen's children keep a wake at the coffin

The Queen's four children pay tribute to their late mother. 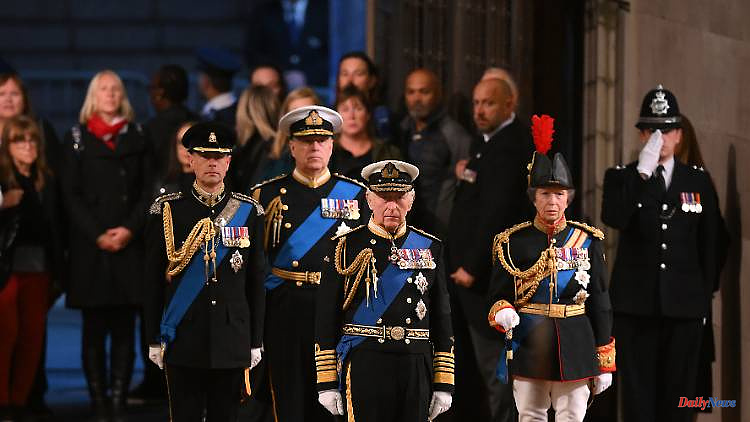 The Queen's four children pay tribute to their late mother. Hand in hand they hold a vigil at the coffin of the British Queen. Everyone wears a uniform - exceptionally including the disgraced Prince Andrew.

The Queen's four children kept vigil at their mother's coffin for a quarter of an hour in the evening. King Charles III, Princess Anne, Prince Andrew and Prince Edward - all in uniform - positioned themselves around the coffin, clasped their hands and looked down. Many other members of the Royal Family also attended the wake from a podium on the edge of Westminster Hall in Parliament, where the coffin has been laid out since Wednesday evening.

The wake is reportedly the only occasion at the funeral ceremonies that Prince Andrew will be allowed to wear a uniform. The Queen stripped her second eldest son of all military ranks earlier this year for his involvement in the abuse scandal surrounding the late US multimillionaire Jeffrey Epstein.

After the four Queen's descendants had taken their places, visitors continued to stream through the medieval hall, wanting to pay their last respects to the monarch. In the evening, the queue stretched from Parliament across Lambeth Bridge and along the south bank of the Thames for about eight kilometers to the borough of Southwark. The expected waiting time was estimated at at least 22 hours. In view of the cool temperatures, people were asked to dress warmly.

There will also be a royal wake on Saturday. Then the Queen's grandchildren, heir to the throne Prince William, his brother Harry and their cousins ​​will keep watch over the coffin. Harry should then exceptionally be allowed to wear a military uniform. He had voluntarily renounced the inner circle of the royal family and had to give up his ranks as a result.

1 What to stay away from: DiCaprio shared his secret... 2 "Now my life's work": The American... 3 A history teacher during the war: "I don't... 4 Pomp, pageantry and anointing: the monarchy is just... 5 LGBTQ community concerned: Right-wing politicians... 6 "Big leap backwards": China is closing 7 A little better or a lot?: The iPhone 14 has to be... 8 Release of cannabis: is Lauterbach threatened with... 9 Stephan Weil in the ntv.de interview: "Our state... 10 After the death of Mahsa Amini: women in Iran cut... 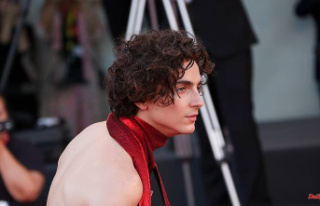 What to stay away from: DiCaprio shared his secret...