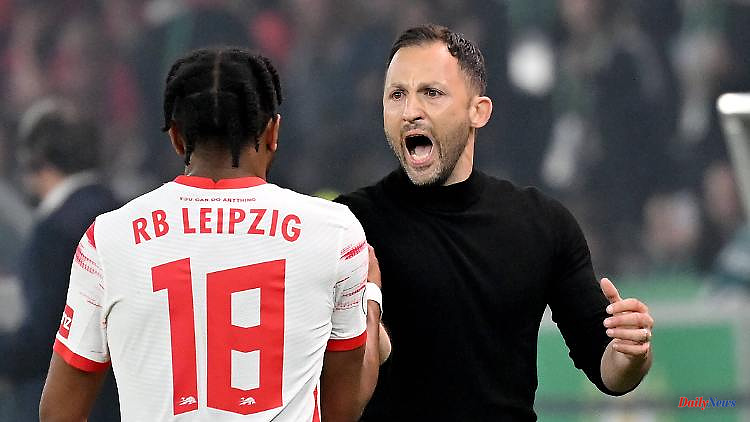 Just 13 years after the club was founded, RB Leipzig won its first major title in German football. A fairy tale, one would like to believe. But hardly anyone from the Bundesliga dares to congratulate the Saxons in public. The right-wing camp sees a victory "over political correctness".

So now it happened. RB Leipzig has the first big trophy in its cupboard. With a penalty shoot-out win against SC Freiburg, the Saxons were crowned winners of the DFB Cup. Only 13 years after the club was founded by taking over the license from SSV Markranstädt, six years after promotion to the Bundesliga and on the third attempt in Berlin, the name of the Leipzig team was engraved on the cup.

"I think we have to stop and see what we have achieved in the last 13 years, in six years in the Bundesliga," said the visibly moved managing director Oliver Mintzlaff after the game on ARD and also described the title on Sky as a piece wide satisfaction "for all that we had to endure and read." The criticism of the last few weeks and days had not gone unnoticed by him.

"Forever a part of this great cup history. Get used to it," wrote Leipzig on Twitter the morning after the big win, this seismograph of eternal outrage. It had been thrown at the club, which was financed by an Austrian right-wing populist, from almost all sides in the last few days and during the game - also because on the final day they had had numerous athletes from their own Red Bull stable recite greetings with a marketing video.

So it was perhaps also understandable that the protagonists, after days of attacks on the club and the Red Bull system behind it, reacted touched and thin-skinned after the victory they had achieved despite being outnumbered for an hour. Leipzig's criticism was first directed at referee Sascha Stegemann, who correctly recognized Freiburg's opening goal despite a previous handball and denied RB a penalty late in extra time.

Both RB boss Mintzlaff and coach Domenico Tedesco told Stegemann and his assistants on the pitch what they thought of the officials' performance - little. "We were certainly not satisfied with the referee's performance and I only told him that briefly. No more and no less. I don't think it matters much today, but today we'll really let it rip," said Mintzlaff on ARD about his conversation with the referee right after the final whistle.

And Tedesco later reported on the "pure hate" that the Leipzigers received from the Freiburg bench after the red card against Marcel Halstenberg in the 57th minute. The coach complained that this continued after the final whistle and accused the defeated Freiburg team of being bad losers.

Back on Twitter, the winner hardly played a positive role on the social network. The usual congratulations from the DFL and the other Bundesliga clubs were almost completely absent. Only the TSG Hoffenheim congratulated on a club account. Oliver Kahn, the CEO of FC Bayern Munich, used his private account while the record champion was silent. Union Berlin, on the other hand, sent a lot of love to Freiburg and VfL Bochum instead congratulated FV Engers on winning the Rhineland Cup.

On the other hand, Tino Chrupalla, the federal spokesman for the AfD, reacted differently, who saw the success of Leipzig as a "victory over political correctness" through "Saxon steadfastness and Austrian entrepreneurial spirit". Now a club can't choose its fans or its well-wishers, but the remarkable reaction from the far right showed once again how poisoned the debate about the figurehead of the marketing giant Red Bull has become. It is not a normal club that entered the history books. It is someone who divides like no other in Germany.

1 "We fought back": Afghanistan's TV... 2 Luca Hänni and Christina Luft: "Let's Dance"... 3 "There's more to it": Olympic champion... 4 German NHL striker injured: The Ice Hockey World Championship... 5 BND confidential report: Right-wing extremists take... 6 Concern and relief: Mann had to be revived at the... 7 Life in the Sicilian palace: when the countess has... 8 "Completely Unfamiliar": Charles and Camilla... 9 Advisor "simply not clean": FC Bayern is... 10 Speech in Parliament: MPs in Kyiv applaud Duda 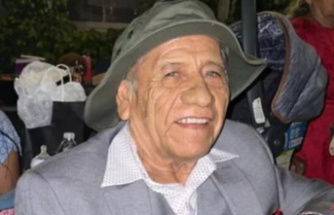 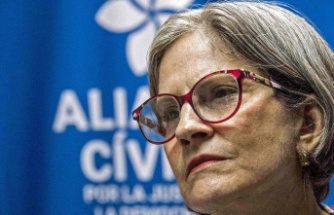 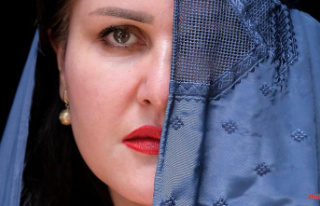 "We fought back": Afghanistan's TV...