After the Omicron wave seemed almost over, Russia's invasion of Ukraine again caused massive uncertainty in the economy. 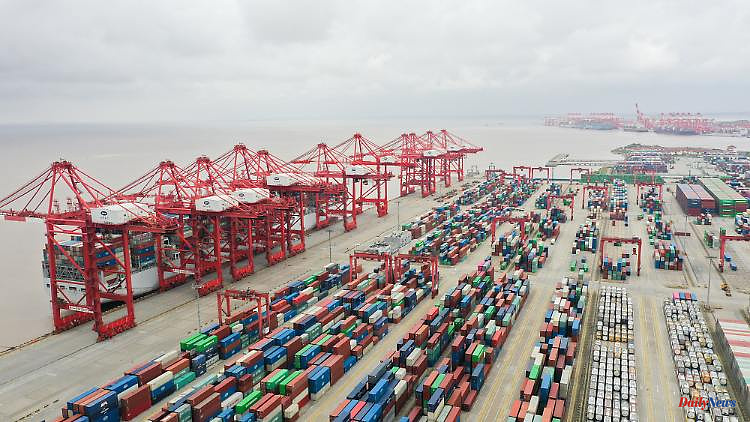 After the Omicron wave seemed almost over, Russia's invasion of Ukraine again caused massive uncertainty in the economy. Containers are stuck at important ports, delivery bottlenecks do not stop. Consumers will soon notice that too.

First the corona pandemic, then recovery, now the economic and energy crisis caused by the Ukraine war. The German economy is riding a rollercoaster. While high inflation and expensive energy are troubling companies and consumers, some industries have already shaken off the virus crisis. Nearly. If it wasn't for China. The tough anti-Covid course with lockdowns in metropolises like Shanghai is slowing down world trade.

"The German economy will still feel it," says Vincent Stamer, trade expert at the IfW Institute in Kiel. "Now consumers are likely to start to notice supply bottlenecks for some products." Economic head Timo Wollmershäuser from the Munich Ifo Institute also emphasizes: "It will probably hit us with full force in May and June." Because 15 percent of all imported primary products come from China.

When the Omicron wave lost its terror and seemed almost over, the Russian invasion of Ukraine at the end of February again caused massive uncertainty in the economy. Since then, associations and economists have been pulling together their growth forecasts and instead pulling recession scenarios out of the drawer again. The federal government only expects an increase in gross domestic product (GDP) of 2.2 percent in 2022.

The outbreak of the Corona crisis in China was initially in the background, but the strict zero-Covid strategy of the Beijing government is now slowing down world trade and the global economy. German foreign traders are also noticing this. China has been Germany's most important trading partner since 2016: goods worth around 245 billion euros were traded between the two countries in 2021.

At the beginning of the year, the Association of German Chambers of Commerce and Industry (DIHK) still expected six percent export growth. But disillusionment has long prevailed. "There will not be much more for the German export economy than hopefully a black zero," said Volker Treier, DIHK foreign trade chief recently.

In China, many companies and employees felt imprisoned because of the strict procedure, especially in the region around Shanghai, which is important for German companies. "The frustration can't be much higher." The federal government is also concerned about the far-reaching sealing off of entire metropolitan areas. "Roughly three percent of the global container freight capacity is currently stuck in a traffic jam in the port of Shanghai," explains the Ministry of Economic Affairs.

A container ship from China to Germany takes around 30 to 40 days, as IfW expert Stamer explains. He increasingly expects bottlenecks in intermediate and end products for a wide range of goods: from semiconductors and other electronic goods to textiles and furniture. "China will probably impose further lockdowns in other cities and thus in other production sites," says the Kiel researcher. "Supply bottlenecks in trade with China will continue to haunt us this year."

But with the end of port blockades, everything is far from running smoothly again - logisticians can sing a lament about that. "Even if the ship jam off Shanghai clears and most factories in China come out of the lockdown, it will take many months for the supply chains to normalize," says market expert Christian Kille from the German Logistics Association (BVL). It's like a traffic jam on the freeway that spreads and builds up even though the actual reason for it has long since disappeared. "It will be months before the hinterland traffic is working again and the empty containers have found their way to the next load," warns Kille. "The ship jam will also initially shift to the European ports because they will not be able to cope with the rush after the break."

Meanwhile, Shanghai, with its 25 million inhabitants, is heralding the end of the more than six-week lockdown. The easing also comes against the background of massive economic damage. Local companies are now being hit with a delay. "That will further exacerbate the problems of German industry," says Ifo economist Wollmershäuser. The company's dilemma is a "good order situation - but stagnating production".

This means that the second quarter in industry is in the red. But consumer-related service providers should provide momentum after the corona easing. "That supports the GDP recovery of the entire economy." Allianz chief economist Ludovic Subran sees headwinds for the industry in the next three to six months. The construction and automotive sectors are likely to feel this and possibly go back to short-time work. "It wouldn't cause a recession," Subran insists. "But the summer quarter could still be difficult for production because of the China lockdown." 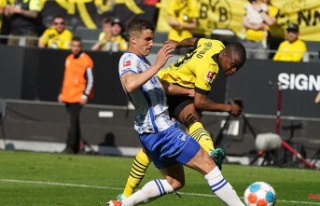