Hamburger SV wants to take a big step back into the Bundesliga in the evening in Berlin. 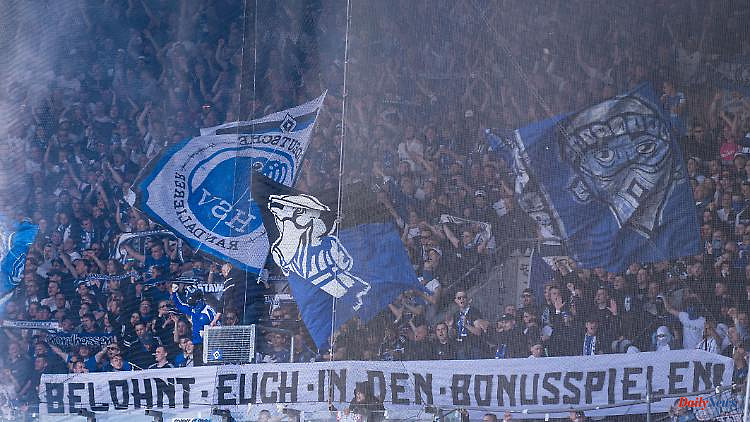 Hamburger SV wants to take a big step back into the Bundesliga in the evening in Berlin. The second division team is accompanied by thousands of fans. Estimates differ on exactly how many there will be. If it is up to the home side, the HSV fans remain largely invisible.

The fans of Hamburger SV want to make provisions for the affiliation with the Bundesliga at Hertha BSC before the relegation first leg. As the Berlin club warned via Twitter: "Caution: Outside the guest area (blocks G/H, I and 15-17), wearing fan clothing of the guest team is prohibited. In such cases, our security personnel will deny access to @Oly_Berlin or to the refuse seats", HSV supporters do not want to take any risks in other areas of the stadium and dress more modestly.

"We recommend wearing HSV fan articles only in the official guest block area," tweeted the HSV Supporters Club. Otherwise, the approximately 65,000-strong organization demanded: "All in blue to Berlin!" HSV supporters bought significantly more tickets for the game in the evening (8.30 p.m. / Sky and Sat.1 and in the live ticker on ntv.de) than the official guest contingent of 7,500. Hertha speaks of around 15,000 tickets, Hamburg fan organizations even expect up to 25,000 HSV supporters in the Olympic Stadium.

It is undisputed that the visiting fans were able to get hold of significantly more tickets than they were actually entitled to. And that causes trouble for Hertha BSC, which only dropped back to relegation rank in injury time on the last Bundesliga matchday. "I will provide information on this at the general meeting. Already on this path: We didn't solve it well and I apologize to all those affected," tweeted Finance Managing Director Ingo Schiller on Monday.

The fan shops in the Hanseatic city are now reporting a sale of jerseys. The diamond shirts have been in demand in the past few weeks like never before, it said. Around 60,000 jerseys are said to have been sold in the past second division season. 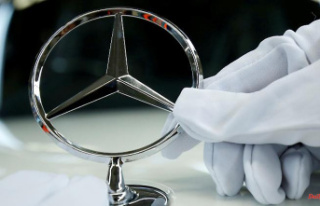