Arch Enemy's Alissa: "Guys only saw me as a 'hot chick'"

Arch Enemy are among the most successful export hits that the Swedish melodic death metal scene has to offer. 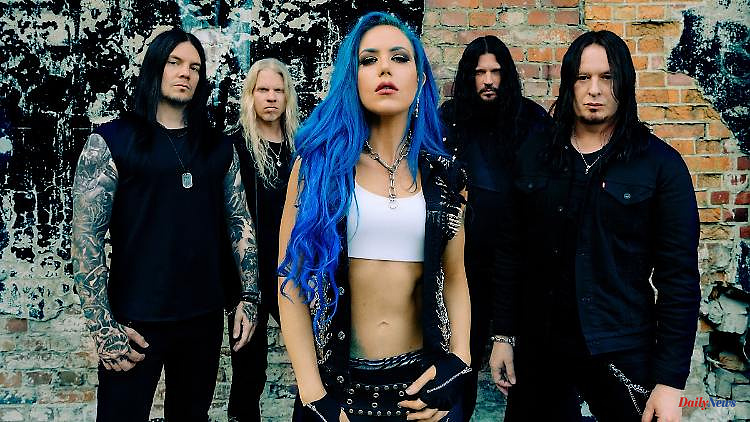 Arch Enemy are among the most successful export hits that the Swedish melodic death metal scene has to offer. With their last two albums "War Eternal" and "Will To Power", the band from Halmstad has made a name for itself far beyond the borders of their beautiful country. It's been five years since the last work was published. Time for something new, and so now Arch Enemy's eleventh album "Deceivers" is out. Material that they just presented live at Wacken.

Alissa White-Gluz has been the front woman since 2014, and she gave new impetus to the success of the band around Michael Amott, which was founded in 1996. The native Canadian talks to ntv.de about the critical state of humanity, the benefits of years of veganism and the role of women in a male-dominated metal scene.

ntv.de: It's been five years since your last album was released. Did Corona play a role in the fact that the gap between two releases has increased this time?

Alissa White-Gluz: It doesn't seem that long to me, which is probably because after "Will To Power" we were on tour all the time until 2019. So we might not have released anything until this year anyway. But yes, things have happened in the last two years that haven't exactly accelerated it. (laughs) Basically everyone could or had to take a two-year break from their usual life. And if you look at it that way, it was only three years. That's a normal amount of time...

Has the changed situation influenced the themes on your album? Do you have different things on your mind today than before?

Of course, we avoided making the pandemic itself an issue. We've all heard enough about that. And when you're writing new music, it's always good to make it as timeless as possible so people can still hear and feel it 20 or 50 years from now. But certainly the less obvious consequences of the pandemic have had an impact on our songs. For example, "House Of Mirrors" is about the psychological effects of isolation and how the concept of home has changed, which suddenly feels like a prison you're trying to escape from.

The role of women in the music business is discussed again and again, especially with regard to festival line-ups. In metal, the quota of women is particularly low. What has to happen for equality to find its way here too?

Men usually ask me this question. (laughs) Unfortunately, I don't have an answer to that. The business is male-dominated, like many other areas - most car mechanics are also male. There may not be many women in Metal yet, but there are quite a few. And we work hard, we all know each other and we support each other. That's important I think. It's great to see more and more women in festival line-ups and on tour posters. It's certainly good that there are festivals where only women are on stage, but it would be nicer if men and women played equally at the same event.

How did you experience that at the beginning of your career? Did the support come more from women or from men?

Definitely by women. Guys only saw me as a "hot chick" and didn't really support me. Women also judged me more clearly than men. And when I see for myself how great my colleagues are doing their job, I celebrate it. It makes me proud and happy. I am friends with all the women from the scene that I have already met. I would love to be with everyone else and look forward to getting to know them.

Does it bother you when the "Hottest Chick" is chosen in magazines or at festivals? Such sexist rankings only exist from men to women, and hardly the other way around. And that speaks volumes...

I try not to look at it too personally. But of course there is sexism in the scene, and many guys still feel that this should remain a men's club with no room for women. Good luck with that, we are here and we have no intention of leaving. (laughs) Some people will never accept that. Men who think a woman in a band is nothing more than a gimmick. But we women also love metal and want to play it. It's as simple as that. I don't experience much sexism in my life, though. Of course there are corresponding comments on the Internet, but that's not real life. Everyone around me - my bandmates, our crew, other bands - are cool with me. But we can make a list of the most stylish men in metal...

You're not only a feminist, you're also a vegan, which isn't always easy on tour...

I've been vegan since 1998 and find it - especially today - super easy, even on tour. There's nothing difficult about it for me.

How angry people make you who still claim in 2022 that they could never live vegan because humans were not made for this kind of "malnutrition".

Things always take time to get through to people. There was a time when women were not allowed to vote. Today that is - at least for us - unimaginable. Big changes are always rejected before people actually go down the path. I think veganism is the next big thing. Food is something very personal, rooted in tradition and sometimes even in religion. For many, it means family time, something very intimate. When it then becomes clear that much of this is no longer ethically and morally justifiable, people become defensive. I understand that. But when you realize that you have a choice, that you can choose things that are ethical and sustainable, then it is everyone's responsibility to make that choice. So when people say they can't do it, they just haven't tried it before, otherwise they would know how easy it is.

It's frustrating to see what other people put in their shopping carts. Cheap meat sealed in plastic, lots of sausage, cold cuts... How do you not lose hope that things will get better one day?

You have to understand that you make a difference as an individual to not get frustrated. In my lifetime alone, my behavior has saved the lives of around 1000 animals that did not die for my consumption. I have never eaten meat in my life and I find bloody body parts in the freezer disgusting. In addition, the moment I enlighten people about veganism, the whole thing spreads, potentiates, because I can maybe get one or the other person to rethink. I keep getting messages from fans who write that they are now vegan too - because of me or because of the band. Everyone matters, even if you're vegan and don't tell anyone - you're saving lives every day. You are important to these animals.

Especially since the end of factory farming would also solve a large part of our climate problem, which is hardly discussed because there is far too much lobbying involved.

Science and logic prove us vegans right. Globally, humans kill more than 70 billion animals each year, and that's not counting the millions upon millions of marine animals - fish, bycatch, and those marine life killed by pollution. We feed and kill 70 billion land animals - with just eight billion people on this earth. It takes so many resources to grow crops, then feed them to cows, raise them, slaughter them, process them and bring the meat to people... But the industry that's responsible for it is so closely linked to the Governments connected that there is no interest in changing anything. Instead, it is also subsidized, although it all makes no sense today. And sure, air travel, cars and so on also harm the environment, but the easiest thing would be to start with the diet and go for the vegan burger or vegan ice cream.

Maybe you get people more about their own health? For example, you have fantastic skin, great hair and enough energy to give it your all on stage. This is certainly also thanks to your diet ...

(laughs) Thank you! And yes, there is also the health aspect. I like to stand for the strength that vegans bring with them. You can also do a physically demanding job with a vegan diet, and I'm always happy to see that others do the same.

You can finally do it yourself on stage again...

Exactly. Our last show before the pandemic was at the end of 2019. The gigs planned for 2020 have been postponed, as has the 2021 tour. We've now toured North America with Napalm Death, it was fantastic. It's great to be back on the road, because I've never had such a long break as before. It was even better now. And soon we will also be coming to Europe, which we are really looking forward to.

The album "Deceivers" will be available from August 12th. 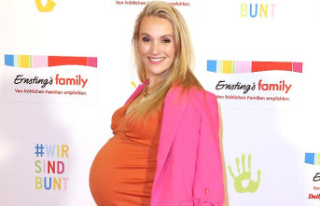